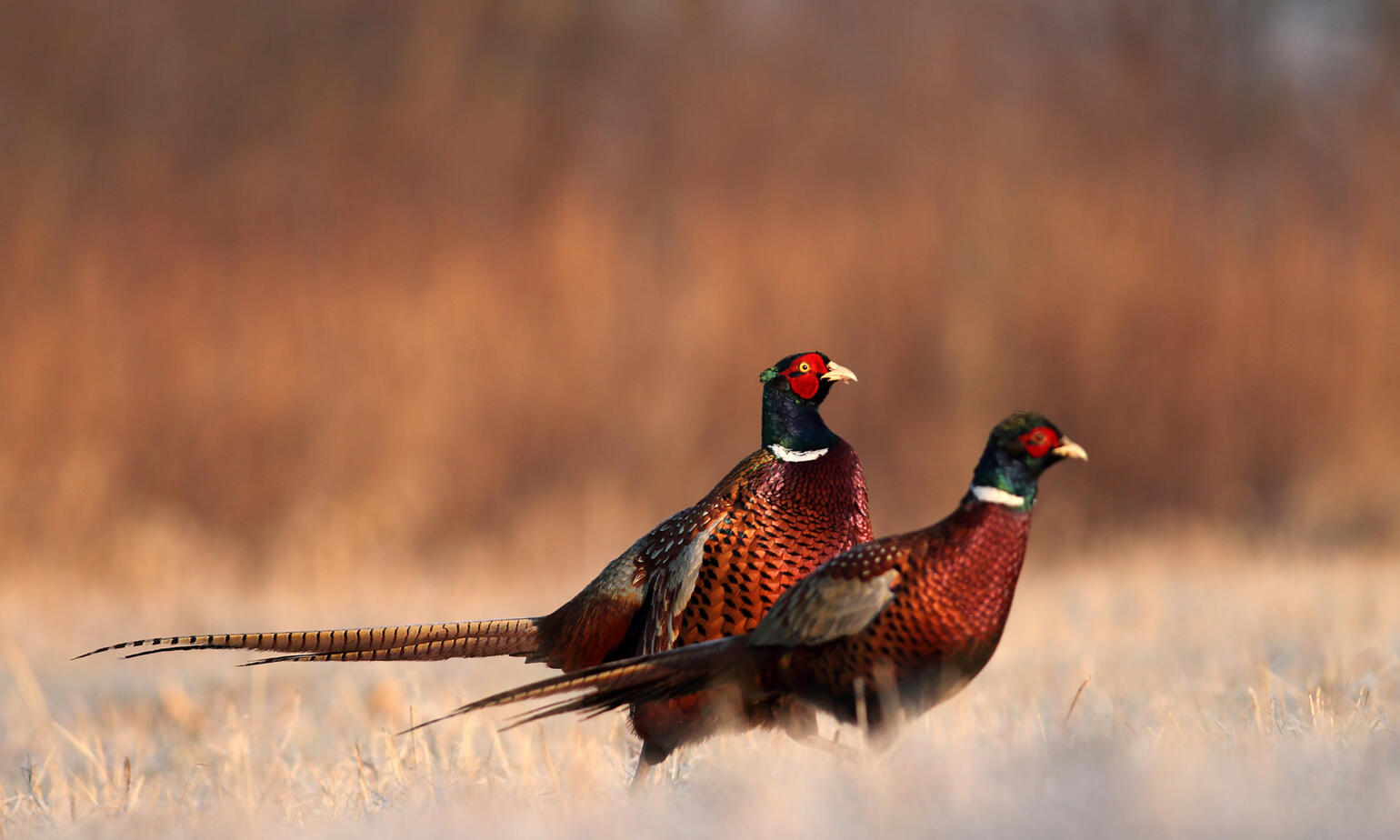 Hanged meat can be a topical conversation for the festive period. As a chef, I'm often asked my advice on having a whole turkey or goose at Christmas. I always recommend buying a game hung bird. That's because the bird will have reached its full flavour potential and will ensure a centrepiece that will be the talk of the table.

Game hung birds are unique. The flavour is well-developed and rich, and this is why I am keen to recommend them. If you want to have the generous portions of a whole bird, you should opt for full flavour.

What is game meat hanging?

Hanging meat, in particular game birds, is a centuries-old practice which consists of hanging a game bird or poultry at a low temperature for some time before dressing and preparing the meat.

Every animal's meat is characterised by milder flavour and a tougher texture after slaughtering. Hanging the animal stimulates the development of a more distinct flavour and relaxes the muscles, making the meat more tender.

Larger animals like cows, pigs, and venison would be hardly edible without a minimum period of ageing, but smaller animals and birds such as turkey, cockerel, and geese are often commercially processed and sold before hanging to save on cost. That's because these animals generally have a more tender texture that doesn't require excessive attention, especially if the bird is killed at a young age.

It's for this reason that ageing the meat has become more of a choice than a necessity, and at the moment only a smaller percentage of meat retailers and fine restaurants can offer it.

How is game meat hung?

Hanging game birds, or any type of meat for that matter, is a delicate process that requires expertise and the right tools.

Birds are hung from a hook by the neck or by the legs with the internal organs still in place. The location and weather conditions must be optimal for good ageing. The temperature needs to be cold enough to stop the bacteria from proliferating but not so cold to freeze the meat, because that would stop the process.

A temperature of around 7-8 C° is considered good for hanging game meat but that would also depend on the animal's age and size. An older and bigger goose would require more hanging time to soften the meat and cooler temperatures would allow it to safely rest for more than 10 days.

When hanging, the levels of adrenaline drop, so the meat relaxes, matures and tenderises. The slowly decaying gut releases enzymes and gases that soften and flavour the meat by breaking down the connective tissues in the muscle. In the meantime, the controlled temperature and humidity prevent harmful bacteria from spoiling the meat. Day after day, the hung meat acquires more intense colours and deeper flavours, which is what makes for a delicious Christmas dinner table addition.

The revival of game hanging today

It might surprise you, but the turkey is a newcomer to the British Christmas menu; in Victorian times turkey would only feature on the tables of the upper classes, and they were game hung too. Goose was more common than turkey, but until recently, it was actually chicken which had pride of place in the British household at Christmas - seventy years ago chicken was a luxury for special occasions, and like turkey and goose, was produced on a small scale.

The industrialisation of poultry farming changed everything. Suddenly, rearing birds en masse for millions was possible, and a nation knocked by the war and just coming out of rationing embraced the plump North American bird as their own. Production rapidly switched from being a cottage industry to a conveyor belt of production.

In this system of mass production, game hanging had no place. It requires a great deal of storage and care to ensure each bird is hung correctly. It fell to artisan suppliers working on a very small scale to keep the tradition alive.

At Farmison & Co we naturally value the benefits of game hanging for the meat's quality. We're innovatively changing the supply chain, so that through the internet everyone has access to better meat. Our whole geese and turkeys are as a rule game hung as part of our core mission for everyone to appreciate quality food. Our game hung turkeys and geese are clearly marked as such and can be ordered now from our dedicated Christmas section. Be sure to pick up some Christmas trimmings too look at my cooking tips and serving suggestions if you're in need of guidance.For further reading, why not discover our values towards meat provenance and meat traceability. Both equality is important when considering eating better meat this autumn.