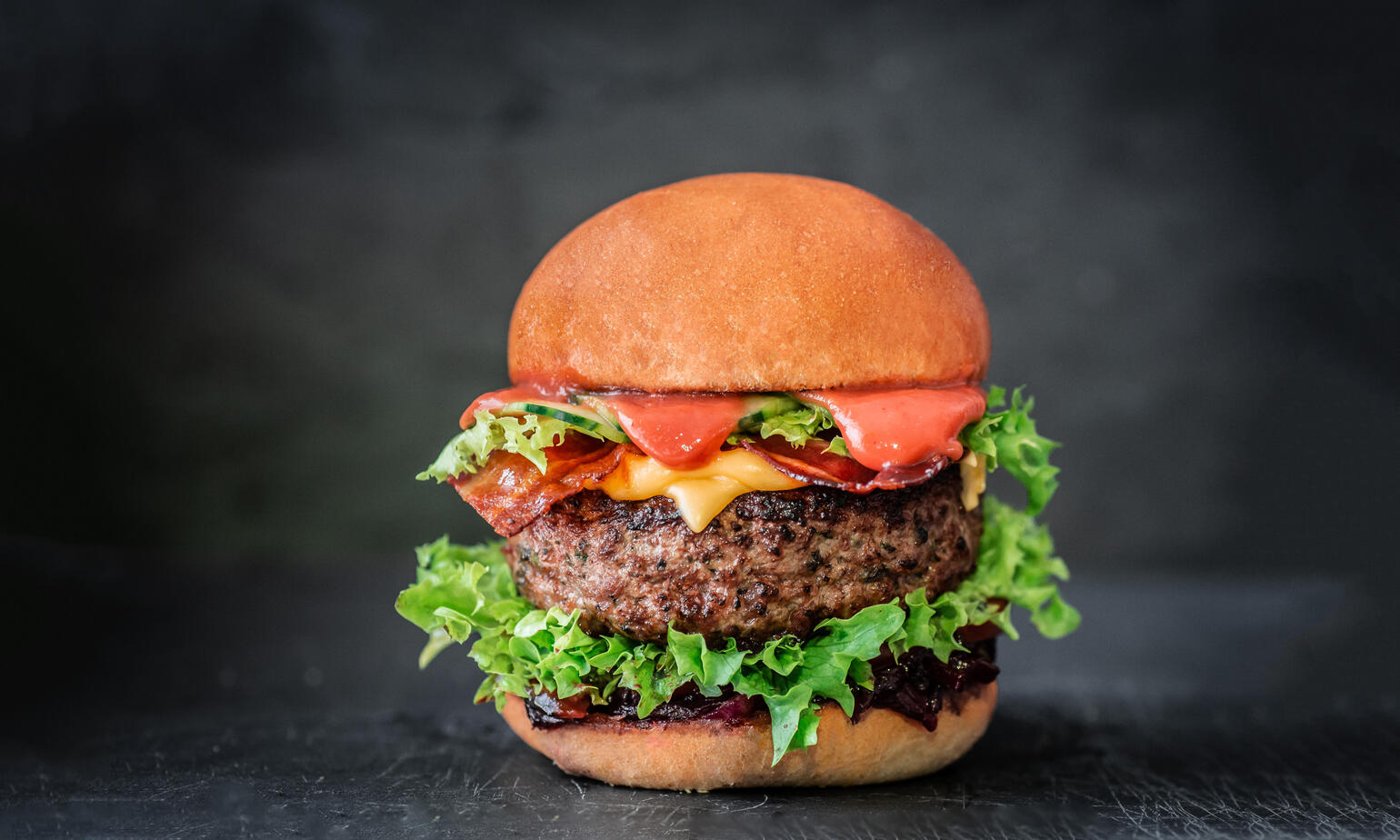 The burger. A universal language that resonates through cultures and creeds from east to west, north to south. Fast food joints have been instrumental in getting the multi-billion pound burger juggernaut rolling over decades, but, more recently, it's the zeal of culinary creatives that has been driving the innovation in and extraordinary quality and flavour of today's burgers. Nominated "the world's best burger", Au Cheval in Chicago serve theirs up with thick cut bacon, egg and melted cheese, on a plate, with a knife and fork and linen napkin… all very posh. Fergburger in Queenstown NZ have over 30 different burgers on their menu, so if you're bored with beef burgers (as if!!!), you could try cod, pork belly, falafel or even a seriously moreish breakfast burger. Over in Hanoi, Chops, who serve "hops, wheat and meat", bake their own buns daily and import their organic beef and lamb from Australia. Whilst in downtown LA, Umami Burgers have nailed the tastiness of their patties through ingredient-driven science. Their umami ketchup and miso-mustard have proved winners with their loyal customers. All obvious contenders for the Ultimate Burger! But, pressing on…

Several claims have been made as to the invention of the burger - the name, of course, originates in Hamburg, Germany, where, in 1758, "Hamburgh sausage" was eaten with bread. It's thought that a Dane, Louis Lassen was the first to serve the burger in the United States in 1900 but the history is murky to say the least and there are many ("Walt" Anderson of White Castle fame, Oscar Weber Bilby, Fletcher Davis to name but a few) who have claimed to be the burger brainchild. There are certainly similarities with the Danish frikadeller (ground meatballs), but the hamburger has travelled a great distance since those days. No longer solely the domain of the fast food outlet, the humble burger has been risen to the dizzy heights of gourmet restaurants, impossibly trendy pop-ups, street food trucks and foodie-heaven markets. In the UK, the likes of Shake Shack, Honest Burgers, Burgers and Bibs, Dirty Burger, Patty & Bun, Burger & Lobster, Bleeker St. Burger, Meat Liquor, Mother Flipper and Five Guys are scattered throughout our cities, and that's not even the half of it. Fine dining restaurants like The Ivy, Bar Boulud at the Mandarin Oriental and Hawksmoor all offer ridiculously tasty burgers. Right now, burgers are enjoying their Andy Warhol a-few-more-than 15 minutes of fame.

Chefs all over the world are constantly searching for their burger nirvana - the Ultimate Burger - and beef has had to move over a little to accommodate lamb, pork, wild boar, venison, prawns & scallops, game, chicken, duck, vegetarian (the "veggie burger" is ubiquitous), the vegan burger (often fashioned out of tofu) and the list goes on. On the beef scale, heritage and rare breeds are more and more desirable in the making of the best quality burgers, and wagyu is now almost mainstream. Slow cooking and pressure cooking ribs to create a pre-cooked burger patty is also popular right now. Seasoning and accompaniments, whilst still the Robin to Batman's burger, are becoming more important, and Asian flavours and sides like kimchee, hoisin, sweet chilli and sriracha, in particular, are on trend at the moment.

Farmison & Co's development kitchen team has been hard at work. Speaking to Jeff Baker, the culinary brains behind Farmison & Co's entire burger range, I discovered that it was partly due to the success of the Hand Pressed Steak & Bone Marrow Burgers (revered by customers and also awarded 5* in The Times and a high commendation in independent.co.uk for their depth of flavour) that spurred the company on to develop an unprecedented range of blended burgers, up to now relatively unknown on our shores. He figured that whisky and wine didn't do too badly at all from being blended, so why not try with grass fed, dry aged beef? The results have proved that it was a good punt. I know, I've tasted that award-winning burger several times. All of these burgers, combined with the trimmings, pickles, chutneys and ketchups, are truly stacking up to be world class. Homemade burgers in the comfort of your own home - what more could you wish for? Ah yes, it's Farmison & Co who'll be doing most of the work by actually making them!

The secret to the Ultimate Burger is the meat… the star of the show. Using meat from animals native to the UK, all of which are slow reared and grass fed for a more complex and layered taste, each burger from Farmison & Co oozes with flavour and succulence and is guaranteed to hit the spot. The right balance of dry aged meat vs fat, the size of the mincing blade ensuring the ideal texture and perfect seasoning have all been factored in. It's a science. Baker has tried endless combinations to get them right - and he should know, he was the youngest chef to be awarded a Michelin star back in the day. Not only that, but he's even thought of the Ultimate Bun to go with the Ultimate Burger - brioche, of course. A hard, shiny top camouflages a slightly sweet, soft interior - perfect to soak up all those delicious meat juices, melting cheese and piquant pickle.Baker has conjured up a collection of useful tips and recipes that will help you create your own ultimate burger. The smoked Nidderdale pancetta will give it a salty, smoky layer that is difficult to resist, especially when lightly brushed with maple syrup and served with biting dill pickles, spicy burger relish and triple cheese sauce AND red onion relish. He has given us comprehensive direction on "how to stack the perfect burger"; and a guide to show you how to cook a burger to perfection, whether you're a rare, medium rare, medium or well done kinda person. Like L'Oreal - these burgers most certainly are "worth it" -they are the Ultimate Burgers.