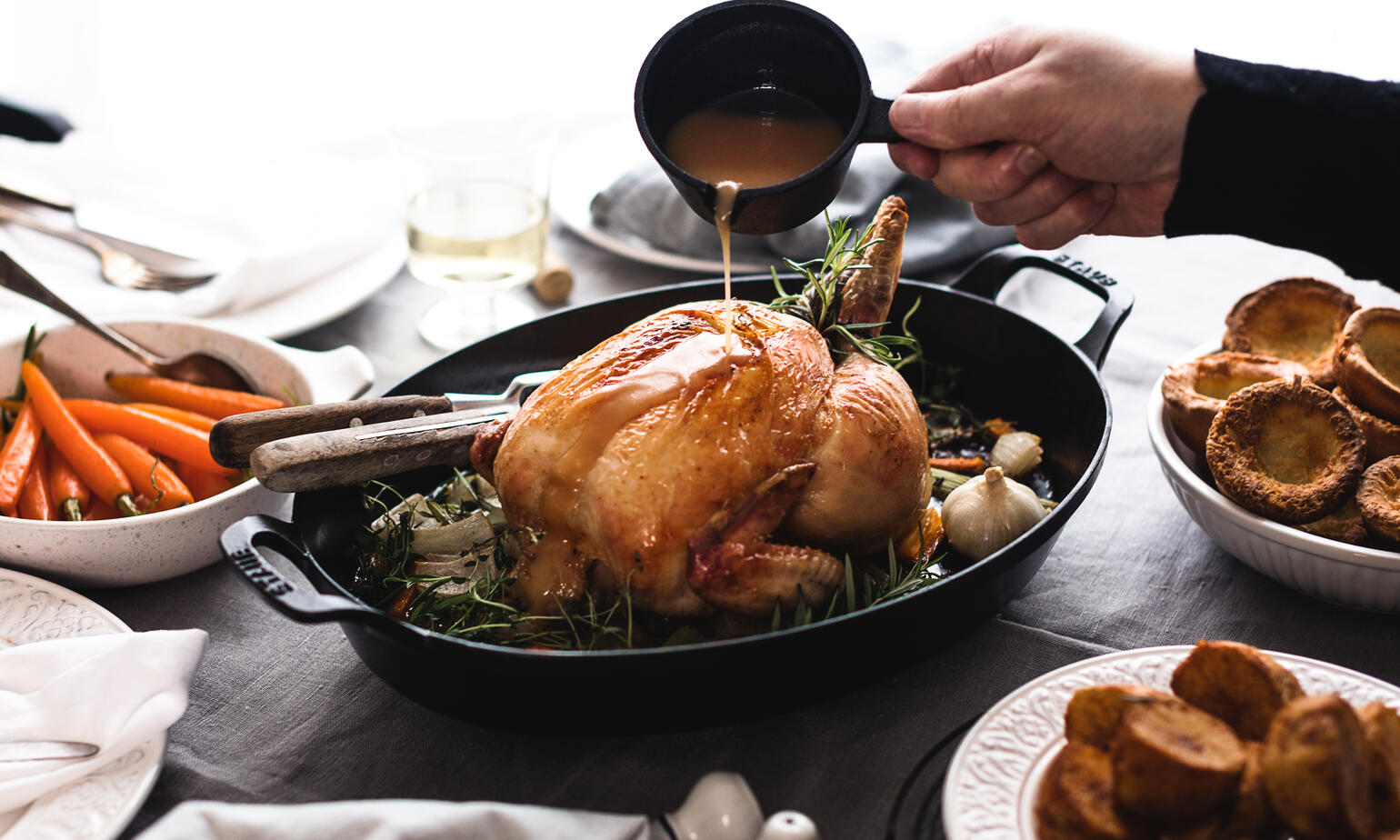 The toffee apples, bangers and bakers of Bonfire Night may be past but for me there are still some real firecrackers in the larder this month.

While parsnips have been swelling for a good few weeks on the veg patch, and are perfectly good to eat, I always try and wait until the first frosts before harvesting them. Frost has a magical effect on the roots; releasing the sugars and imbuing them with a nutty, honeyed flavour reminiscent of spun toffee or ripe bananas, and they have to be one of my absolute favourites.

Up to 2,000 years ago, it's said they were used as a sugar replacement in desserts and so, as well as making brilliant roasted chips, sweet soups and purees, they're also fantastic in muffins and cakes, with a good dousing of spice - think cardamom, nutmeg or ginger - with a fluffy cream cheese topping. If you're using them for sweets, use them quickly as the flesh can turn a nasty brown colour once in contact with the air, and reduce the recipe's sugar content so it doesn't become too cloying.

My other sweet November treat is Jerusalem artichoke - not to be confused with its stately cousin, the globe - and while these knobbly roots might fall short in the looks department, they make up for it in fragrant, earthy flavour that's wonderful with sausages or bacon.

The name 'Jerusalem' actually comes from the Italian 'girasole' or 'turning to the sun' because the tubers, although growing underground, turn to face the sunlight. I like mine young, chopped raw into salads or used in soup, or in a recipe I found a few years ago (which is always a winner in my house), in which I peel and thickly slice them before boiling for 15 minutes, while I fry off some chunks of smoked bacon and a leek and cook until just crisp. I like to add a small handful of chopped, fresh sage (not too much or it can give a bitter tang) and cook until crispy and then sprinkle this over the cooked artichokes with a douse of lemon juice, alongside the unctuous leeks and bacon.

While we're on the subject of roots, in my mind a Sunday roast beef is not complete without a dollop of horseradish. Packing an absolute punch in the flavour stakes, it's often used as a sauce with lashings of soured or double cream, or crème fraiche - to counteract the powerful, peppery kick - but I also like to use it in mackerel pate, slathered on French bread slices with some cooling cucumber. Divine.

Of course, the Sunday roast has to be just right too and we love nothing more, on a cold autumn night, than sitting down with our extended family and tucking into the best British beef. For my money, you can't beat pedigree Dexter Beef for flavour - grass fed and slow growing, the flesh is beautifully marbled and it cooks superbly - but it always surprises me how little known it is. And of course with Christmas just around the corner a stunning rib of Beef is a great centre piece alternative to the traditional Turkey.