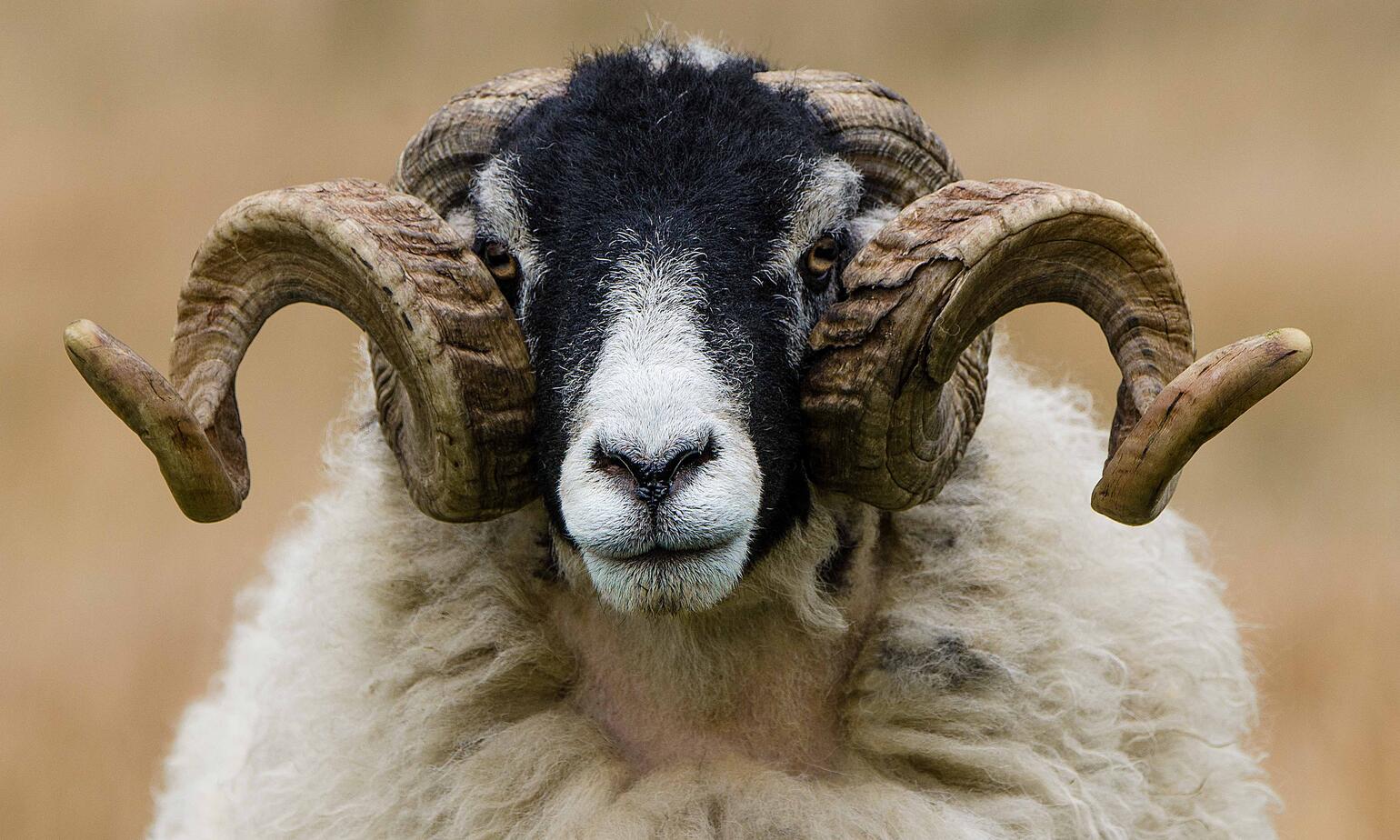 There's something rather special about the Yorkshire Dales and the North York Moors. The rugged beauty of lush green hills and valleys, purple heather, patchworks created by unique drystone walls, winding rivers and streams all punctuated by wonderful villages and hamlets provide sustenance to visitors, an opportunity to breathe fresh, clean air unencumbered by noise and light pollution and enable an unparalleled level of enjoyment and pleasure of the countryside landscape.

Swaledale sheep are synonymous with the county's geography particularly in its famed North Riding. The head of this native heritage breed adorns the Yorkshire Dales National Park logo, but Swaledale sheep with their spiralling horns and distinct markings of white muzzle and white areas around the eyes with off-white coats are so much more than a figurehead for the uplands and their popularity as a meat-eating breed of lamb and mutton is on the increase in the UK as leading chefs and culinary aficianados recognise its taste, distinctive flavour and adaptability for many variations of dish.

Leading chefs in high end restaurants are always searching for lamb breeds that provide something different, a taste that produces a smile on your face as you savour a new allure to your palate.

Where you will find the Swaledale

Wensleydale and Swaledale - Yorkshire's most northerly dales - are two of the most important areas for the breed in terms of numbers, but anywhere across the North York Moors and into Lancashire and Cumbria you will see thousands upon thousands in fields, on moorland and some delightfully walking through villages. The farmers who maintain and enhance the breed are proud men and women as steeped in Swaledale sheep history as the ewes and rams themselves.

While the Swaledale is very much an outdoor breed with its ewes capable of lambing and mothering quite adeptly outside there are many animal husbandry skills brought to bear in order that Swaledale lamb and mutton is eventually served on the plate.

Breeding is massively important in maintaining quality both for future Swaledale generations and ensuring the breed keeps its consistency of durability, conformation and meat-eating quality. In order to achieve this standard it is not uncommon for rams or tups as they are known in farming circles to achieve prices of anywhere between £25,000 to £30,000 at the autumn sales held at Hawes and Kirkby Stephen. The world record for a tup is £101,000.

Swaledale sheep have classes at many summer agricultural shows but three to watch out for that are almost wholly Swaledale sheep shows are the Tan Hill Swaledale Sheep Show, Moorcock Show near Hawes and Muker Show. These three effectively form the Triple Crown of Swaledale breeding success. 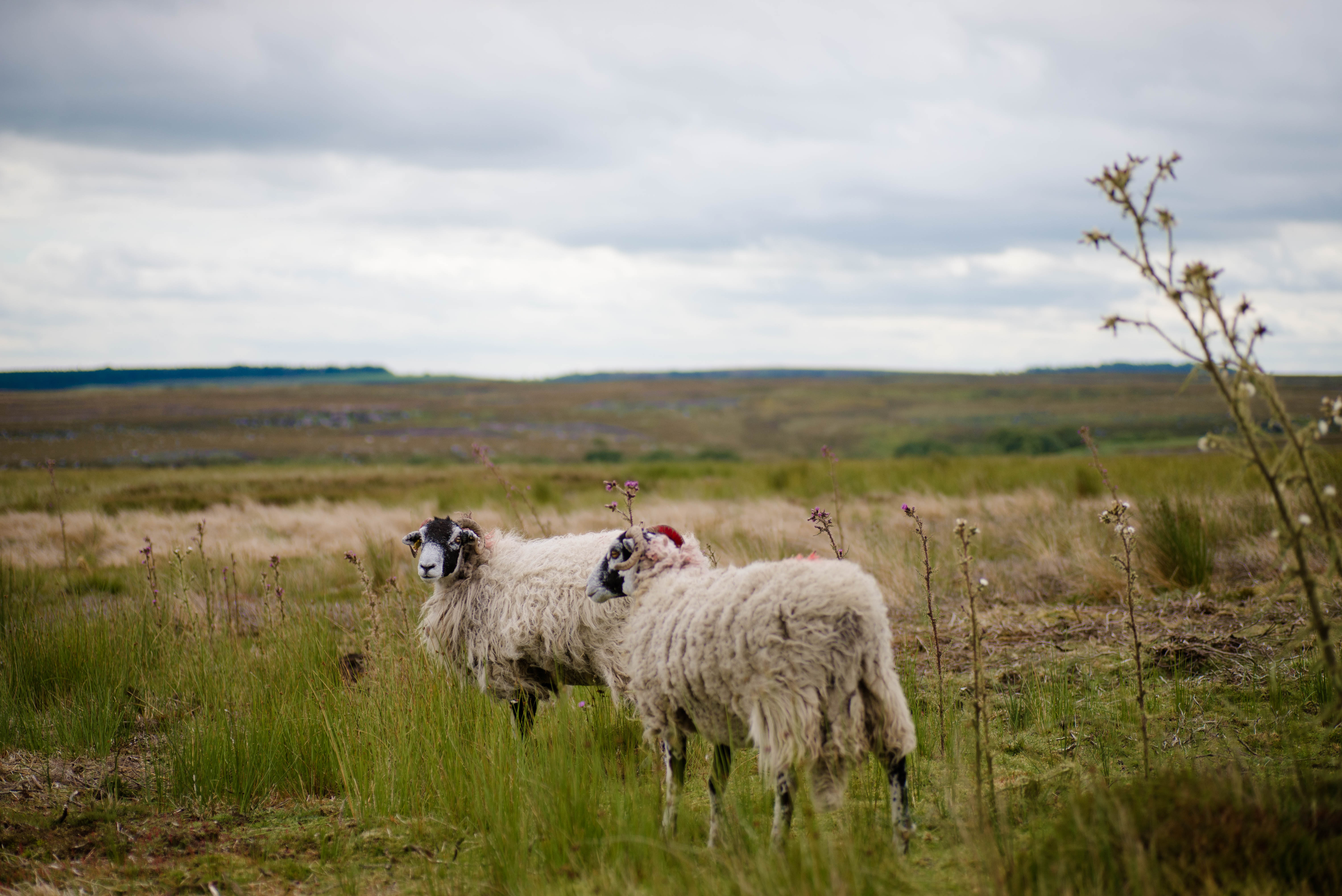 Popularity on the rise

For many years the Swaledale has been more popular for its lamb meat through export around the Mediterranean particularly in Greece, Greek Islands and Spain and had been somewhat overlooked by UK butchers who preferred to buy larger lambs from the market, but as everyone knows size isn't everything.

Since the restaurant revolution and television proliferation of chefs preparing fabulous food there has been a move away from anything bland to meat from animals that have been grass-reared rather than pumped up with bought-in feed and it is that natural, outdoor, free range breed fed on wild, lush grasses, wild flowers and herbs that produces the sweet, herbal flavours the Swaledale provides.

'Swaledale mutton or lamb, because of the way the animals have been raised in a stress free, outdoor environment brings about an almost game like flavour,' says John Pallagi of Farmison & Co. 'Our dry-aged Swaledale mutton shoulder, mutton chops and legs of mutton are utterly fabulous and offer such a rich taste sensation that they don't stay with us very long at all. It's a fantastic example of what we believe at Farmison & Co that heritage breeds raised naturally are in a different league to the rest.'

The Swaledale is one of several native, heritage hill breeds that form the first tier of all sheep bred in the UK. Hill sheep hardiness is then crossed with lowland breeds of greater size to create the larger fat lambs that mainstream butchers purchase with an eye towards quantity of meat per animal.

'We are delighted to supply what we feel is such a distinctive, native heritage breed that fits with our policy of grass reared is best and we are not alone,' says John Pallagi. 'Chefs at some of London's leading restaurants have also realised the rich flavour of Swaledale mutton and lamb through Farmison & Co. We're looking forward to you joining us in our own Swaledale lamb revolution.'