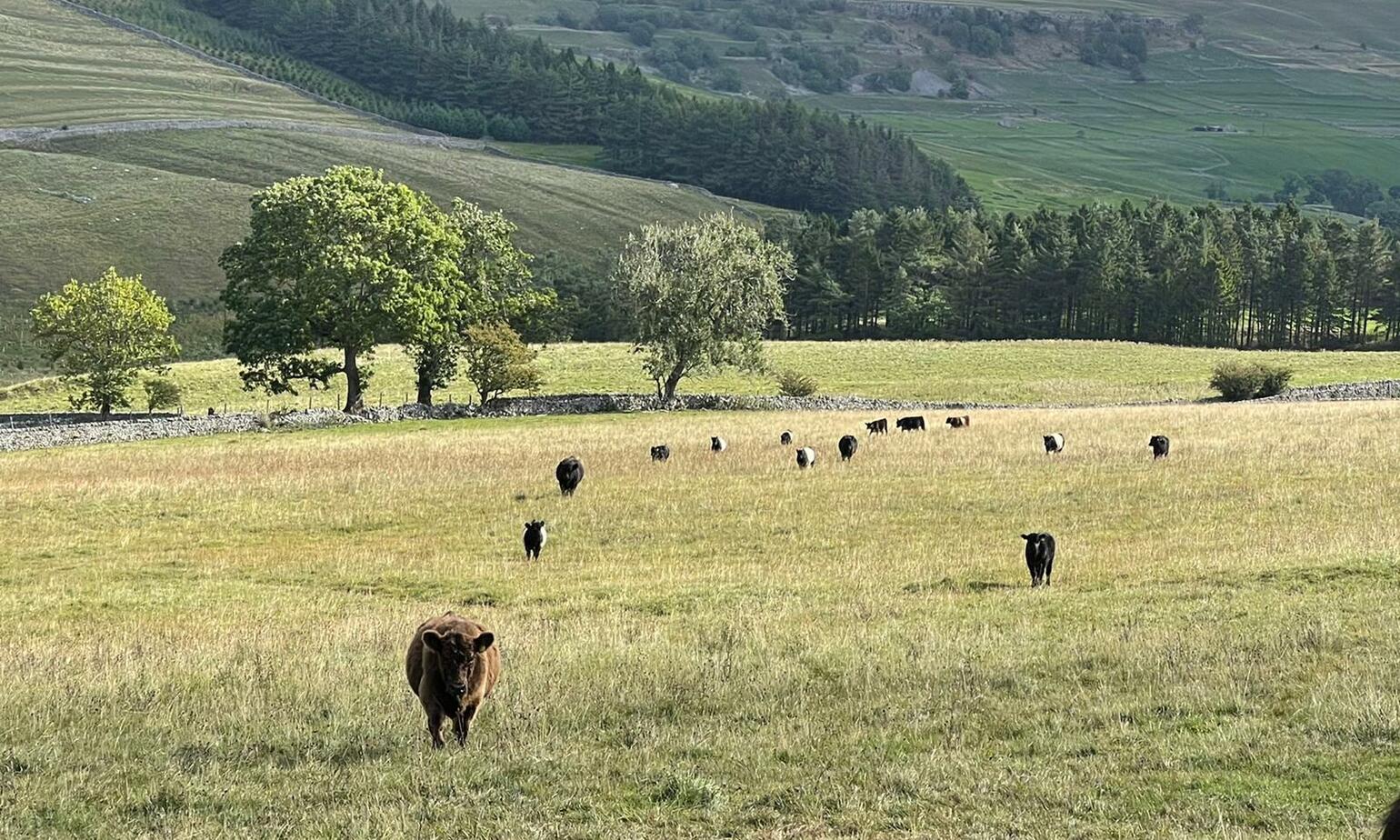 Greetings from the Yorkshire Dales. With the autumn equinox last week, summer has suddenly given way to blustery weather here, and it won't be long until the leaves are golden and the evenings short. With disruption to food supplies in the headlines again, I wanted to reflect once more on the future of food in this country.

We live in extraordinary times. On Newsnight last Wednesday evening, the president of the NFU Minette Batters warned we are looking at a potential pig cull of 150,000 animals due to labour shortages to bring them to market. This is crisis territory. It barely registered in the national consciousness - the shortages of petrol and CO2 have prompted many comparisons with the 1970s in the last weeks, with the prospects of empty shelves looming large in the popular imagination. This lack of resilience in the food supply chain is shocking but should come as no surprise to policymakers. A just-in-time agricultural system is easily disrupted, and we know that climate change promises further disruption.

It's up to policymakers to think proactively and have a vision for the future. Short term fixes - such as temporary visas - will only get us so far. We need to embrace new means of supplying food that are close to home.

One of the key issues with British food supply is huge resources are used to prop up unsustainable practices. Selling unseasonal produce in this country is one such example. It's carbon intensive and involves vast distances: we need a radical rethink. Should we be able to buy asparagus from Peru, for instance, just for the sake of having (often unsatisfying) asparagus the year round? In a similar vein, should we be buying beef from Australia when we know its carbon and water footprint are vastly higher than our own?

Last week, I was on the tops of Wharfedale with friend and farmer David Harrison. I had just got back from my family holiday and was here to catch up with David and see how his herd is coming along. The pasture up there is the stomping ground of Billy Bremner; a pedigree Galloway bull named for the tough-tackling Leeds United midfielder, and the future of David's herd. With his curly hair and Scottish roots, the resemblance is not dissimilar, as you can see from the picture above. Billy needs to be tough to live up on the tops where you can really feel the arrival of autumn.

David has something most of us do not: a vivid and real connection to the seasons. He's sensitive to the rhythm of the weather, and the jobs that result from it as he tends his herds and flocks. Right now, there is a relative lull - a farmer is always busy, mind - and David is using the time to 'sheep shop' for tups.

A few days prior to visiting David, I had been in La Rioja in Spain on my annual break. I really noticed that it isn't just farmers who have a connection to the seasons in the great food nations of Europe. The popular menu is alive at this time of year with rich, seasonal variety. On every menu I spotted one particular variety of tomatoes, paired with one particular variety of white onions, and that's only available at this time of year. The bistros and restaurants and cafes were bustling, and I was pleased to see what few fast food restaurants there were, were empty. It was refreshing to hear the serving staff make their recommendations based on seasonality.

When discussing Mediterranean cuisine, I am used to hearing, "food just tastes better over there." The reasons are simple: it's local, it's seasonal. There's no reason it can't be like that this side of the North Sea. We are blessed with clear growing seasons, balanced weather, and rich soils and pasture. British food culture has already made such progress in the last thirty years, making up the ground lost to mass supply chains. Our Great British chefs have led the way over the last thirty years; now its policymakers and British households who need to continue the transformation of our food culture, the latter simply by enjoying real food and caring where it comes from.

Ultimately, I believe we need to return to more traditional food production systems supporting seasonal eating. Food should not be travelling vast distances from overseas. This isn't born out of nostalgia for life in the countryside; it comes from wanting to restore our food culture and from the very real challenges farmers and wider society face. I have used my updates to discuss these challenges at length; from Brexit to climate change to food waste. The solutions are holistic but real: heritage livestock breeds on small, local farms, regenerative farming, fair pricing, seasonal eating, transparency in the supply chain.

Right now, two of this country's seasonal specialties are coming into season; mutton and venison. You'd be none the wiser if you stepped into a supermarket. Mutton was a staple of British diets before the war, being a key part of Mrs Beeton's Victorian recipes, but fell off the menu as farming practices changed and lamb become more popular. The price of mutton crashed, but older sheep remained a by-product of the lamb industry. A lot of farmers struggle to sell these animals because of the change in habits. We shouldn't just eat mutton to reduce waste and ensure sustainability of these farms. It's also sublime as a seasonal dish, slow cooked for warming and succulent flavours, and gives us a connection to the seasons through food.

Similarly to mutton, venison is both a delicacy and a meat we should enjoy to be sustainable. It's estimated there haven't been as many deer on Great Britain for 1000 years, but there were many more natural predators back then. If deer aren't kept in check, the potential for them to destroy natural ecosystems is vast, harming the habitats of other important species such as Nightingales. Like with many things, it's all about balance, and the deer herds need to be managed. In the process, we have a meat supply that's supremely healthy and sustainable. I want to make venison available to all. The headlines last year of venison going to waste as gamekeepers struggled to sell the meat during lockdowns were shocking - especially given the amount of venison we import from New Zealand.

The headlines show that the need to radically rethink our supply chain has never been greater. I invite you to forge your own British connection to the seasons through these wonderful seasonal delicacies and your menu at home. You can always find cooking inspiration from Jeff Baker on our dedicated recipe section, and as ever if you have any thoughts or feedback, please do reply to this email. I always make time to read your correspondence.