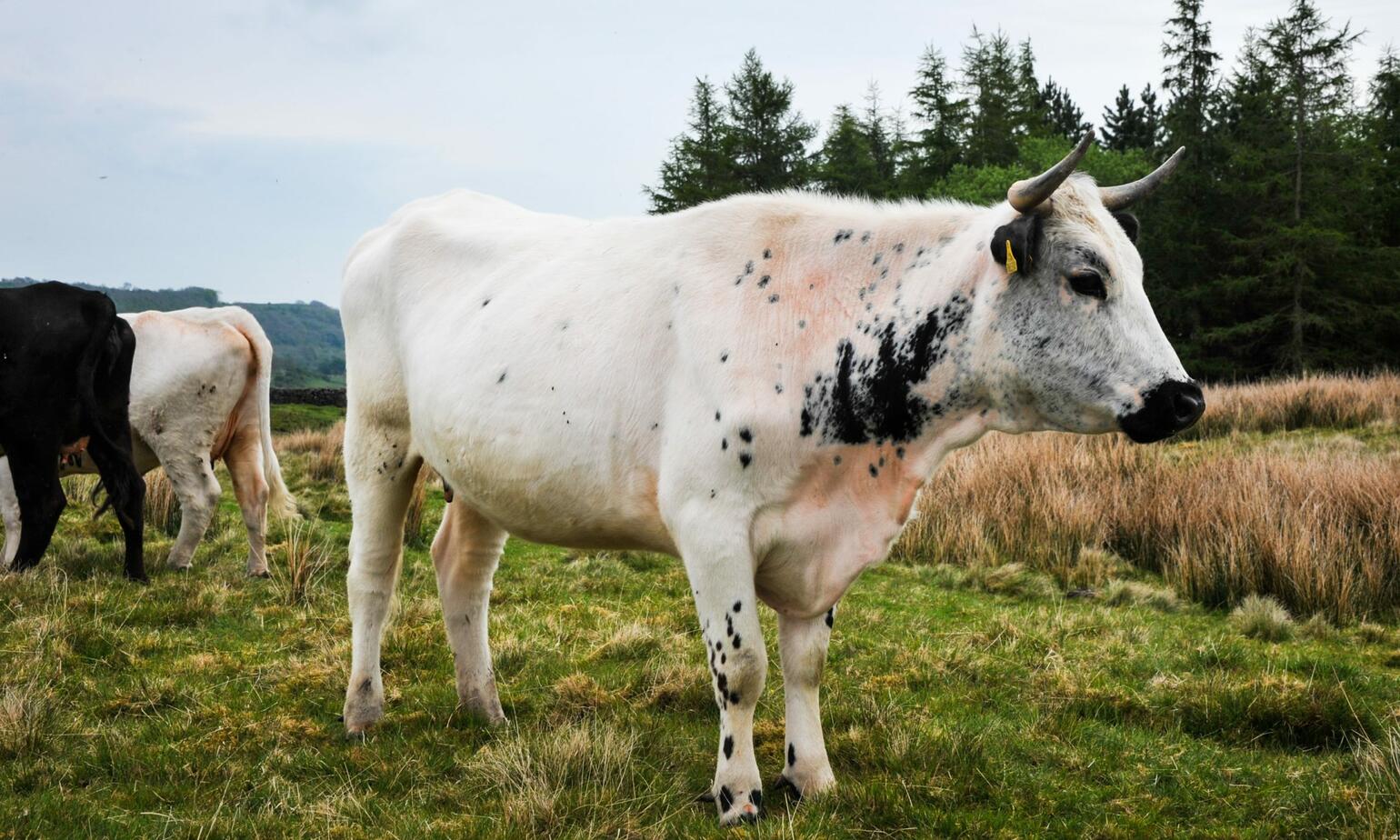 Greetings from the Yorkshire Dales. Since my last update, I've been bowled over by your support and words of encouragement in response to our efforts to revive the White Park breed. The national coverage also had an unexpected consequence for our White Park herd: it doubled.

A farmer sending his White Parks to slaughter - and the mass meat supply chain - heard through the grapevine we had established a new herd, got in touch with Stuart Raw, the custodian of the herd, and we decided to take them on. The precious bloodlines now won't be lost and with the help of the White Park Cattle Society, Stuart will be able to investigate the genealogy of our new cattle to plan the herd's future. It is very exciting, and we will be sharing more about our fledgling herd.

Our very localised efforts in Wensleydale with the White Park have been thrown into sharp relief by the Australian trade deal. The deal has evoked several reactions. A flood of cheap meat that undercuts our own farmers with poorer standards is the chief concern, that this sets a precedent for other trade deals to undermine our high standards is another, while some have pointed to the environmental costs of producing and transporting this meat.

All are concerns of mine, though I would be surprised if it would be marketed as 'cheaper' meat. The Chief Executive of the Australian National Farmer's Federation, Tony Mahar, recently argued on BBC Newsnight that there is limited mass export capacity for Australia to send our way. This seems reasonable, given Australia usually looks to the much bigger Asian markets to export its beef and lamb, and there it is often marketed at a premium. Peruse luxury hotel menus in the Far East and you won't struggle to find Australian beef.

Given the cost implications, I'm sure Australian exporters will be looking to sell red meat at a premium in this country too. Competition is healthy in business, though there is a lot more to farming than the bottom line. There has been a tremendous amount of progress in the last thirty years bringing transparency to the UK meat supply chain and that in itself has had a cascading effect up the supply chain, with an improvement of standards as premium meat suppliers aim to produce a superior product.

Thanks to our temperate and rainy climate suited to growing grass, we just so happen to have some of the best livestock country in the world. Couple that with our strong animal welfare rules, and the bloodlines that run through the global herd, and we have the best livestock in the world. I can't see British consumers opting en masse for a premium Australian grain-fed beef option.

A comparison between the Old World and New World is valid here for me. Our White Park graze in a small herd on pasture, in the shadow of a historic castle, in an environment they've adapted to over millennia. Cattle got to the Antipodes just over two centuries ago, have huge implications for Australia's delicate ecology as they graze in gigantic herds, and I am sure they won't be naming the breed on the label.

It's with this in mind, I'm wondering why Britain isn't pushing its natural quality more. It is cheaply produced food in this country that has the most to lose from these trade deals, as they'll be out-competed, and it's our better meat that has the most to gain. Nobody is asking how much meat we'll be sending to Australia, but we should be. We can produce meat much more sustainably on pasture and with incredible flavour. If we are to open up to the world as part of these post-Brexit experiments, it should be British beef to be found on luxury hotel menus - not Australian.

I recently took a Michelin-starred chef on a tour of my dry aging store, and his eyes lit up at the possibilities for his menu. In the carefully controlled conditions, sides of Sussex, Galloway, Longhorn, and dozens more breeds, turn a beautiful golden colour as the meat tenderises. It is a very real representation of the supply chain my team and I have built in Ripon. The ailing mass supply chains of which Australian imports would be part can't provide this detail; they couldn't stock several venison breeds, nor give a platform to smallholders raising Mangalica pork, nor revive the White Park.

What producers like myself need is the help from Government to get the word out there - grass fed Great British beef, when done right, really is better.