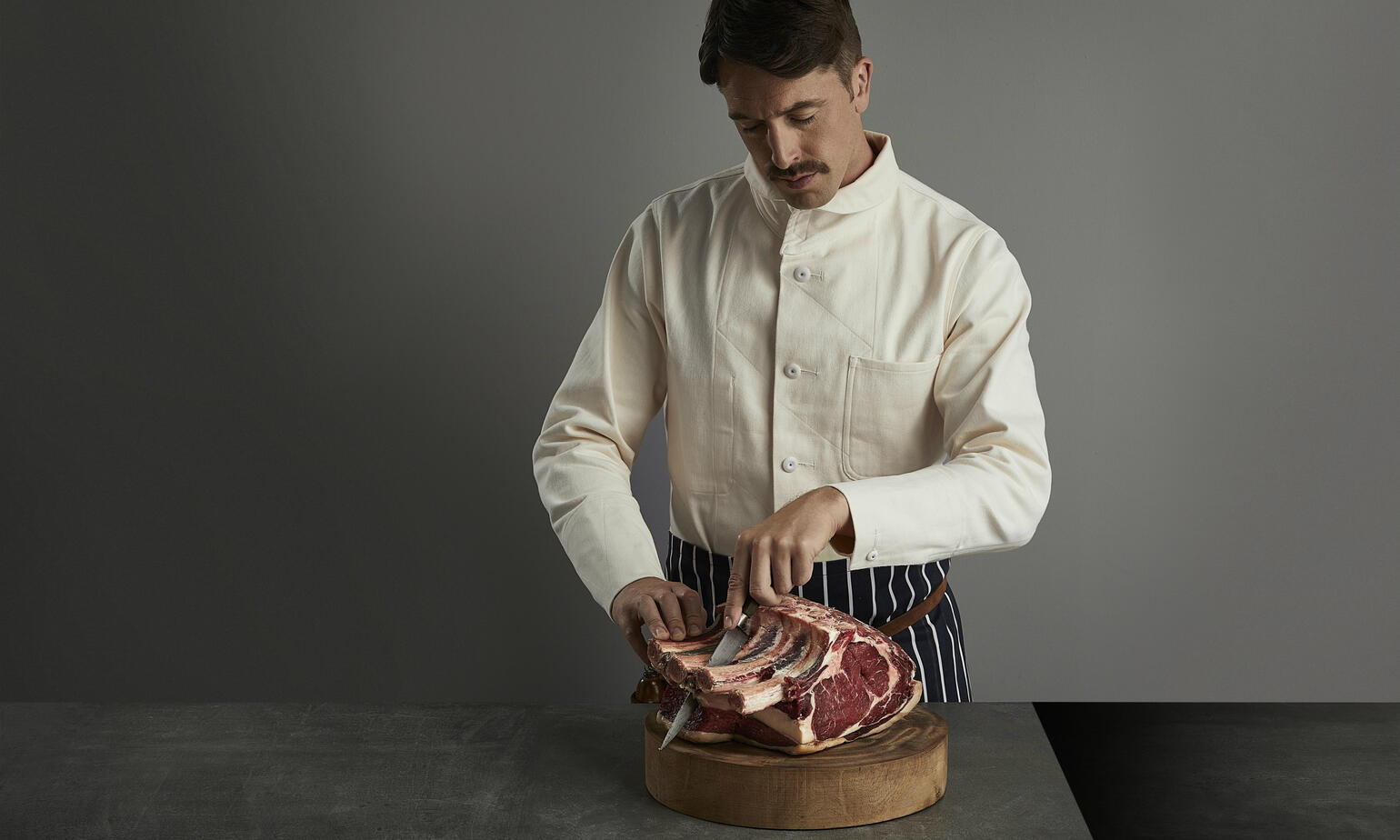 The nature of being an online butcher means it can be difficult to put a face to our award-winning team that make what we do possible. So, ahead of National Butcher's Week 2020, we're kickstarting our #MeatTheMaker series showcasing individuals in and around Farmison & Co, giving an interesting insight into what goes on behind the scenes. Keep an eye out for new additions, from our Master Butcher to the Head Chef at Harrods, as we share their passion for truly grass-fed and free-range Heritage Breed meat. 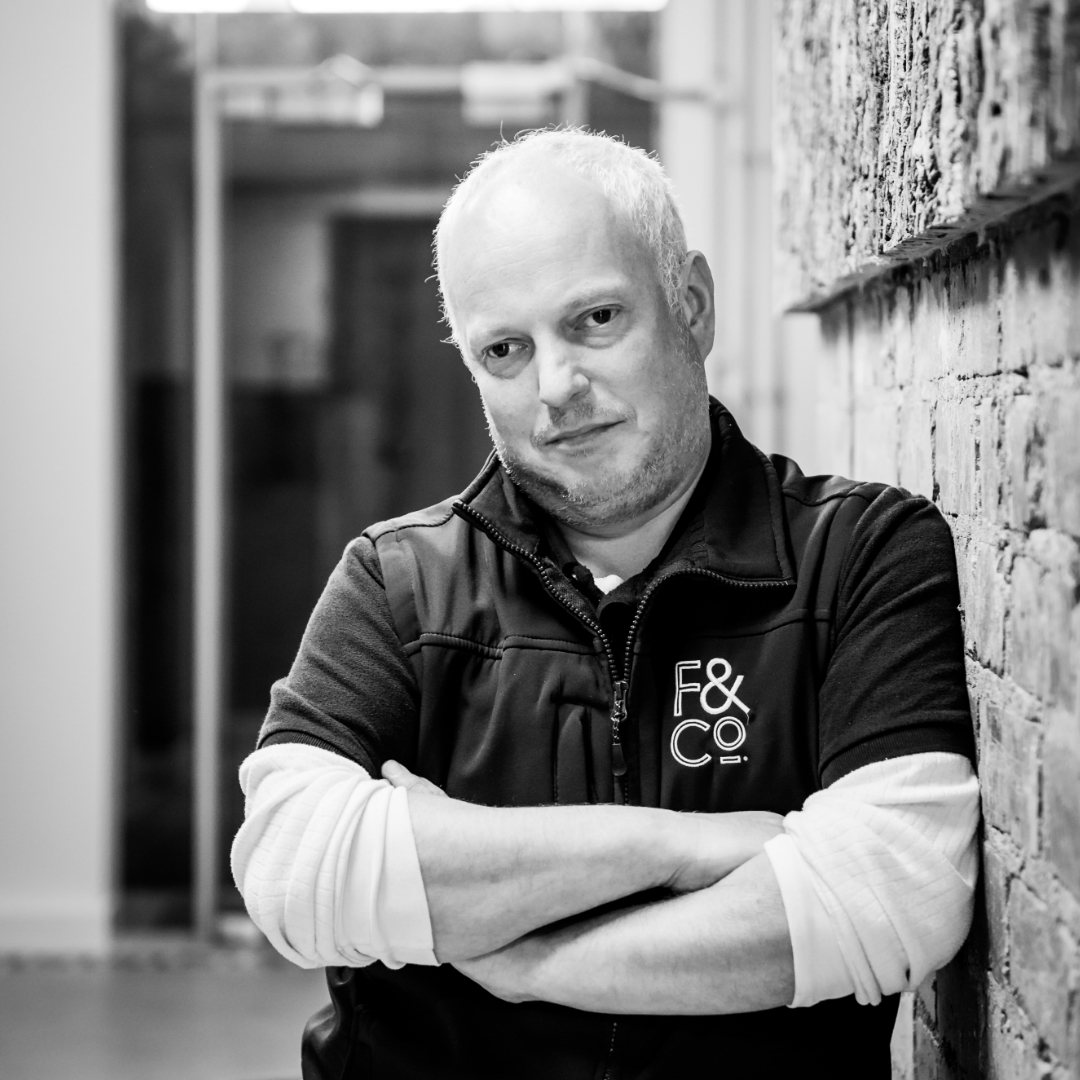 Andrew is our Master Butcher and Head of Innovation & Development, a man who has spent most of his life in butchery with a passion for food and cooking. He also has years of experience in a slaughterhouse starting at the tender age of 16, a highly skilled role that is vital in understanding butchery on the whole.

Andrew loves to develop innovative products for our customers whilst driving butchery forward, out of the 'dark ages' of how he remembers it starting out as a Saturday lad at a local village butcher. Aside from the new cuts Andrew develops, he's enjoyed watching cuts that were popular years ago come back in vogue, such as shin of beef, belly pork and ox cheek, as increasingly inquisitive and knowledgable customers realise how much more taste can be delivered from well reared livestock.

To this day, Andrew lives by the same principles as day one - to source quality meat from livestock that has been well looked after, free from stress and reared so that the real taste of beef, lamb, pork, poultry or game should taste comes through on the plate. His favourite cut is Pork Ribeye on the bone, a chop he proudly claims he was the first to produce in the UK. Try it for yourself, here. 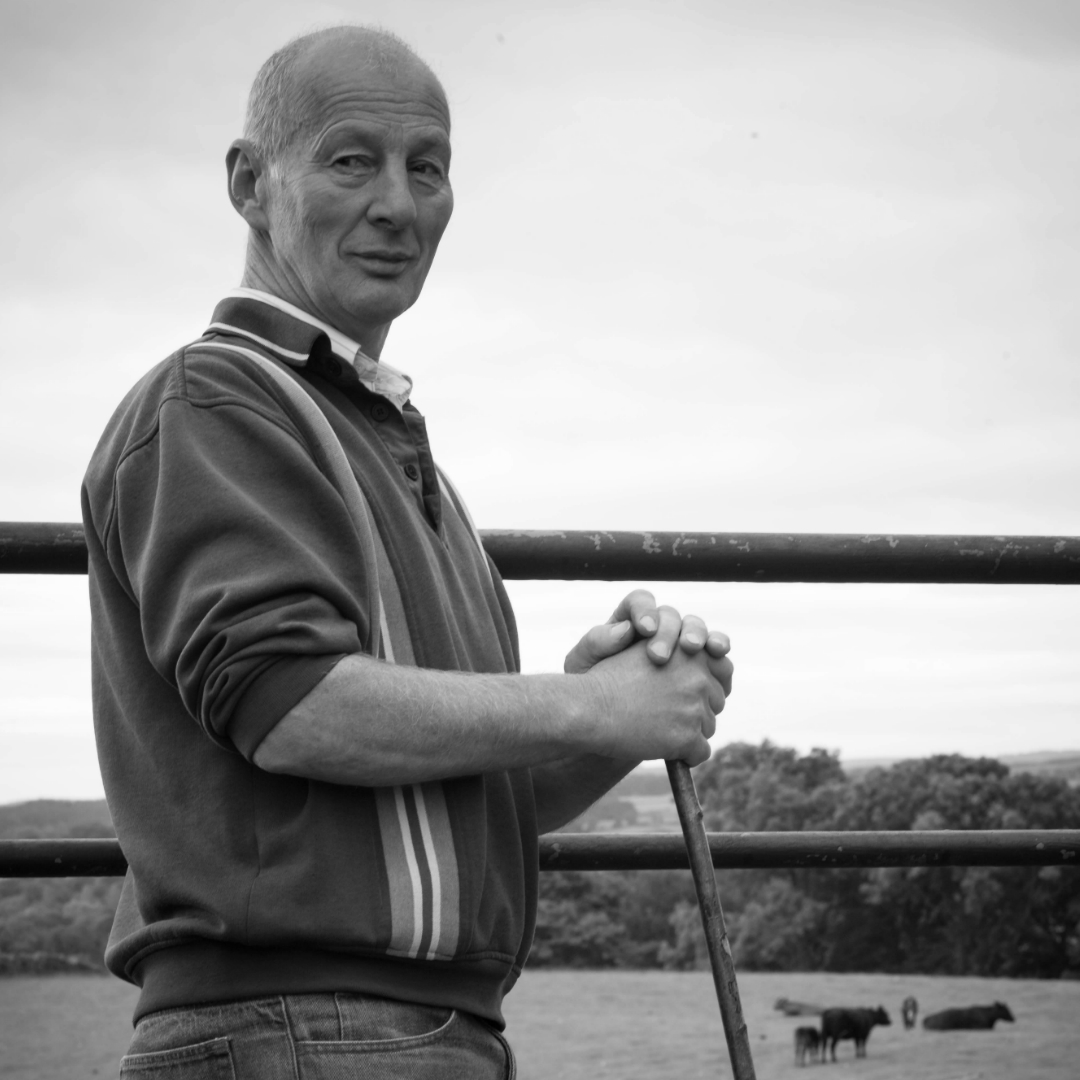 David is the owner of a small farm located 7 miles away from us in Grewelthorpe, North Yorkshire. David's farming knowledge and intuition is something that cannot be taught, but rather gained from growing up and working on a farm his whole life. David's cattle mean the world to him and understands he's not trying to feed the world, never rushing cattle to maturity or cutting corners. He describes his process as 'old fashioned' and a 'balancing act', the modern term for this being regenerative agriculture, a conservative approach to farming that focuses on topsoil regeneration and increasing the biodiversity around his farm.

He's passed on his knowledge to his son Carl, who together, have proudly run the farm with zero carbon impact, adhering to strict regulations according to Higher Stewardship Programmes. This involves preserving and monitoring key indicator species of wildflowers and the returning bird species that feed on them as a direct result.

Traditionally, the butcher would want to pick the cattle, but with David, we trust his judgement on the Belted Galloway and Galloway breeds he raises, continuing to impress our Master Butchers with the quality of his produce. Look out for these breeds when browsing our beef range here. 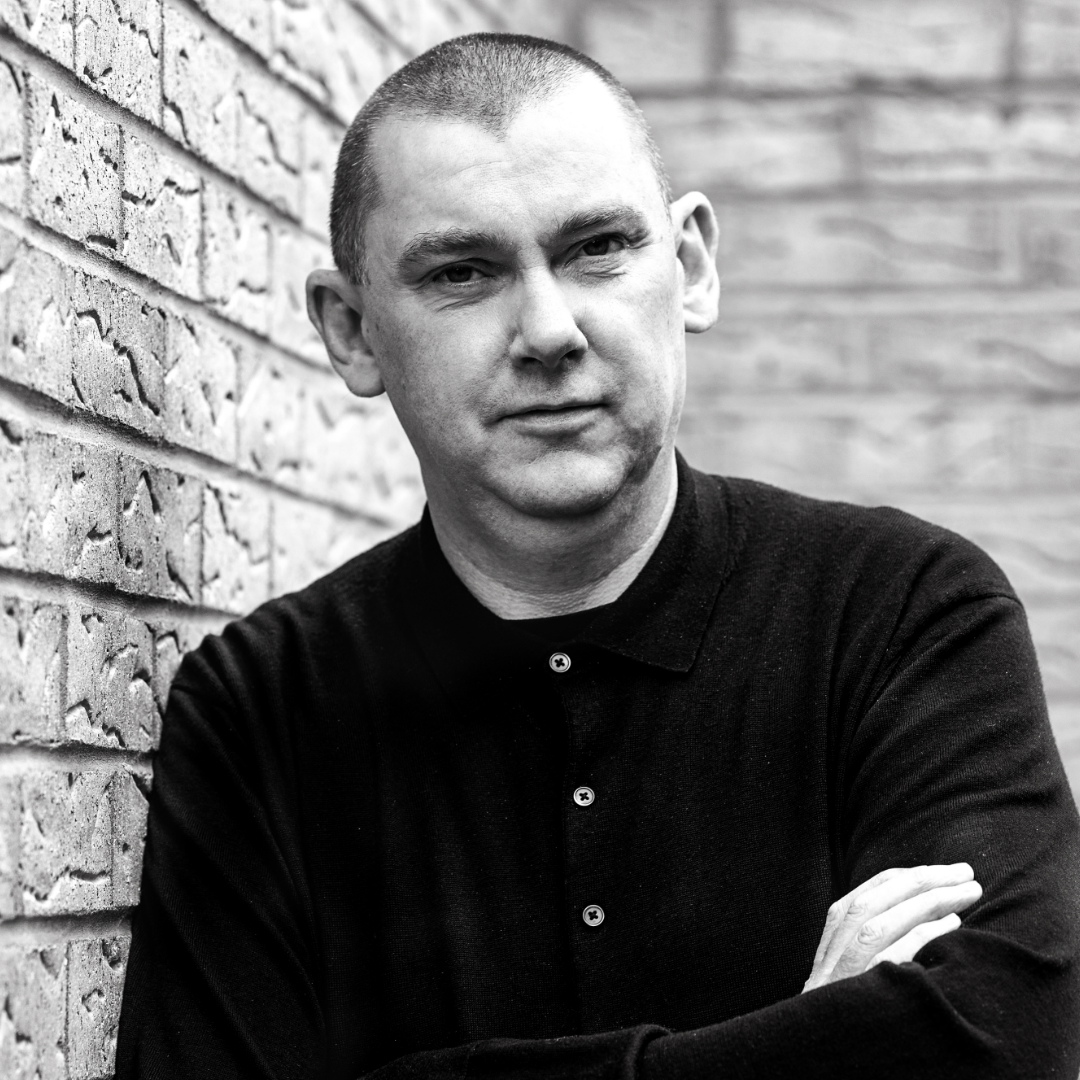 Jeff is our Executive Development Chef. Since starting his career in a professional kitchen in 1983, Jeff has cooked for The Queen, Barack Obama and worked alongside some of the worlds most respected chefs such as Pierre Koffmann, Christian Germain and Brian Turner (to name a few). Jeff's biggest achievement, however, was being awarded a Michelin star at Pool Court (at the age of 26) and holding it for 10 years consecutively - the first Michelin Star in Leeds.

Jeff's latest role at F&Co involves working alongside our butchers and suppliers to develop game-changing products that are both utterly delicious and easy to cook at home. As well as inspirational recipes to whet our customer's appetite, Jeff writes each how-to-guide that is sent with every cut in our range, to ensure it's cooking to perfection. Jeff's wife Gosia is responsible for all our brilliant food photography, and we have to say, we couldn't think of a better team for the job!

Find some of Jeff's recipes here for some inspiration on your next Michelin standard meal. 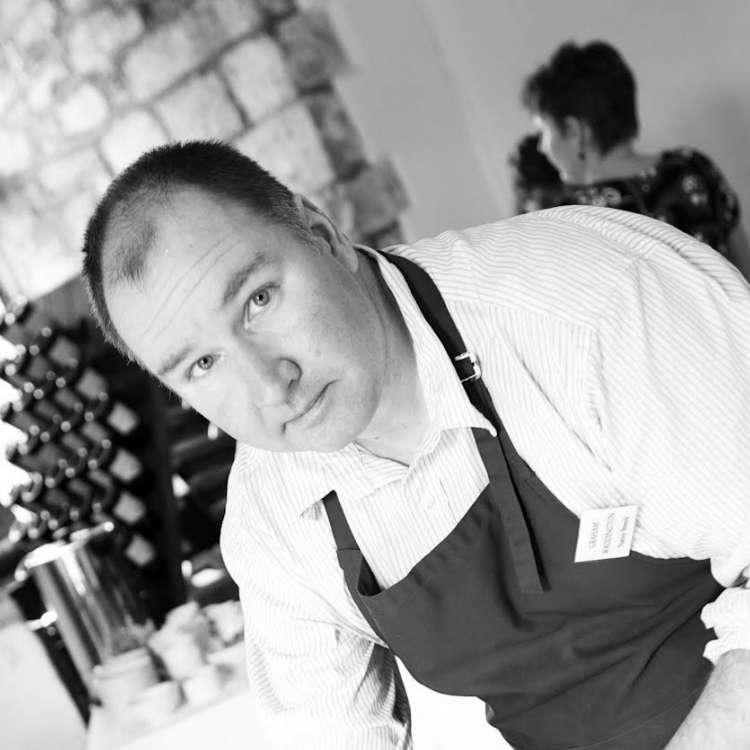 Graham is our Master Curer with a love for all things cured, smoked, air dried and cooked charcuterie from Britain's native and rare breed animals. Graham's raison d'être is to drive a renaissance of artisanal traditional British cured meats and sausages and is responsible for curating F&Co's charcuterie range, from Free Range Pork Pate to Garlic & Pepper Beef Salami. Graham is an artisan curer with over 15 years of experience and helped put British versions of continental meats and salami on the UK map with Native Breeds and we value his contribution enormously here at F&Co.

Try all of our favourite charcuterie produced by Graham with our selection box here. 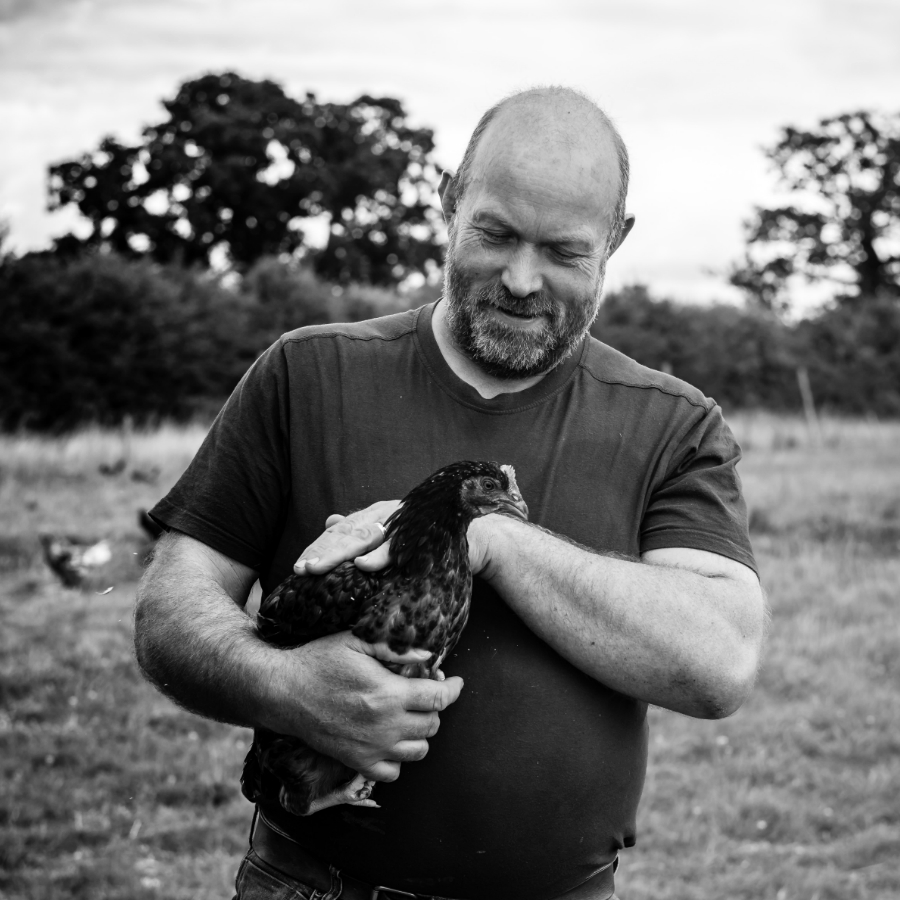 Cornishman Paul Talling is doing what he has always wanted to do - producing some of the tastiest, melt in mouth chicken in the UK from his 35-acre farm in Harome, North Yorkshire. His mission is to bring back the times before mass-produced, quick turnaround poultry and is succeeding on this mission alongside Farmison & Co. His birds are truly free-range and thrive on lush pastures with shelters that he built himself. You could say this farm life is more of a hobby than a job for Paul.

Paul's birds average around 12-14 weeks and rears a slow-growing breed that produces a really nice shaped bird that is well suited to outdoor living. This produces chicken that reminds our customers of 'how chicken used to taste' with exquisite quality, flavour and natural succulence.

All of his produce will leave you with this feeling, but his speciality, a 120-day reared Heritage Breed free-range chicken that was developed alongside us as our answer to the French Poulet de Bresse is a real showstopper. This is what chicken should really taste like, the result of a real heritage-style, stress-free environment. Find them here. 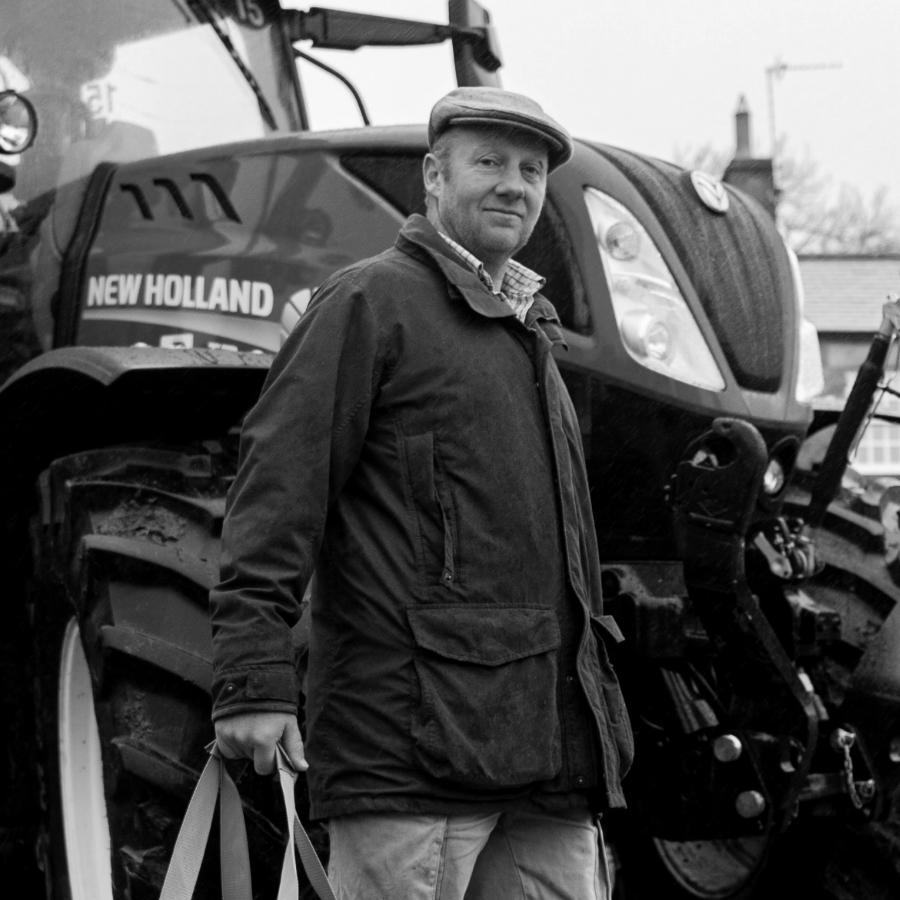 Although born into a family whose farming ties go back many generations, Stuart's real passion for agriculture was born out of a desire for high quality steak that he found lacking in many restaurants and supermarkets. After a disappointing steak in a local pub one Sunday afternoon, Stuart felt compelled to return to his farming heritage following years of wear and tear in dry stone walling, to which his back could no longer cope with.

Stuart never looked back on this decision and we are now extremely lucky to be working closely with such a passionate and like-minded farmer. Producer of our highly sought-after Dexter beef on his picturesque farm in Castle Bolton, Yorkshire, Stuart has definitely filled the void of disappointing steak, supplying beef packed full of flavour that has gained a strong reputation amongst our customers.

You may remember Stuart from our Farm To Feast campaign in December, generously offering to deliver Christmas feasts to lucky customers to raise awareness for British farmers. Stuart's values are a perfect match with Farmison & Co and we look forward to supporting each other for years to come. 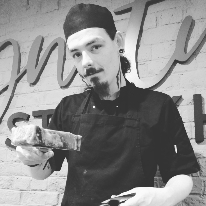 Head Chef Tulsa has been in the industry for 12 years and is very proud to have created his own Global British accented menu that is steak focused at Signature Steakhouse, Trafford Hall Hotel Manchester. Tulsa came to hear about Farmison & Co from another chef he had worked with in the past and was told that Farmison & Co are like no other butcher around with the respect for the meat, the deep care for the products and now so does Tulsa and all of the team at Signature Steakhouse. It's fair to say we're proud suppliers to such a fantastic restaurant and passionate chef.