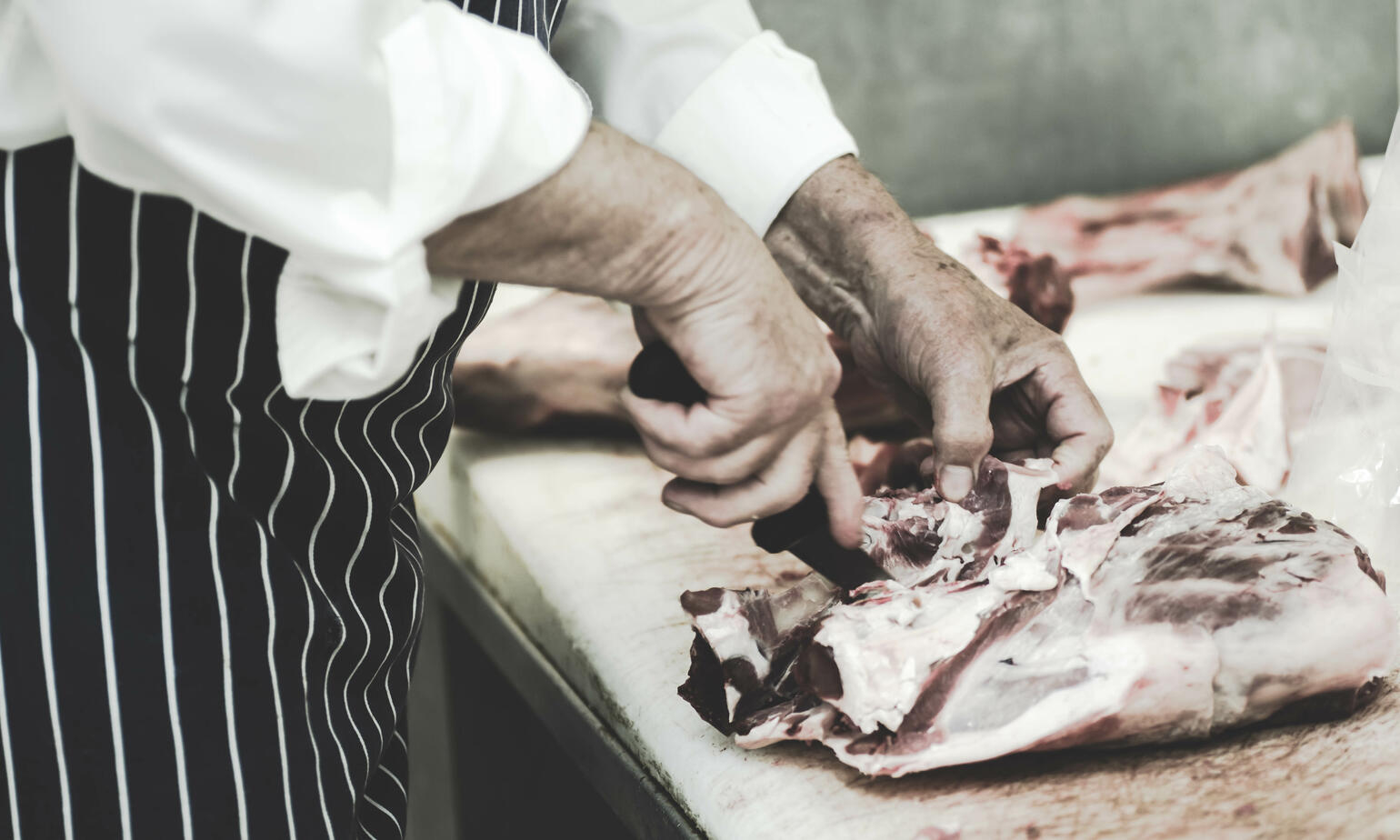 Trust isn't given lightly. Respect has to be earned, and that's where the high street or village butcher has always excelled. However, a cocktail of rising costs, food scares, particularly in the years around the millennium, the seemingly inexorable rise of the supermarket along with a rush towards faster production of meat, saw this once proud and established profession under threat of extinction.

Fortunately butchers are very much still around, although thousands of independent butchers who added much to their local communities, not just through their business activity, but their often larger than life cheery disposition, have disappeared from our streets.

The TV chef generation of the past decade since then, has brought about renewed public awareness of the vital role the butcher plays in knowledge of local farmers and producers, the stock they produce, maturity of meat, range of cuts and wisdom over how best to cook. Queen of TV cooking Nigella Lawson is quoted in her book 'How to Eat':

In short the butcher, although never completely gone away, is back!

Eat better meat is the Farmison & Co mantra, and while sourcing the best meat every time is essential to its continuing success story, so too is butchery expertise. That's why a new academy will launch next year at the company's all-new headquarters in Yorkshire.

'We recognise the dearth of new talent being attracted to the profession because of the previous decline and a feeling that it wasn't a sexy role to take on,' says John Pallagi, Managing Director of Farmison & Co, 'But we believe there has never been a better time in the past half century for new butchers to make their mark, as traditional and modern butchers' skills are both very much in demand, customers' tastes now include such a varied selection of cuts and the new generation of butcher is fast becoming an elevated role in the world of food.'

'Farmison & Co is totally committed to the concept of eating better meat and that can only be achieved through every process in the chain being the best it can be, from farmers and producers' animal husbandry skills with heritage breeds, to butchers' expertise, chefs' recipes and correct cooking.

Andrew Carrington and Nick Mellin have spent nearly all their working lives in butchery. Andrew is Head of Innovation and Development with Farmison & Co and Nick is Production Manager. They're encouraged by the wind of change that has blown through their profession recently and are excited about its future and Farmison & Co's leading role in the industry.

'My passions are butchery, food and cooking. When I started all of those were held dear throughout the supply chain. I believe I was the first butcher in the country to produce the cut of pork ribeye on and off the bone. I love being innovative, moving butchery forward and that's what we aim for all the time, new interesting mouthwatering succulent cuts to add to the range offering our increasingly inquisitive and knowledgeable customers that opportunity to try something different, in addition to the traditional cuts and other more modern variations such as tomahawk steaks.'

'Cuts that were popular years ago such as shin of beef, belly pork and ox cheeks are all back in vogue now, as consumers realise just how much more taste can be delivered from well reared livestock that has matured and has been hung well. It's this kind of detail that was missing for a while when supermarkets took over. We've now come full circle and at Farmison & Co, we bring information, experience and most importantly the better meat that you only can through knowledge of the produce from farm gate to plate. You don't get that out of picking up a pack down an aisle with not a butcher in sight.'

'The divide between quality meat that is our Eat Better Meat mantra, from cared for livestock living stress free lives and allowed to mature naturally on grass fed systems with fabulous heritage breeds such as Aberdeen Angus, Hereford, White Park and Whitebred Shorthorn, and then what is produced as supermarket meat will continue to widen,' says Nick who started his working life in the family butchery business in Lancashire.

'It's all about taste and flavour and the big thing about native heritage breeds, is how they have been farmed and their maturity. There is no way that beef at 14 months old is ever going to compete with the taste of an animal reared to 24-30 months. The depth of flavour that we as butchers are then able to bring out is further enhanced through cuts of all kinds.'

'Many of our customers come to us because they want taste sensations, they want to experience quality meat that leaves them wanting to tell others just how much better it is than what they've eaten previously. Today many realise that as a nation the meat we are eating isn't as good as it used to be when farmers weren't as much under the pump to turn around meat as quickly, but at our end, the quality Farmison & Co end, it is turning full circle. We are producing heritage meat the way it used to be and enhanced by the most professional butchers' skills.'

'We want everyone to benefit from our approach and our new academy will bring about a whole new generation of butcher who will take us on the next part of our journey - providing the best quality meat through fantastic cuts embracing the best of the past, the present and the future.'