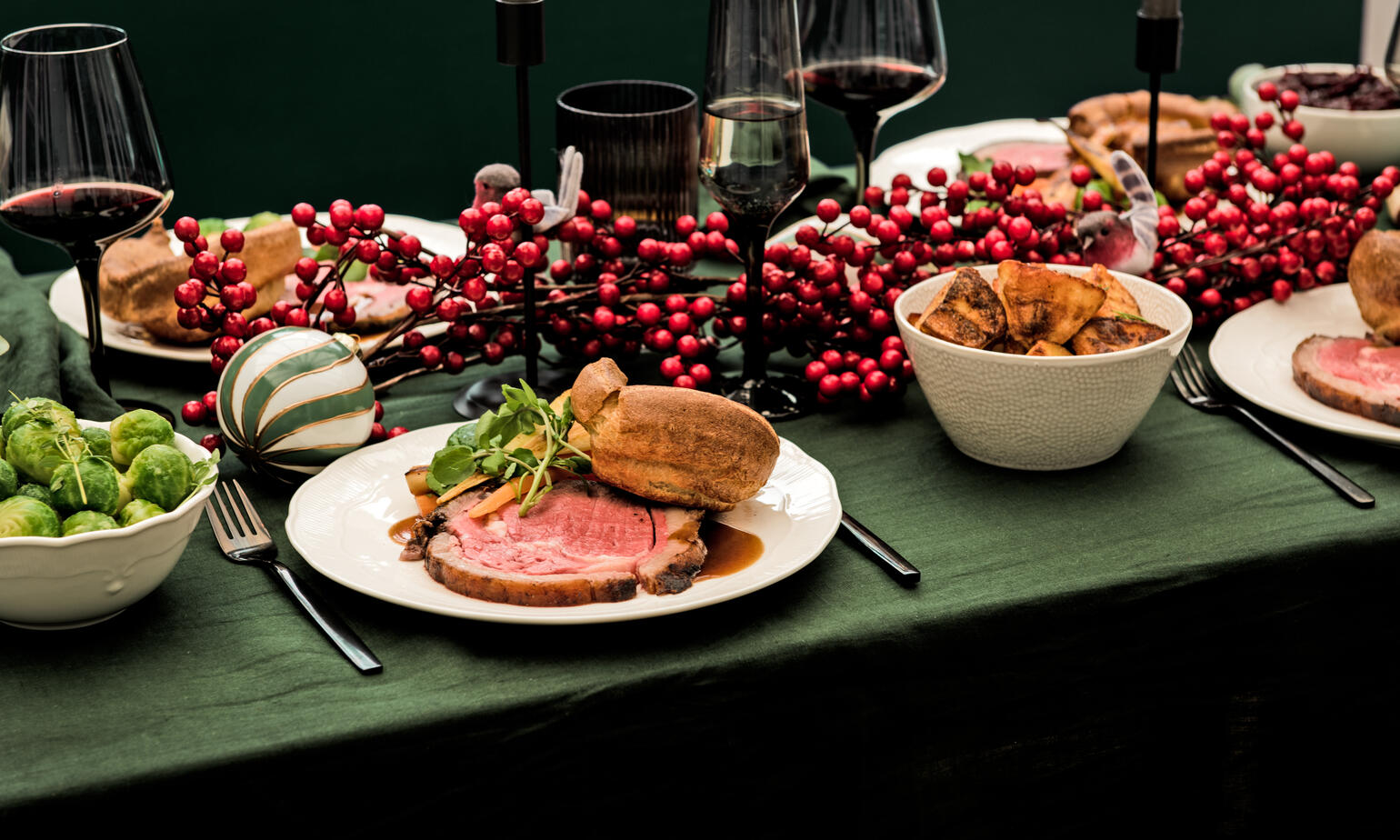 Greetings from North Yorkshire. The Dales and North York Moors are a picture of earthy greens, greys, and browns at this time of year. Small villages, such as Lofthouse, Yockenthwaite, and Chop Gate sit snug in the Yorkshire landscape, and farmers are often to be seen hurrying home on quadbikes at dusk, sheepdogs riding pillion.

November is certainly one of my favourite months of the year to explore these landscapes. I find that the chill in the air and the beauty of the countryside under the low winter sun somehow serves to make food more flavoursome after a good day's walking. In a similar vein these quiet moments alone walking the moorlands and the valleys build my anticipation for the hubbub of Christmas at Farmison & Co, and the joy of celebrating Christmas at home

On my most recent walk up the Wainstone Steps in the Cleveland Hills I reflected on the fact that many customers, friends, and neighbours I have spoken to are planning a quieter, more intimate, and thoughtful Christmas this year. I want to use my update this month to discuss the place of food as part of a more considered celebration.

These sentiments I describe are without doubt in part inspired by the increasing economic uncertainty. It will be a difficult Christmas for many, both here and overseas, and several people have told me awareness of this will also affect how they will celebrate.

In former times, almost all the thought and planning that went into Christmas revolved around the feast. Long before the exchange of presents, or the tree, or any of our other accumulated traditions, good food was the basis of every Christmas celebration. In fact, for many in the Victorian era, this would be one time of the year they ate poultry. 'Goose clubs' of working people saved up all year to buy a bird, and if you couldn't afford that, you'd eat mutton for its rich and nourishing flavours.

Turkey on the other hand is a relative newcomer to the popular Christmas menu. The bird arrived from the New World in the 1520s and Henry VIII reportedly served it at his traditional Yuletide feast for a thousand guests, a meal that could take seven hours to complete and once famously ended with an irate Henry pelting his guests with sugared plums. A century later huge flocks of Norfolk turkeys would take weeks to walk to London's Leadenhall Market for Christmas. There was even a cottage industry in supplying the poultry with leather shoes for the hike. By 1851 Queen Victoria was a convert, insisting that turkey should replace swan at her festive table, but it took another century before ordinary folk could afford to make the bird their centrepiece of choice.

For me, the sudden mass appeal of the turkey in the 1950s is explained by a war-weary country trying to shrug off rationing and the shortages of the war years. For the first time, new methods of raising poultry coupled with rising incomes meant that the average household could afford a huge bird. A succulent, roasted turkey must have seemed wonderful, especially when the 'goose clubs' were still in living memory. I know in my own family, this unprecedented abundance was a huge thrill and relief after many difficult years and privations.

As this industry developed , however, hidden inefficiencies were creeping in until, in current times, mass supply chains mean around two million turkeys go to waste in the UK each year, alongside countless unwanted mince pies, vegetables, and puddings. When people are going hungry, this is appalling, and this wasteful way of doings things must surely change. I am hopeful that with many seeking a more 'thoughtful Christmas,' there will be once again a sea change in attitudes.

For me, the most special foods preserve the traditions of the countryside and retain the human aspect of food production. It also results in better flavours. I know that my suppliers would be devastated if the food they created were to end up in landfill. The time, effort, and love required to rear their herds and flocks inspires a respect and gratitude for the animals. It should not go to waste - it should be enjoyed.

For a more thoughtful celebration, my advice is to choose produce that come with an assurance of quality and provenance, foods that reward better, more efficient and humane ways of farming in balance with the environment. Choose food that's seasonal and grown locally or to a high standard. My family will be enjoying the beef fore rib with mustard, bone marrow, and parsley , alongside all the trimmings. The dry-aged rib is always stunning, and the flavours a direct result of the landscapes to be found on my walks in the Dales and Moors at this time of year.

If you are looking to shop with us this year, I would recommend placing orders sooner rather than later, as we're once again facing unprecedented demand. The range this year has all our usual favourites, from whole birds to chef-prepared ballotines, all sourced from our network of farms and curated of course by Jeff Baker, our Executive Development Chef. You'll find serving numbers, cooking instructions, and tips next to each joint to help you cater to the size of your Christmas table.

As ever, please do send any thoughts, feedbacks, or comments to [email protected]. I always make time to read your comments.