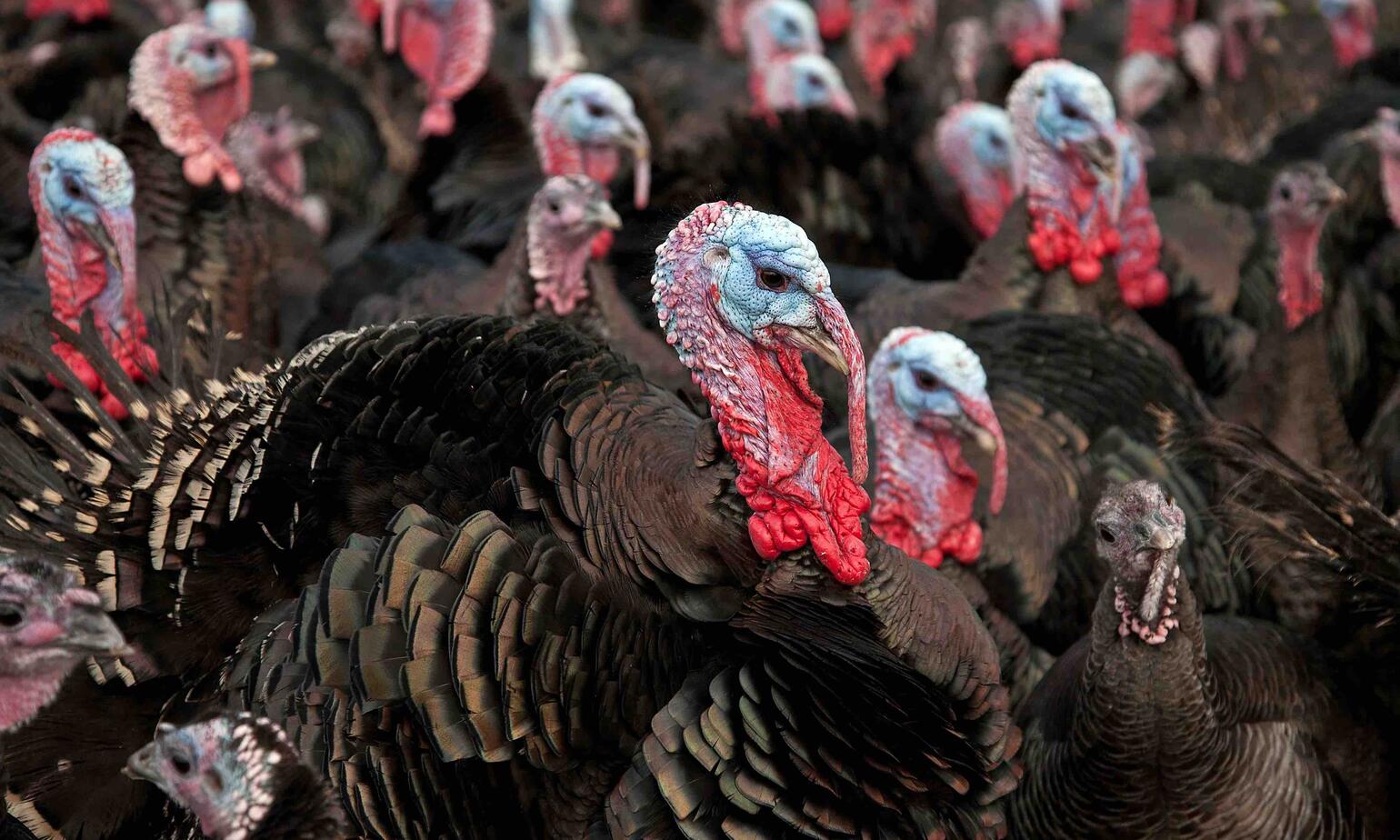 Chris Berry takes a closer look at the festive centrepiece

Every year a familiar conversation, nearly now as traditional an event as turkey at Christmas itself, is held in homes throughout the country and is usually instigated by those in charge of 'that' meal! In a new era when TV chefs are largely male, which has brought about a generation of sons as cooks, it is still generally mums who proffer the initial question 'are we having turkey again this year?' to be met, from personal experience via sons and daughters with shock and the severest degree of indignation that the words are ever needed. Turkey and all the trimmings is the catchphrase for many!

Last Christmas (2015) the UK consumed over 10 million turkeys on Christmas Day with 76 per cent of families serving it up as their mouthwatering, succulent centrepiece but not all turkeys, as with any breed of animal or bird are the same!

Farmison & Co's free range turkeys available to order now have been specifically selected because of the way in which they are reared, tended, how they are fed and because of how they provide a succulent, tender taste that will make your Christmas meal the best it can possibly be.

This year, having kept in close contact with farmer growers throughout the growing process, Farmison & Co's sourcing team is in no doubt that its herb-fed, rich in character and soon-to- be succulent turkeys will once again provide you with that memorable taste sensation on your plate.

The turkeys sourced by Farmison & Co have all been slow grown and have matured in a pleasant outdoor environment where they have led happy, contented lives and been well nourished by farmers who love what they do and care about husbandry. Free-range turkeys from farms carefully selected are proven to have had stress free lives, which leads to the moist and tender meat that everyone wants on Christmas Day.

While turkeys are sociable birds and thrive in large groups stocking densities are monitored via the RSPCA Freedom Foods organisation to ensure that the numbers correspond appropriately to the area where they grow. Farmison & Co's farmer growers are at the forefront when it comes to quality environments and tasty turkey on Christmas Day comes from this kind of planning, bird husbandry and rural management.

Farmison & Co is delighted to offer some of the most delicious, moist, tender turkey available this Christmas. One of their Bronze turkey growers is Edward Wilkinson in North Yorkshire. Edward's herb fed Bronze turkeys are a unique taste sensation. He feeds them 10 varieties of herbs and has won many admirers.

Slow grown, happy, contented turkeys living a stress free existence fed from individually designed miniature hay racks and living in small communities brings that extra special taste to Christmas. All of Edward's turkeys are game hung, dry plucked and waxed according to his exceptionally high standards. Herb fed turkey will provide another satisfying talking point when your guests taste just how good it is!

In a recent survey 87 per cent stated that Christmas was not Christmas without a roast turkey on the big day. It also found that 67 per cent of British women were in charge of the festive meal and that the average age of those cooking their first roast turkey on Chrstmas Day was 34 years old.

Today turkey at Christmas is so popular in households, pubs, hotels and restaurants that when asked to name words associated with the festive day it invariably appears in the Top 5 alongside holly, Santa Claus, presents and tree. This has all been achieved without the need for a multi-million pound advertising campaign.

Although you may be consuming many other food and drink produce during the festivities turkey stands out as a healthy experience. Free range, herb fed, slow grown turkey is both low in fat and high in protein.

While most families purchase a whole bird for Christmas Day the turkey crown is another choice. Farmison & Co's chefs offer the best in preparation and cooking advice whichever you choose with fantastic festive recipes and additions to your dinner table that will maintain your reputation for creating that excellent, succulent centrepiece. Take a look at their latest visions and ideas on pages elsewhere on this site.

HOW TURKEY AT CHRISTMAS STARTED

Yorkshireman William Strickland is reputed to have been the man who brought turkeys to the UK from America. Strickland was a navigator and wealthy landowner who lived at Boynton Hall near Bridlington in the 16th century. Turkeys were domesticated over 2000 years ago by the Aztecs in Mexico and the name 'turkey' came about allegedly due to them being sold by Turkish traders.

Henry VIII is said to have been the first English monarch to have consumed turkey at Christmas but it wasn't until the 1950s that it became the popular centrepiece throughout the country. Up until then turkey had been viewed as a luxury item unaffordable by the rank and file. In the 1930s the purchase of a turkey for Christmas would have cost a week's salary for a man on an average wage. Today the cost of a turkey is equal to 1.7 hours of an average salary.

The largest single day market for turkey is Thanksgiving Day in the USA - Thursday 24 November this year and in 2017 on Thursday 23 November. Over 60 million turkeys are consumed.