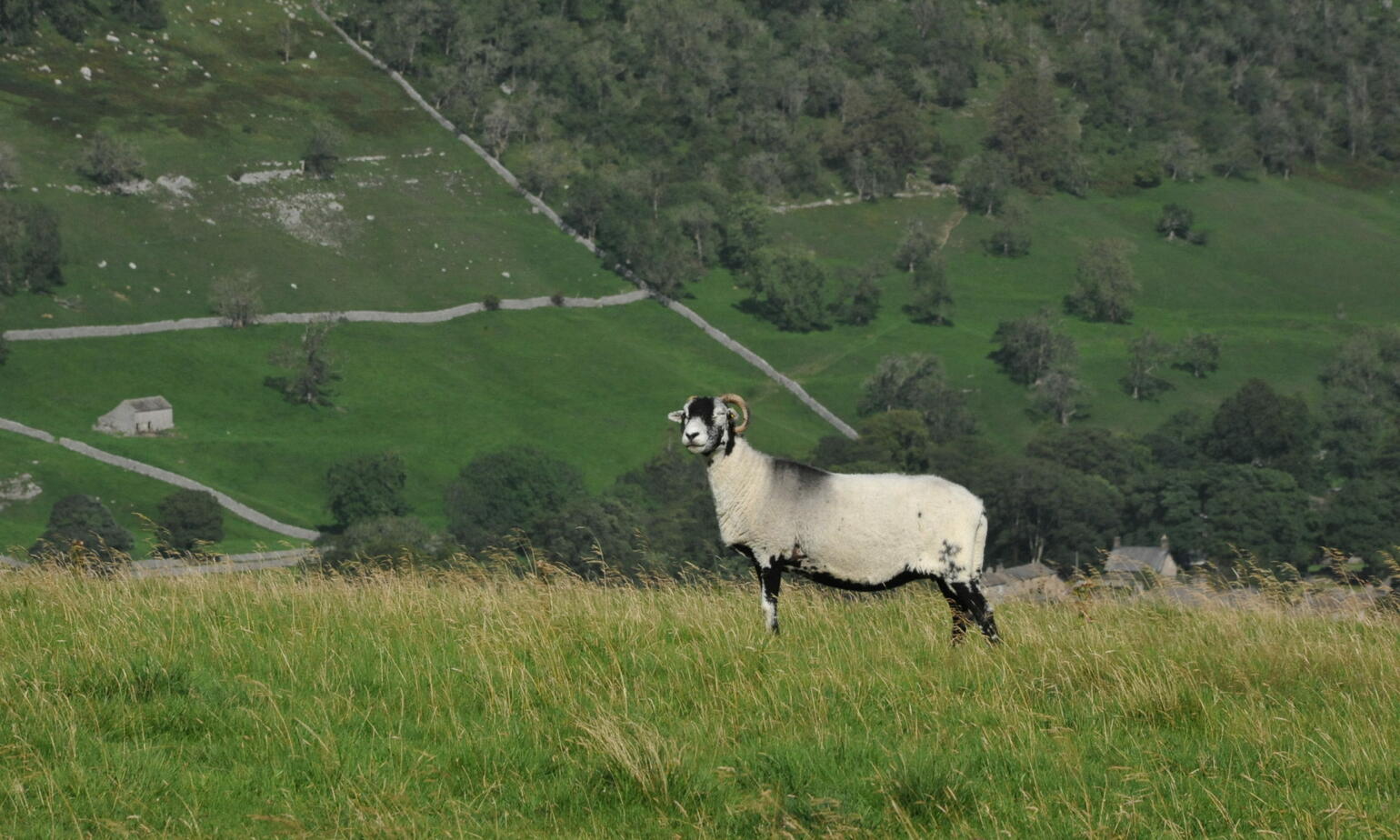 In 2011, I went for the first time to Leyburn Auction Mart. My guide was a slaughter man, there to buy Swaledale lambs. The clang of the gates, the moving livestock and stomp of hooves, and the mutterings of the bidders was a new experience for me. By background then, I was a restaurateur, used to buying in and preparing fresh meat, but not used to seeing how the other half in food live.

It was because of that experience I proclaimed for the first time - and not the last - "Yorkshire meat is the best meat in the world."

In the shadow of the slaughter man, I watched him exchange with the flat-capped farmers, sizing up the animals ushered into the ring. At that moment, three components of the supply chain were together - farmer, butcher, catering - and it was the customer-facing link in the chain that was receiving a lesson about food.

What struck me then was the frankness and honesty of the farmers, even when selling their lambs.

"Not ready, really," I remember one chap saying, describing the livestock he was trying to sell. When the slaughter man pointed out some fine specimens to another farmer, he responded with humility batting away the complement for six, and instead praising another's animals. "He does the best Swaledales." Other conversations went over my head completely, though I recall then the farmers discussing how to graze the animals for finishing. Interesting, as 'grass-fed' is now increasingly entering the consumer's conscience.

I know now that much of livestock farming is about intuition, when to move them, and sensing when an animal is 'ready' for slaughter for the best finish. When I think of this aspect of farming, Yorkshire, and other areas of the UK have retained to some extent nuance in the process of rearing animals that allows the expertise of the farmer to come to the fore, but on the global stage this is disappearing.

Think of the gigantic feed lots of corralled cattle in America, Argentina, and Brazil. These are industrial operations, gradually moving the animals closer to the slaughterhouse as they get bigger. Often automated, the human element in these systems has disappeared.

Another loss at the expense of these systems, are the blood lines of the breed. For better or worse, animals are bred to fit these imposed systems, and are an amalgamation of many breeds. Of course, British farmers cross breed too, but they track the bloodlines. The American Angus Association's criteria for eligibility simply states must be "Angus-influenced" and at least 51% black. That's all. This is the problem when my end of the food business imposes marketing over truth.

A few years ago, French celebrity butcher Yves-Marie Le Bourdonnec caused a stir by proclaiming British beef as the best in the world, and that French farmers should import British bloodlines to improve their national herd. He was promptly chucked out of the French butcher's federation. C'est la vie.

Le Bourdonnec had a point. Yorkshire has some of the best meat in the world, because our farmers are still close to the process. They still care deeply about the health of their herds and flocks, and they still take pride in the maintenance of the bloodline. What we have to be proud of in Yorkshire is nuance up and down the supply chain. That's by virtue of the small farms operating across the three Ridings, variety in the pastures used, and the heritage breeds. The biggest winner here is the cook. We can have different flavours and tastes on the menu, all by virtue of quality husbandry, and something we should be proud of on Yorkshire Day.