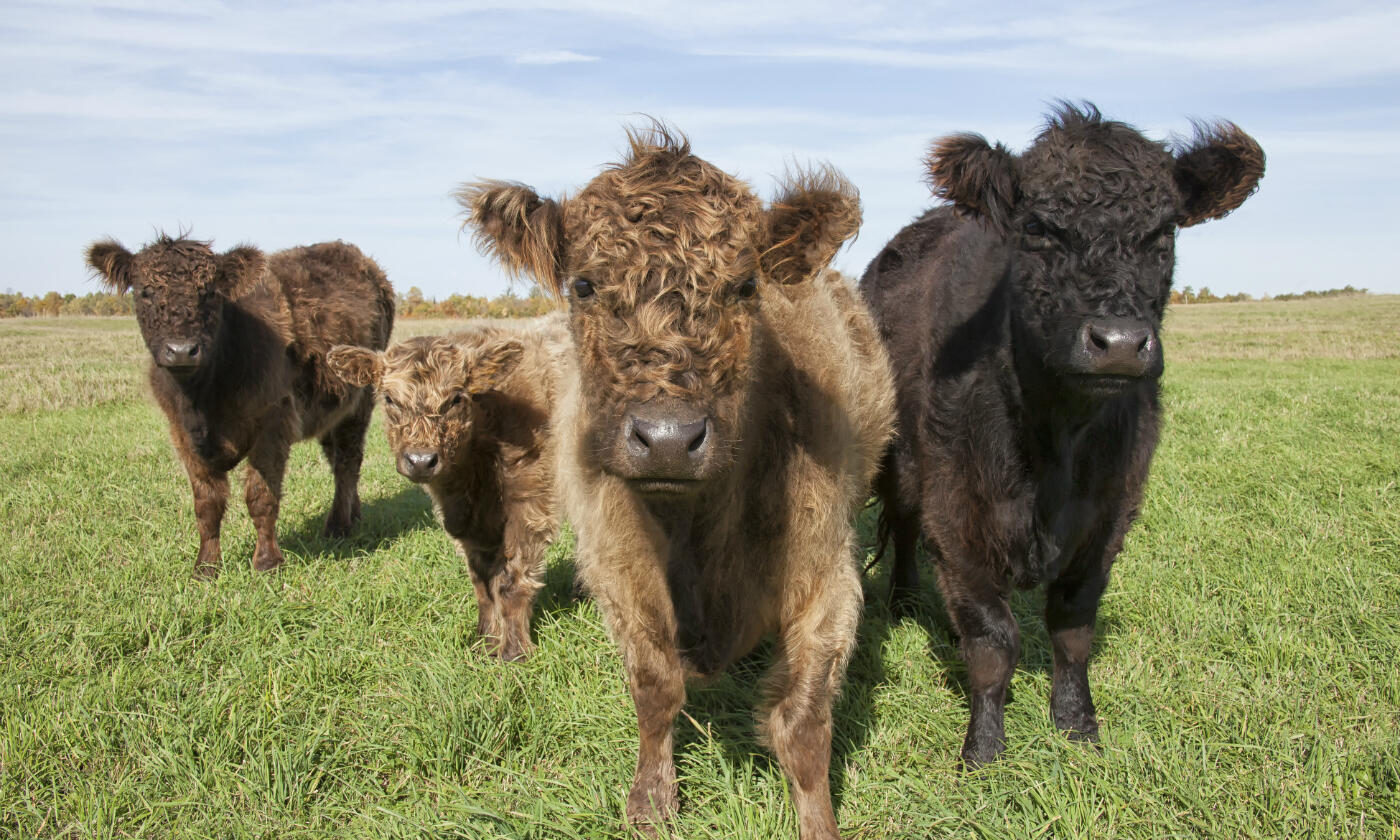 Mob Grazing key for heritage breeds … and the soil

Chris Berry explores the system that is gathering pace

Long before farmers had defined land areas and owned acreage cattle and sheep would roam wild with no borders to their activity. They would find land, plants and vegetation they favoured, devoured and moved on. It is an approach today's livestock farming community is increasingly attempting to replicate as the need to care for soil has become paramount.

The lack of respect paid to soil worldwide over the past three decades during the drive for industrial intensive scale farming and usage of chemicals on the land has caused soil experts to highlight the damage done.

High intensity grazing, particularly of cattle, is just one of the methods that has already begun the work to provide healthier soil with greater nutrients to grasses and plants through better and more even distribution of natural manure, longer recovery periods and undisturbed cover. It is paying dividends for soil quality, improving plant and wildlife and providing increased nutrients for the native heritage breeds that thrive in their natural environment.

'It's known as mob grazing,' says Farmison & Co founder John Pallagi. 'The idea being that herds or flocks graze an area for a short period, in some cases maybe only a day or a couple of days before moving on to the next field or tract of land. It requires regular movement of stock, but it's worth it for healthier soil and in turn for the nutrition it brings for the breeds of cattle that are the foundation of Farmison & Co.'

Good farming practice, caring for the land that in turn looks after livestock with better growth of grass and plants is very much at the heart of Farmison & Co's philosophy of providing stress-free, nutrient-rich, naturally-fed native heritage beef and lamb.

Mob grazing means the herd or flock generally grazes one smaller area for a short length of time before being moved on to the next area and in so doing this allows the longer recovery and growth period, which assists the soil, the grass and other plant species. It also means the cattle and sheep are eating only generally the plant tops where they extract all the energy. It's pretty much a win-win for everyone.

Better for the cattle … in the UK

Livestock farmer and Nuffield scholar Tom Chapman who manages 300 cattle in Hertfordshire has been mob grazing for much of the past decade:

'Initially we introduced it because we wanted to improve soil fertility, which has worked with an increase in organic matter and nutrients, but it has also turned out better for the cattle. As ruminants they are designed to eat long, fibrous material and this way they select seed heads and tips, they look better, their dung is better and we have fewer vet visits. They also haven't had time to think the grass is greener elsewhere!'

'As farmers what we are doing is capturing sunlight, so the bigger leaf area you have by allowing the grass to grow in only having it grazed for a short time each year the more sunlight you capture. The sunlight converts into sugars and proteins that then assists the cattle.'

Better for the cattle … in the US

Rancher and cattle farmer Gary Wofford who farms in southeast Colorado is a firm believer in mob grazing:

'Imagine how millions of bison moved for centuries without fences. They grazed in huge herds spending short periods in certain areas and moving on. They then might not return for months or a year allowing the grass to utilise the natural fertiliser provided by their manure and urine in order to fully recover.'

'When you rest pastures longer by dividing them into smaller paddocks and taking more time to get back to each respective small pasture the cattle eat the plant tops where all the energy is while the rest of the plant is trodden into the ground. The trodden plant then serves as litter, providing soil nutrients and protecting the soil from sun and erosion. The cattle all being in one smaller paddock also provides a more even distribution of their natural fertilisation.'

Better for the cattle … and beef from Farmison & Co

Farmison & Co prides itself on providing the best quality beef, lamb, pork and all other meats from native heritage herds and also caring about the environment in which the livestock lives and breathes. Soil fertility is a major issue right now and mob grazing is one of the answers.

'Our native heritage breeds are excellent converters of natural grasses into fabulous produce,' say John Pallagi. 'Mob grazing comes naturally to them and we believe it has significant benefits not only for our customers who enjoy nutritious, succulent, exquisite tasting dishes provided by grass-fed, stress-free native heritage herds and flocks, but it is also helping the planet in the recovery of soil quality.'