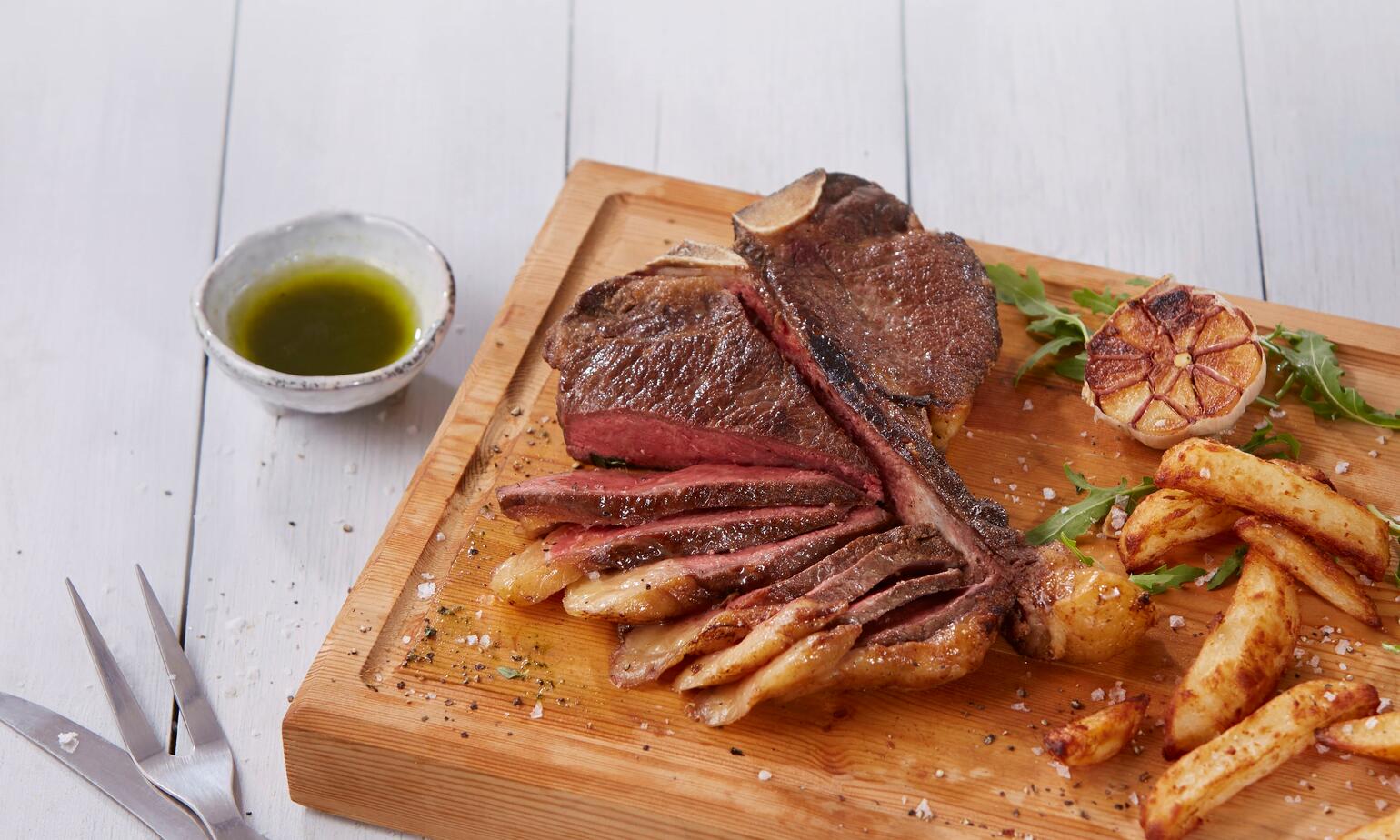 A Meat-Lover's Guide to Sharing Steaks for Valentine's Day

Treat your special someone to the perfect Valentine's Day with a sharing steak at home. Choosing the best steak all comes down to personal preference, so here's our quick guide to help you decide which one suits you.

As a general rule, fat means flavour so the more fat on the steak the more flavoursome the cut, but if tenderness is your thing, cuts with less fat are generally more tender with a softer texture. For an extra dimension, cooking on the bone also intensifies the flavour of the meat.

By choosing a Farmison & Co steak you'll Eat Better Meat, whatever your choice of cut. Our steaks are sourced from grass fed, heritage breeds, reared naturally and at their own pace for exquisite taste. The meat is then expertly butchered and dry-aged to further enhance its natural flavour.

The one that's the best of both worlds

Part- sirloin, part fillet separated by its distinctive bone, the Porterhouse can be described as a double steak and offers two of the most coveted cuts of the beast in one. The fillet has a delicate flavour and is the most tender cut with a soft, almost buttery texture, whereas the sirloin is more flavoursome. The fillet takes longer to cook, so it will be rarer than the sirloin, which is worth bearing in mind if you looking for a particular finish. 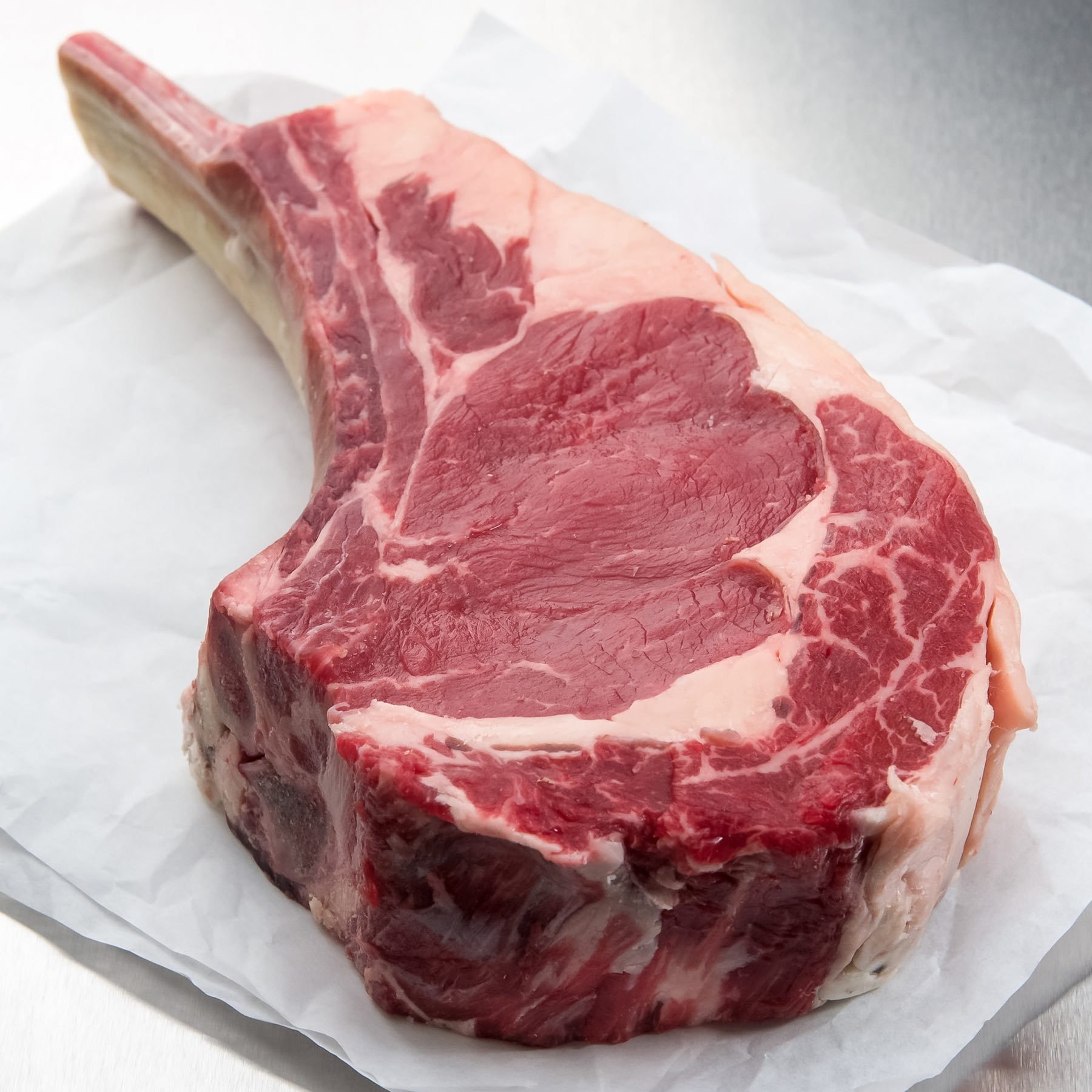 The rich and succulent one

Butchered from the fore rib of the beast, this steak is the same cut as the rib-eye, left on the bone for extra flavour. The steak is enriched by its characteristic nugget of natural fat, the 'eye'. The eye keeps the meat succulent and infuses it with flavour as the fat melts and caramelises, further intensified by the bone , delivering a rich, full almost creamy taste. 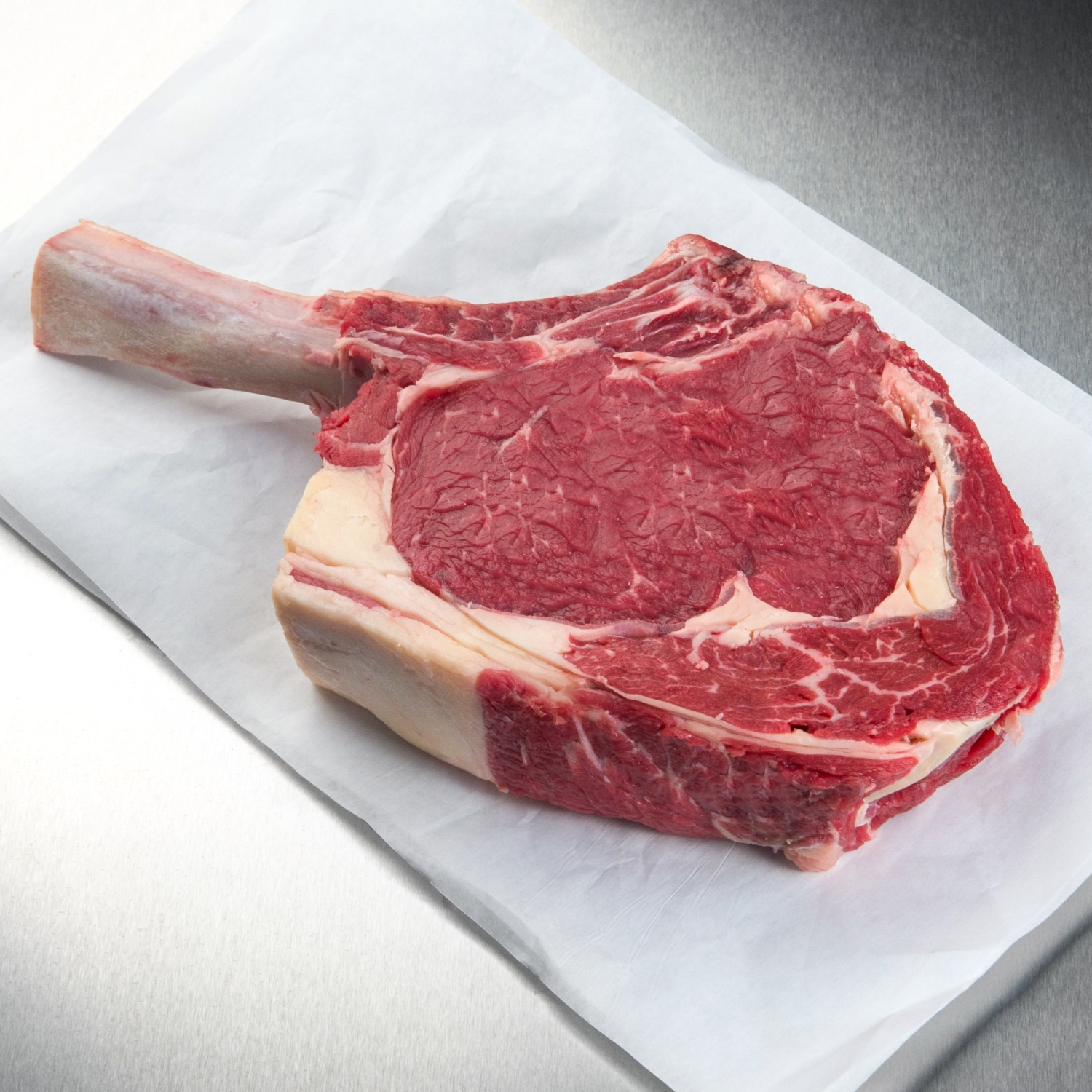 The rich and succulent one with wow factor

Butchered from the fore rib of the beast, this steak is the same cut as the ribeye and the Cote de Boeuf, but with the bone expertly french trimmed. It has the rich, full almost creamy taste synonymous with the ribeye, but the bone is trimmed so the steak resembles a Tomahawk axe - hence the name.

The perfect cut for visual impact 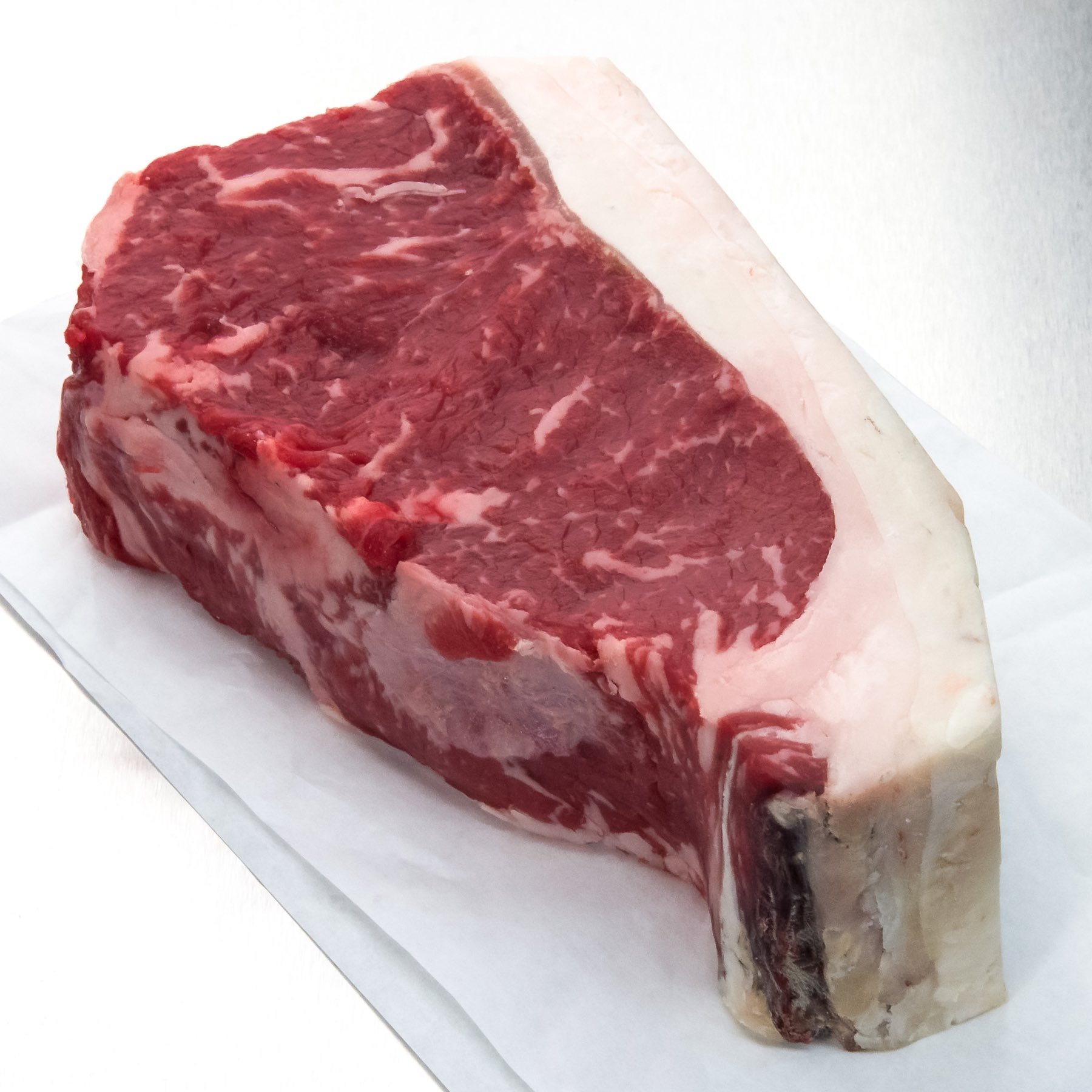 The classic reinvented one

Cut from the loin, this huge sirloin is cut thicker than is typical for its grand status, perfect for sharing. Well marbled and with tasty fat, the sirloin is tender and juicy with light flavour. Best served rare or medium rare for optimum taste.

This cut is ideal if you favour a lighter, rounded classic steak flavour 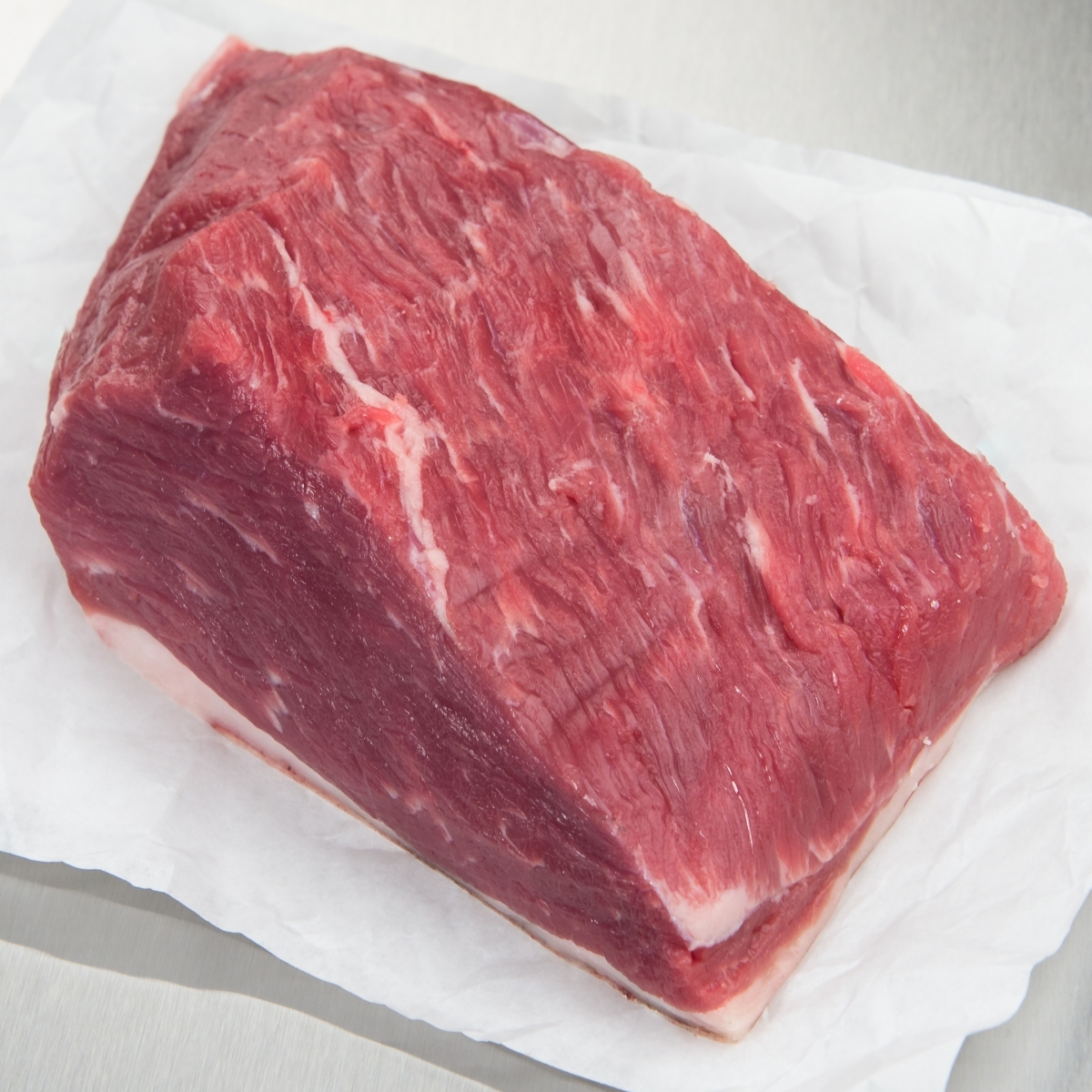 The one that loves a marinade

A Californian favourite, the tri-tip is butchered from the bottom of the sirloin in a triangular cut. Its tapered shape means the tail will be more done, ideal for sharers who like their steaks cooked differently. A mouthwatering cross between a steak and a roast, the tri-tip is a barbecue favourite and works particularly well with a marinade, ideal if you like to infuse your meat with additional flavours.

This cut is ideal for adventurous sirloin lovers 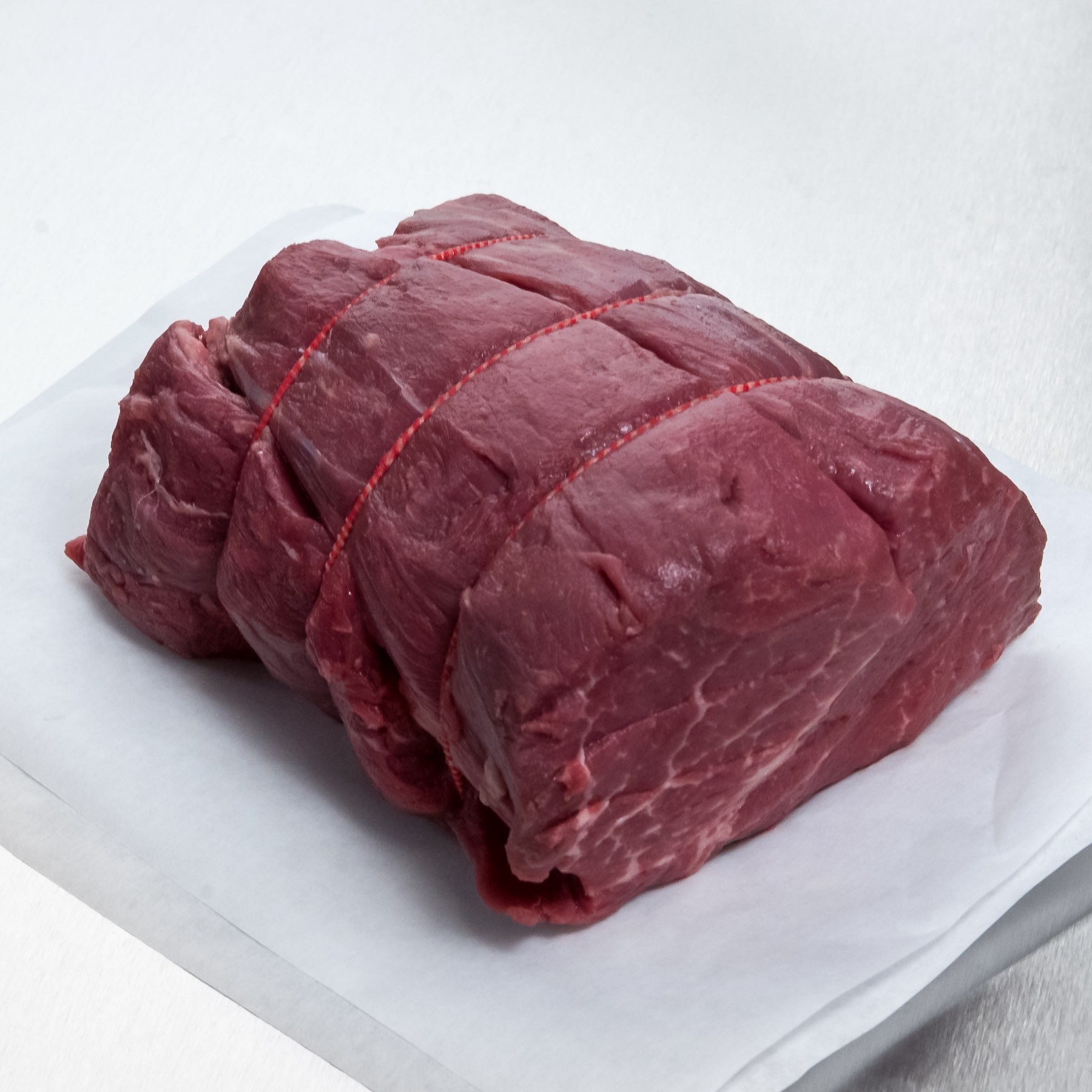 The chateaubriand is cut from the head of the fillet, recognised as the most prized cut of the beast and for its tenderness. The fillet muscle bears no weight, so the meat is interlaced with fine marbling, hence it's very soft and tender, with an almost buttery texture. More delicate in flavour than other steaks, this restaurant favourite is best cooked whole, seared on the hob before being roasted in the oven, then carved into slices ready for sharing.

This cut is ideal if tenderness is your priority

Or, if you'd prefer a cut all to yourself, Explore our steaks here