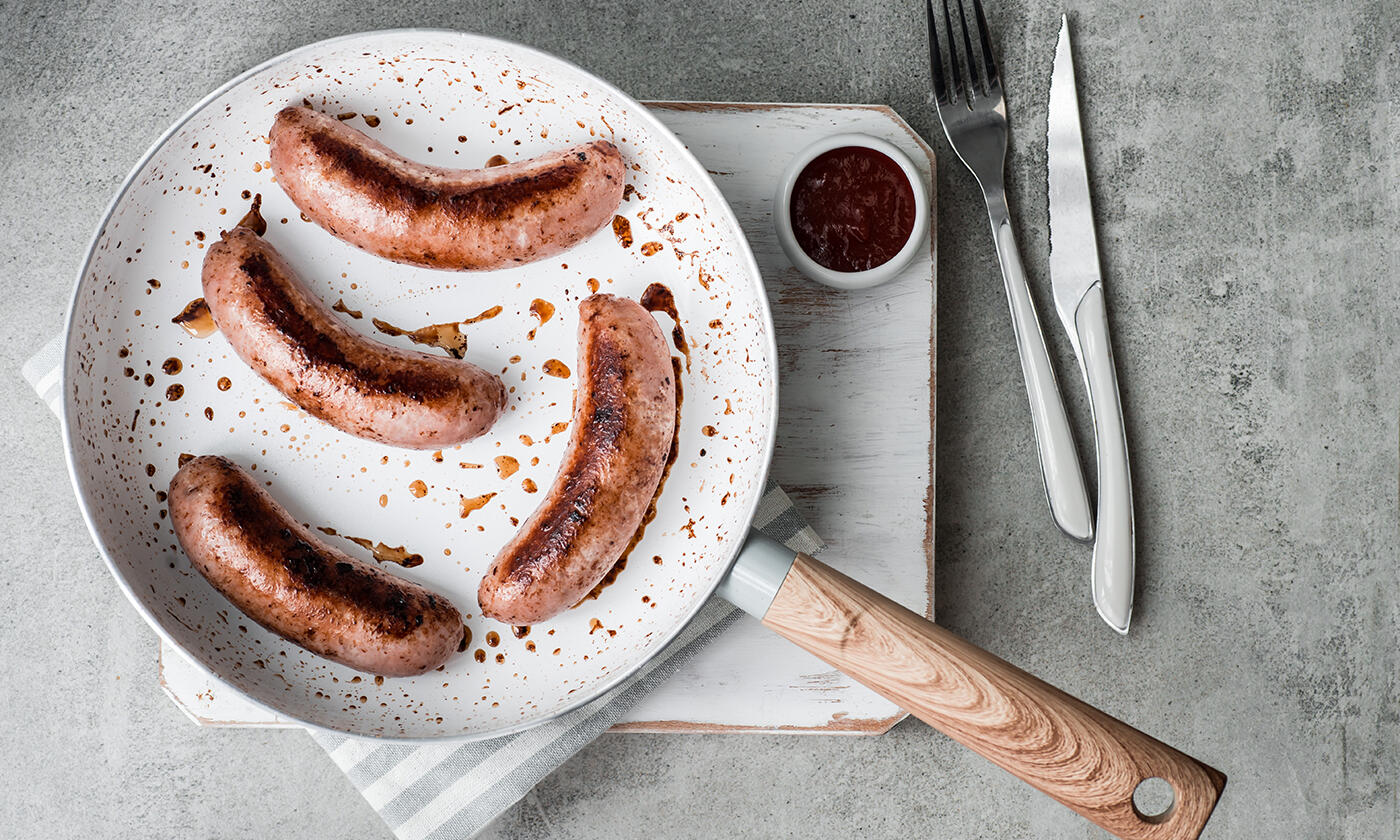 We can trace the sausage all the way back to the Bronze age; originating from the middle East and a meat also popular with Ancient Greeks & Romans. The word sausage in Latin is salsisium, simply meaning "to be salted" which was popular mineral used to preserve meat and formed the base of all sausage making throughout the world.

Sausages in Britain hold a special place throughout our lives, especially throughout our childhood, they feature in breakfasts, school dinners (not so popular) winter suppers, family BBQ, s & give us some great memories.

The name Bangers came about after the First World War, meat was scarce so the sausages were packed out with, cereal & water so when they were fried they sizzled & spluttered a lot. It sounded like mini explosions & so the name stuck.

A Snapshot at our Traditional British Sausages

Though there are literally hundreds of British sausages now available we've listed a few to highlight the variety that's been produced over the centuries.

Traditional British sausages piped into hog or sheep casings then linked by hand, A typical weight for a thick sausage being 80g to 100g per link & 40g to 50g per link for a thin sausage typically in Scotland, though nowadays this is still most common sizes, you will see many variants in both size & texture.

What makes a Great British Sausage?

A great British sausage is made with a high content of meat, minimum 80% & there needs to be a good fat to lean meat ratio, around the 20% of that total. Grinding the meat through a mincer twice will create a really great texture, meaty with a soft, rounded mouth feel with the seasoning balanced throughout. Piped into natural hog or sheep casings, thin sausages go into sheep casings & thicker more traditional sausages into hog casing. These natural casing cook the best & form a tender, unobtrusive case around the meat once cooked. Use high quality spices & fresh herbs make all the difference.

Placing the sausage flat onto the grill over medium heat & turning regularly for 12 to 15 minutes, this is a good way to cook those meaty sausages.

Lay the sausages onto a parchment paper lined baking tray & pop into a preheated oven, 200°C & cook for 20 to 25 minutes, turning the sausages half way through cooking, regarded as the most convenient & healthy option.

Set up you bbq kettle for smoking around 180°C to 200°C, grill the sausages over direct heat for a couple of minutes then transfer to the cool zone, non direct method & smoke for 15 to 20 minutes, this will give a deep Smokey flavour, one of my favourite methods.

Gently frying the sausages in a non stick pan with a small amount of oil over a long period of time will give you a rich, juicy sausage that in my opinion cant be bettered.

A method used in the catering industry, gently simmer the sausages in water or light broth for 8 to 10 minutes, remove from the liquid, pat dry then fry in a non stick pan until rich & golden, this method locks in juices creating a great end result.