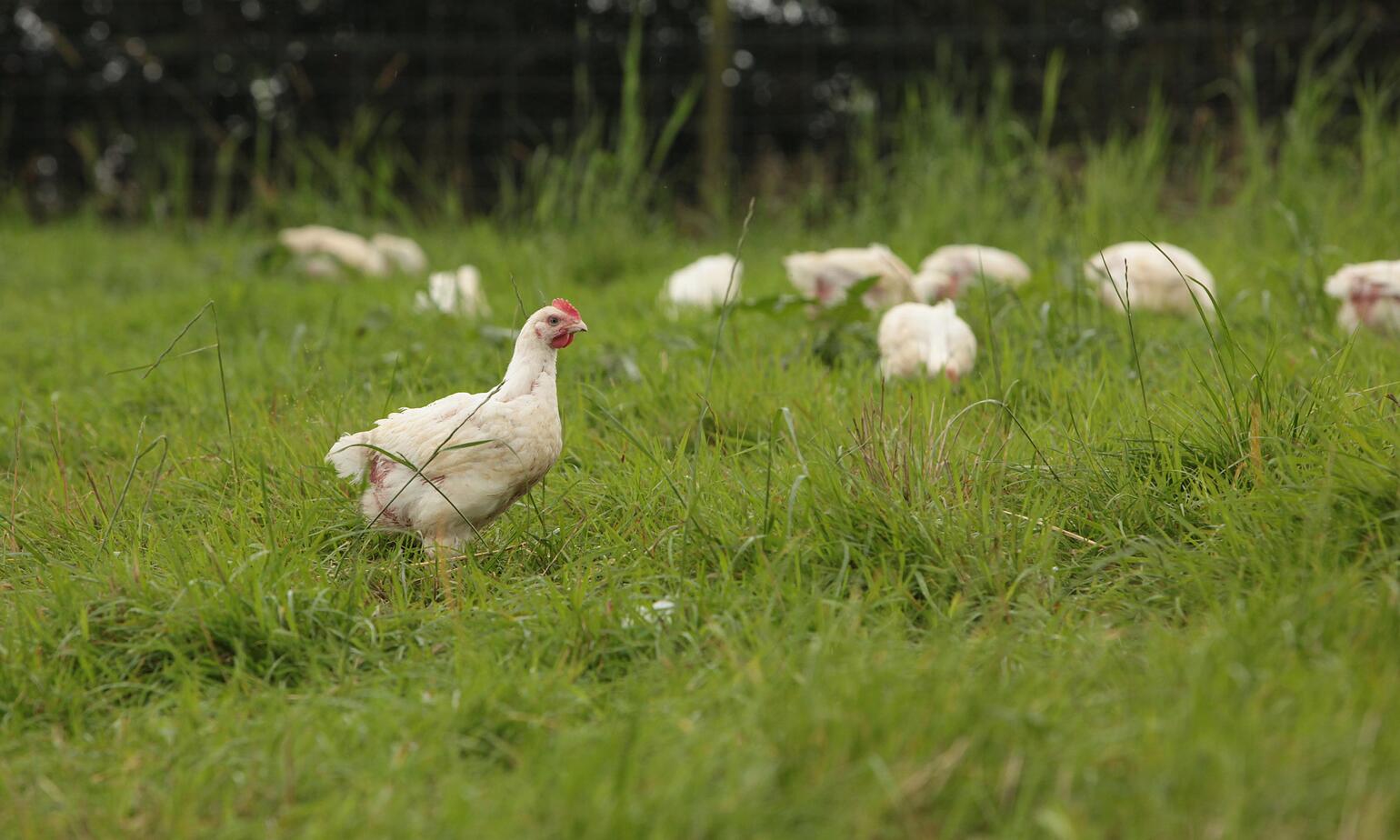 Decent chicken can be an difficult to find at times despite the fact we as a nation are eating so much of it these days, 25kg each on average. In contrast, in 1950 British people only ate on average a kilo a year of chicken.

You can be sure that kilo back then was better quality than what most people can get hold of today. For me as a chef when cooking a dish often half the battle is getting the best ingredients, and with chicken dishes that's certainly the case.

Often the difference is so tangible once you know what you should expect from a chicken that it's quite amazing how this has changed over the years.

The huge increase in demand for chicken in this country led to changes in the food industry we've seen repeated elsewhere. Like with beef and pigs, much of the change in taste can often be attributed to new breeds as well as the techniques and methods in raising our livestock. In the 1950s a new type of chicken was introduced to Britain from America - the 'broiler.' This new type of chicken contrasted with previous British chickens, which tended to be free range and were dual purpose, meaning they were kept to provide both eggs and meat, often on allotments, in yards, or in suburban gardens as well as on farms.

The broiler was so named because its meat was tender enough to be grilled, and its arrival came at the same time as the electrification of agriculture making it possible to rear enormous numbers of birds indoors. Suddenly it was cheaper and easier to buy chicken and their eggs at the shop.

Over the decades the plentiful supply of chicken also received a public image boost in light of BSE, as it was seen as cleaner than beef, as well as leaner. That's not necessarily true, considering the mass production of chicken, often in vast industrial barns. Then there are the industry horror stories, such as the use of 'plumping' which means injecting chicken with salt water.

This mass production of chicken isn't necessarily a bad thing: It does promise affordable food, and makes sure people get enough protein in their diet, though there are ethical questions. It just means that the vast majority of chicken is raised with profit in mind, rather than taste.

Like with most things, for me as a chef, the way to get the best chicken is to only use accountable sources where you can see exactly what you're getting.

That's what we do at Farmison & Co too, to make sure we can supply the best poultry out there. Customers regularly tell us that our chicken tastes just like it did when they were kids, and that's because we rely on traditional poultry farming techniques.

For one, our suppliers don't fatten up their birds as quickly as possible on poor quality feeds for a quick buck. At Swainson House Farm at Goosnargh, chickens are fed on a high quality diet and allowed to wander about, rather than being kept in racks. At Woodman's House the chickens are fully free range, are allowed to mature at their own pace, and are fed on a rich diet of herbs and corn.

This care over the food's providence, and due heed to agricultural heritage, translates into fantastic flavour, which you might not be used to. One thing that's particularly noticeable is the smell, which can be particularly pungent, though it fades pretty quickly once you get cooking.

All our birds from Swainson House for instance are hung for 24 hours to intensify the flavour. The draw back on that though is a shorter life on the bird, but it's worth it for the taste. I'd recommend eating any chicken from Swainson House Farm within two days of receipt, or else freezing for when you're ready to use it.

If you're thinking of tasting some of our cracking poultry, here are some of my favourite recipes for getting the most out of a good chicken: