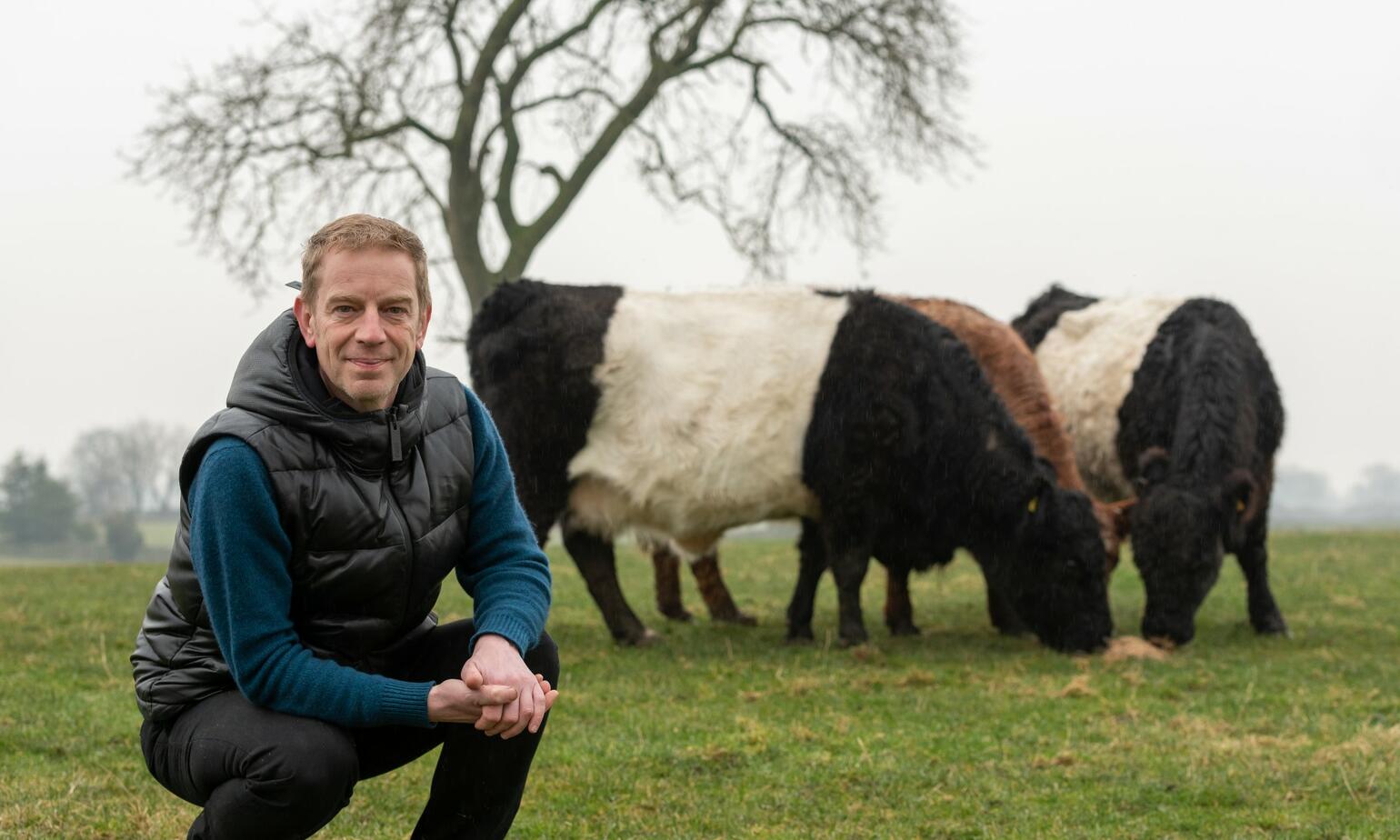 Greetings from the Yorkshire Dales. Given the continuing events in Ukraine, I wanted to use my update this month to reflect on my own family history in relation to the changes in British food culture that have been driven by the movement of peoples.

With striking parallels to today, in 1956 the Soviet Union invaded Hungary to crush the nascent revolution, and with it, the Hungarians' attempts to loosen the country from the grip of the Warsaw Pact. Thousands fled the country, including my paternal Grandmother (or my 'Nanna') Ilona Pallagi and her two young sons: my father Janos Pallagi and uncle Mihály

Pallagi. The three crossed the border at night into non-aligned Yugoslavia and here they stayed, parked in a refugee camp for nearly two years, with no onward destination on the horizon.

In the camp, my Nanna was the guest's hut tea lady and she served the camp's formal visitors tea and biscuits each day. One day in 1957 a party of dignitaries from America, the UK, and Europe visited. They had been brought to the camp to see the plight of the displaced Hungarians. My Nanna, normally a stoic woman, was overwhelmed by the occasion after so much drudgery and dropped all the crockery on the floor in front of the visitors. Flustered and sobbing, she rushed to pick up the mess. A British dignitary, tall and moustachioed, got up to help. He asked my Nanna where she would like to live, but she didn't understand. When it was translated, she definitively replied, "England." The man replied, "Do not worry Madame, we will get you to England."

That dignitary was Prime Minister Harold Macmillan, and he was true to his word. Six months later, my Nanna and her two young sons found themselves on Cannon Street in Middlesbrough - a world away. It wasn't an easy start: two young children, no English, and no job. She also made things more difficult by not realising the daily drop of groceries piled high on her new doorstep were a gift from the community. It took a visit from the local priest for her to finally accept the food. And then, she got on, as all people plucked by circumstance and chance from their homeland do. Nanna got a job, learned the language, and raised her small family in Cannon Street.

I have been reflecting on the generosity back then of our great nation, as I watch the images of millions of desperate people on the move again. These people must be wondering whether they will ever see home again. For my Nanna, the prospect of returning home was remote and uncertain for many years. Hungary was locked away behind the iron curtain and a world away from the northeast of England. Eventually, she was able to visit in 1980.

In those intervening 20 odd years, my Nanna retained a link to her homeland through food. Her kitchen on Cannon Street was always filled with clanking pots and pans bubbling away with exotic aromas filling the air - the smell of a faraway place. The kitchen was the heart of the house, and food was something to sit down and appreciate, with plenty of conversation. She fed all comers - expected or not - with peasant dishes from the Hungarian countryside. Classics such as Rakott Krumpli (layered roast potato), Rantott Hus (shallow fried chicken on the bone, with thigh and brown meat only!) and Uborkasalata (cucumber salad).

I never asked her opinion of British cookery, although I suppose her steadfast loyalty to Hungarian cuisine was telling. My memories of British food culture back then was that food was fuel, and that it was heavy and bland in comparison to the magical dishes of my Magyar family. Of course, Britain has always been home to incredible food (not least from our livestock), but the legacy of the Industrial Revolution and rationing meant a mass culture of enjoying food never developed in quite the same way as it did on the continent. When I was a child, if you wanted to go out for a sit-down evening meal, your options were extremely limited.

It's funny how long ago this seems. Arguably these days the UK has the most diverse restaurant culture in the world with every cuisine imaginable on offer. The opening of Le Gavroche by Albert and Michel Roux is commonly pointed to as the turning point. Indeed, the roster of now-famous chefs who learned their trade in their kitchens is a who's who of British food. That said, for 65 years it was the Gay Hussar in Soho which was front and centre of the London restaurant scene. A Hungarian restaurant, no less, and the favoured haunt of many politicians.

But this is top-down history. It took more than restaurants in London to change how we ate on our islands. It was the steady arrival of people like my Nanna who affected a sea change in attitudes. Poles and Ukrainians after the war, West Indians, Indians, and Pakistanis, and many other nationalities besides. It wasn't just the dishes they brought with them but new attitudes towards food that livened up the British palate. This was of course complemented by the era of mass travel as Britons looked to explore cultures abroad.

I was fortunate to have this window to another food culture from my early childhood, and, as my family and friends will tell you, I have always been a food critic. That's a legacy of my Nanna's cooking and her attachment to her homeland. I am of the view food should be respected and savoured and it should be more than just calories. Ultimately, it was the desire to recreate the joy of eating at my Nanna's house that led me to open my first restaurant and it was in my own kitchens that I asked the question that began Farmison & Co. Namely; "why can chefs cook with the best British meat, but the home cook can't?"

It's all thanks to a chance act of kindness to a young woman in need of help many years ago that Farmison & Co exists today, and thanks to you, our customers, that we're able to help to put better British meat on the table.