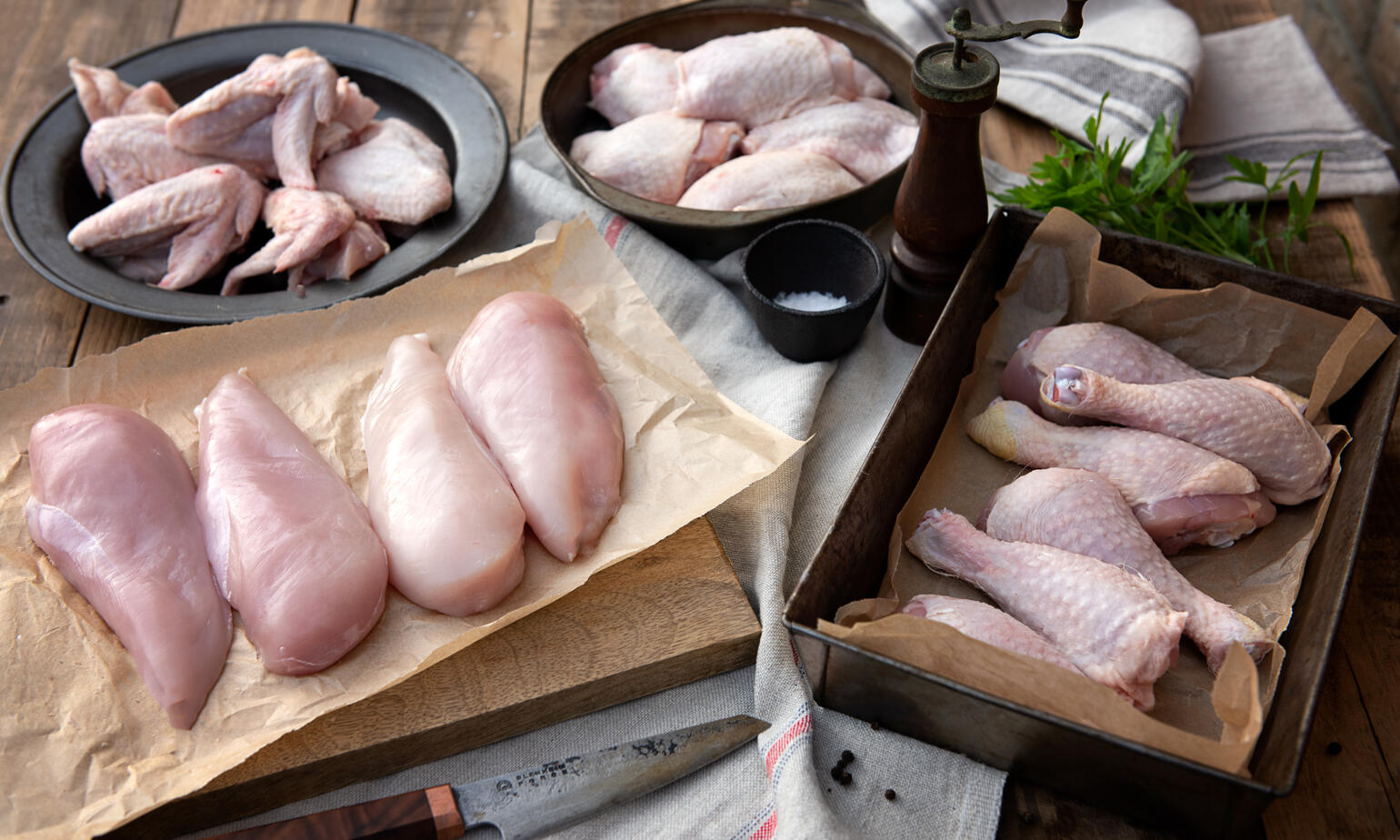 Award-winning investigative food journalist Joanna Blythman discusses the horrifying impact the import of US food might have on the UK supply chain. At Farmison & Co we are always free-range, ethical, and support traditional husbandry. We urge everyone to take an active interest in how their food is made, and sign the food standards petition to ensure the UK maintains its current high standards of food production.

"Ever since BSE (Mad Cow Disease) hit our headlines in 1989, people in Britain have been ultra-sensitive about the integrity and wholesomeness of the food on our plates. 178 deaths are now attributed to this disaster, and public trust has never quite recovered. Our nation has learned the hard way that foolish tinkering with our food chain can yield grim results.

Since then, British people have made it consistently clear that we're risk-averse in the food department, a sentiment repeatedly expressed in surveys of consumer attitudes towards issues, such as genetic engineering of food, chemical food additives, animal welfare, wildlife impacts, and food irradiation.

By virtue of our EU membership, whenever US companies have tried to foist their lower food standards onto us, we have had protection through being part of a more food-enlightened EU block. Now, as the UK leaves the European Union, the push is on from the US to impose its less stringent standards of quality, safety, animal welfare, and environmental upkeep on us, through a new UK-US trade deal. The sane, sustainable food and farming system we have been working towards in this country has been publicly derided by the US ambassador to the UK, Robert Wood Johnson. Unless we reduce our food standards to accommodate US products, he sneers, we'll become a "Museum of Agriculture".

In the UK, it's hard to find anyone who relishes eating a bird that's been dipped in bleach, that's why there has been such widespread public outrage at that suggestion. But as Brexit and Coronavirus have dominated our headspace, the penny is dropping belatedly that the possible arrival of American chlorinated chicken on our plates is just the tip of a sinister iceberg. A major push to debase the food we eat by using unsafe, hi-tech methods that play fast and loose with public and animal health is on. And the worst of it is that the UK government seems prepared to sell our food standards and food producers down the river. The Agriculture Bill, the most important farming legislation in generations, recently passed its third reading in parliament, even though it failed to enshrine minimum standards to protect our food standards. Only one Conservative MP rebelled. Not a single Labour, Lib Dem, SNP or Green MP voted for it.

The menu of US food possibilities that a UK-US trade deal could usher in is wide-ranging and deeply retrogressive, paving the way for the adoption of production methods that are currently illegal here. For starters, we'd be forced to accept food produced with pesticides that are banned in the EU on health and environmental grounds, such as permethrin, the broad spectrum insecticide that is classed as a likely carcinogen. And we'd be forced to tolerate higher levels of pesticide residues in our food, a disaster for our wildlife, and a risk to human health.

The big biotech and chemical companies based in the US have made no secret of the fact that they want to crush Europe's resistance to genetically engineered food. In the EU, foods made using genetically modified (GM) ingredients must be clearly labelled as such, and consumers have made clear that they don't want to buy them. If this US-UK trade deal goes ahead, we wouldn't be able to stop unlabelled GM foods appearing on our shelves. A sneaky amendment has also been tabled to the Agriculture Bill, which would allow 'gene-edited' foods into the food supply in England, despite there being no evidence whatsoever that gene editing is safer than old-style GM crops and techniques. To date, these have signally failed to deliver on their promises and caused serious problems, such as the creation of 'superweeds' and excessive pesticide use.

In the past, more food additives and hi-tech ingredients have been allowed in ultra-processed foods in the US than in Europe and the UK. These include petroleum-derived food colourings, azodicarbonamide- the chemical used to bleach flour that has been linked to asthma- and potassium bromate. The latter, a chemical that reduces the time needed to bake industrial bread, has been associated with kidney, nervous system and gastrointestinal disorders.

Both for human and animal health reasons, the EU and UK ban the use of synthetic hormones to make farm animals grow bigger faster. The European Food Safety Authority says that there isn't enough data to fully assess potential human health risks, such as increased cancer, and early puberty. But US farmers are allowed to implant beef cattle and dairy cows with them. They are also permitted to treat pigs with the beta-agonist drug Ractopamine, which has hormone-like bodybuilding effects.

Another extremely serious concern about weakening UK agriculture standards to permit US food imports concerns the overuse of antibiotics in the US, which increase bacterial infections in both animals and humans that are resistant to key groups of these vital drugs. Around 75% of medically important antibiotics in the US are given to farm animals. In the UK, the equivalent amount is lower: 40%. The UK is no angel in the antibiotics department, but hugely better than the US.

If we let our government get away with signing us up for the currently retrograde US trade deal, US meat processors will push to get their drug-promoted meat and milk onto UK shelves. Cheaper than the UK-produced equivalent, these imports would probably be purchased by processed food manufacturers. And as their multi-ingredient products don't have to list the country of origin of individual ingredients, we will have no sure way of avoiding ingredients produced by these risky and backward methods, unless we never eat any processed food.

Powerful US meat and grain corporations have also been pushing the EU to drop restrictions on abattoir offcuts and waste in animal feedstuffs, arguing that it is a protectionist barrier to trade. So this new trade deal could even in time see the practice of feeding slaughterhouse byproducts, such as brains and spinal cord, to animals resumed, even though we know that it can cause swine fever, foot and mouth disease, even BSE.

British food safety, animal welfare, and environmental standards have not been perfect in the past, but they have been amongst the best worldwide. Yet unless active citizens force the radical revision of this Agriculture Bill and forthcoming trade deal, our precious food supply will be opened up to a Pandora's box of problems.

Of course, those with money may be able to buy their way out of the mess. There will always be farmers who refuse to go-down the US technofood path, principled, responsible people who stick with more wholesome, time-honoured production methods. But unless we never need to go to hospital, or send our kids to school, or never eat out in restaurants, or shun all processed food like the devil incarnate, they'll be no escaping the debased, possibly dangerous food that US food corporations are sending our way. Please do whatever you can to make your voice heard. We simply can't let that happen."

Please sign this unprecedented 1 million-strong petition to save our food standards: https://www.campaigns.nfuonline.com/page/56262/petition/1?locale=en-GB