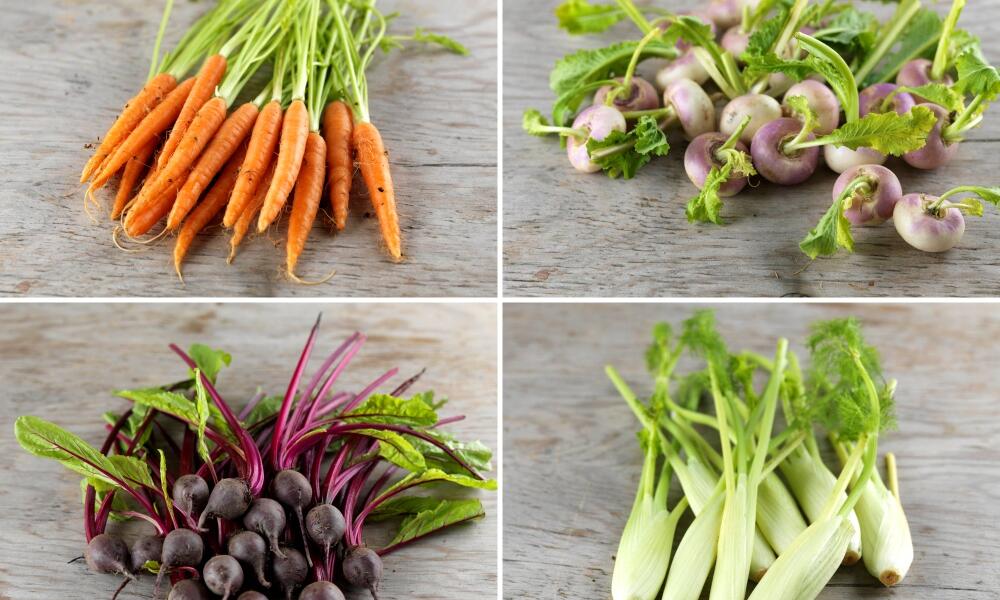 It's not often you hear someone raving about the taste of vegetables; usually it's meat that receives all the praise. Of course here at Farmison & Co we're pretty proud of the taste of our rare and native breed meat, but that's not to say we don't eat our greens.

In fact, we're quite the opposite: We've been working hard to expand our Greengrocery section to include the best of what's in season, while we're always on the lookout for new fresh produce to whet the appetite of our foodies. That's why we're delighted to be stocking - as the only online British supplier - the Baby Vegetables grown by the Sales family, based in the South of France, near Perpignan.

Not just a novelty, and not dwarf or hybrid varieties, these much talked about immature vegetables are delicious in their own right, having found themselves into the kitchens of top chefs like Ferran Adrià, Paul Bocuse, and Christian Sinicropi.

Ferran Adrià was the head chef at ElBulli when it won best restaurant in the world in 2002 and 2006 as awarded by Restaurant Magazine. Indeed true to our ethos of stocking only produce that would find its way into any top restaurant, and that which has been grown by artisan suppliers, a great deal of expertise goes into growing this produce. To be precise, five generations of Sales family expertise goes into these exceptional vegetables.

The trick is to pick the produce at exactly the right time before they get too big, to ensure maximum flavour, freshness, and tenderness in the young vegetables. The winter Baby Carrot for instance can only be harvested during a two-day window to ensure optimum quality: pick it too early or too late and the fantastic taste that sets these vegetables apart would be missed. Such knowhow has been passed from father to son to keep these unique techniques alive.

The results of all this have not gone unnoticed: As well as been picked up the top chefs on the continent, the produce of Maison Sales has been consistently lauded by the French culinary press as being the best vegetables out there.

Furthermore the Maison Sales family's attention to detail is brilliant once they've harvested the produce. They've even developed customised packaging to preserve the baby vegetables' delicate form from field to fork. That means protecting against temperature variations, keeping humidity at a constant level, and allowing the produce to breathe. All this care means the great taste that sets these vegetables apart is preserved from field right to fork.

Don't believe that such methods could yield such a tasty Michelin-standard treat in your own kitchen? Why not try them? Right now we're magnificent Baby Turnips, Baby Carrots, Baby Fennel, Baby Beetroot, and Baby Leeks. They offer a sure fire treat and delectable tasting experience whatever the occasion.

Elsewhere, to get ready for the salads of Summer we've also been adding lots of seasonal greens to the site too if you haven't noticed. From salad staples like lovely Little Gem Lettuce, to more unusual fresh produce like British Red Amaranth and tasty Heritage Tomatoes, our mission to make our Greengrocery section the best stocked on the web continues apace! Come on over and take a look!