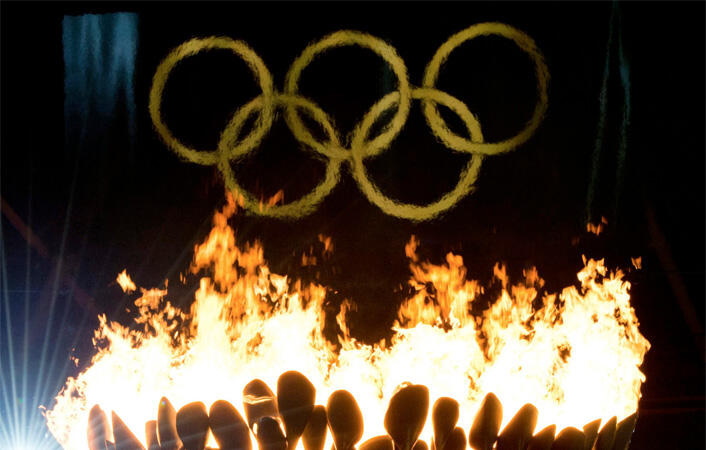 Magnificent, glorious, outstanding and quite brilliant!

Anyone who witnessed the Opening Ceremony of the London Olympics, on live television or was fortunate enough to be in the stadium itself could not fail to be impressed by what is being hailed as the "Greatest Show". In my opinion it was the work of genius by the artistic director, Danny Boyle. The climax of the Opening Ceremony saw the Olympic Cauldron, made of huge copper petals, being lit shortly after midnight on the 28th July by a small group of young, unknown but promising athletes. A fitting and truly remarkable sight!

With The Games now underway over 10,000 athletes representing over 200 countries from around the world will participate in a vast array of sporting disciplines from gymnastics and diving to tennis and track and field. So many talented and dedicated individuals are in search of a prized Olympic medal of which there are more than 4,000 to be won.

During a period of just over 2 weeks, it is estimated that over a million spectators will attend various Olympic events with over 200,000 staff in place of which over 70,000 will be volunteers.

I began to think about the sheer volume of food which will be eaten by spectators, workforce and athletes alike during this period! The quantities required include: 31 tonnes of poultry, 100 tonnes of meat, 21 tonnes of cheese and more than 330 tonnes of fruit and vegetables.

The London 2012 Food Vision Campaign clearly outlined its plans to offer a wide variety of food for all with a commitment to serving both British and seasonal food during The Olympics.

There will be 2 main themes to the food available. One will be British food that reflects the multicultural mix of foods that we enjoy such as curries, hog roasts and classic Italian. In addition, food will be on offer from countries and regions around the world such as South Africa and the Caribbean with street food also being showcased. Consideration has been given to those following special diets, such as Kosher and Halal and to the needs of children. Free water is available to all.

As a spectator at the stadium you will get the opportunity to sample some of the dishes on offer. You could decide to pack a picnic which may help to avoid long queues and satisfy the needs of the kids faster. Have a look at the accompanying recipes with my Picnic and Jubilee Blog where you will find easy to prepare tasty recipes such as supreme sausage rolls, quiche and fresh orange fairy cakes.

Most of us will be spectating from the comfort of our own homes which makes life a little easier in terms of what we eat and when. Why not have a Ploughman's lunch? So easy to prepare, perhaps a flavoursome chunk of Isle of Mull Cheddar alongside a delicious Blue Stilton. Serve this with fresh celery and apple, a few slices of crusty bread and a little chutney. Alternately, a light seasonal salad such as rocket, runner beans and cherry tomatoes with a fresh herb dressing made with 2 parts olive oil to one part lemon juice, seasoning and chopped fresh herbs of your choice. If you are doing weekend brunch or late breakfast there isn't much in this world which will beat a good quality bacon buttie.

Usain Bolt, the Jamaican sprinter, famously ate chicken nuggets prior to his record breaking 100 and 200m events at the 2008 Beijing Olympics. These are so easy and far healthier to make at home that you would not think of buying them pre-prepared! Simply cut chicken breasts into bite size pieces, dip in melted butter or spread, coat in fresh or dried breadcrumbs, place on a baking tray and drizzle a little more melted butter on top. Bake in a pre-heated oven at around 190C, Gas mark 5 for 10-12 minutes or until cooked through and golden in colour. (You can grate a little cheese of your choice through the breadcrumb for additional flavour if desired)

I don't know about you but all this Olympic fever has encouraged me back to the gym, got me thinking more about my diet and injected me with a booster of positive thoughts. After all that's the stuff that champions are made of!