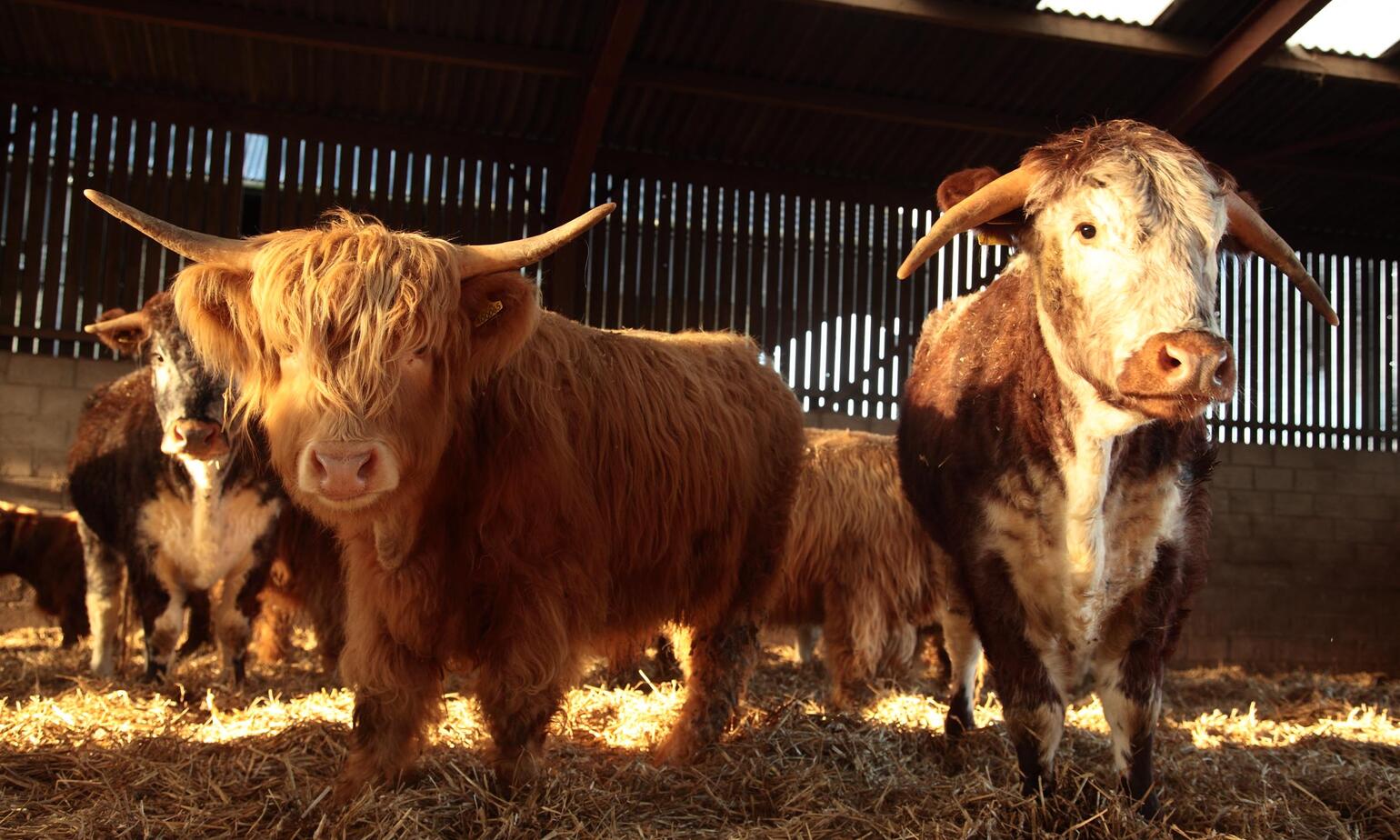 Beef, as a meat, offers great variety though it's very important to understand your cuts and how to cook them in your kitchen. A carcass is divided into three main areas:

The fore end of the animal is the hard working part, holding the majority of the animal's weight on the front legs, with most of the muscular movement taking place in the legs, head and neck. All this increases the size of the muscles and adds fat and cartilage making the meat sweeter and very tasty, though because of all this rigorous exercise in the fore end the meat needs to be cooked long and slowly to break down the muscles and fat. This extra fat helps baste the meat and keep it moist. The meat is generally cheaper but if cooked skilfully and not rushed it will deliver rich deep flavours and robust textures. This makes it ideal for casseroles and other slow cooking methods.

The least hard working part of the animal is the middle as the legs support it and do all the hard work. As you might expect, these cuts offer exceptional meat in the upper part of the body and great value in the flank, but it will need a little more cooking. These lesser-worked muscles deliver a finer, more delicate flavour, as well as a texture that requires lighter cooking.

The rear of the carcass is the second hardest working part of the animal but the meat has less fat running through it, so sometimes it may need barding (wrapping the meat in fat) to add moisture. Some of the tastiest meat comes from the rear, especially the rump that delivers a fine tasting steak with good texture. The rump cap is also a superb piece of meat that can be quickly cooked on the barbecue and then rested and finely sliced. This cut has become especially popular and is more fashionably known by chefs as the Picanha, its Brazilian name.

When deciding to cook beef it's important to think about where your particular cut comes from:-