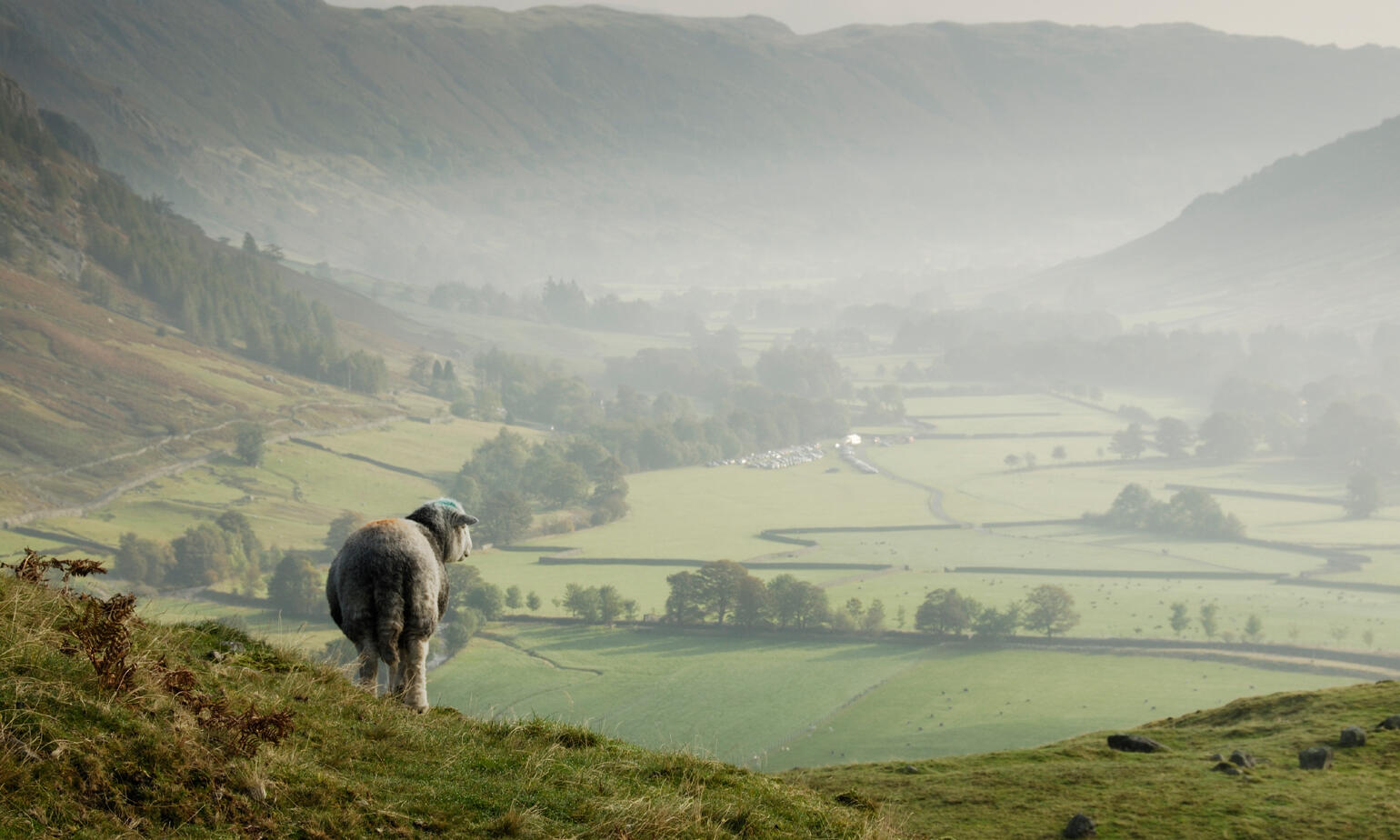 There's been some terrific news this morning about one of our favourite breeds here at Farmison & Co, the lovely Herdwick, has been paid a visit by his HRH Prince Charles.

The Prince of Wales is in our neck of the woods visiting the state of the art Rural Auction Centre near Kendall, and observing the first ever auction of some prime Herdwick lambs to be awarded Protected Designation of Origin.

This means these animals must be pure-bred Herdwicks, born, reared, wintered, and slaughtered in the county. This is what we sell, and for the first time suppliers such as ourselves can be sure others aren't marketing lamb as Herdwick from outside the county, preserving the integrity of our own meat as the best Lakeland lamb, and it puts our lamb alongside such luxuries as Champagne and Gorgonzola.

It truly is a momentous occasion, and it's thanks to HRH that we've got this far. The Prince's Countryside Fund has been helping farmers collaborate under one umbrella to improve the Herdwick breed, and the consistency and quality of its meat.

Local auctioneers, buyers, farmers, and our very own supplier Stephen Airey of Snowdrop Villa Farm, and John Pallagi, our director, met him. Stephen as it is happens is the only slaughter man in Cumbria legally allowed to slaughter animals under the PDO regulations, and has been a key figure in the gaining of PDO status.

The Herdwick already has a burgeoning reputation amongst chefs as one of the best breeds of lamb to cook with. This is thanks to the life these sheep live in often tough Cumbrian uplands which ultimately imbue the meat with great flavour and character.

They naturally forage their food on the steep fells, munching on natural pasture, gradually increasing their weight, and coming down from the hills to lamb. Ours is hung for 14 days to develop the flavour, and really is outstanding when cooked.

Despite their local fame, their origin is mysterious, seemingly introduced by Norse settlers, though local folklore also points to a wrecked ship of the Spanish Armada as the breed's foundation in Cumbria.

Such stories complement the romanticism the breed inspires, winning the affection for one of Beatrix Potter, whose legacy of leaving her farms to the National Trust did much to ensure the Herdwick's future. They remain one of the British Isle's most beloved and distinctive native breeds.

You can browse our cracking range of Herdwick meat here, all fresh from Stephen's farm.