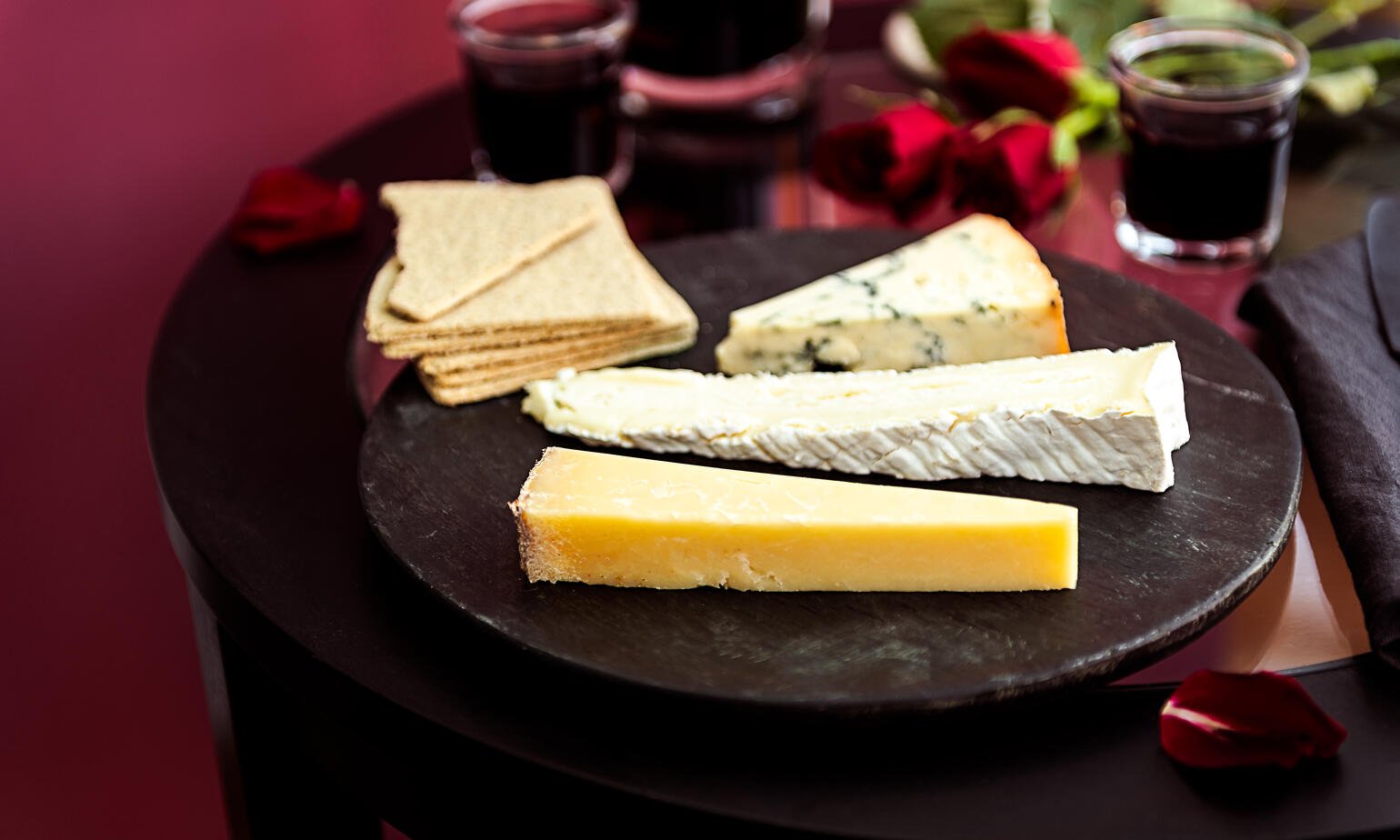 Few sights are more enticing than a well composed cheeseboard, one that juxtaposes wedges, rounds, ovals and logs, offers different colours to please the eye, a variety of textures to please the tongue, a cheeseboard with flavour contrasts spanning everything from the fresh and tangy to the aged and salty.

Sitting around the dining table, other courses come and go, but there's something about the cheese course that relaxes everyone- not least the cook- offering a change of pace that promotes conviviality. Perhaps you fancy a tantalising corner of this cheese, maybe a little slice of that one, or then again you might feel the urge to tidy up the oozing innards of yet another, and while you're at it, share your taste impressions with fellow diners.

With good accompaniments- quince paste, freshly cracked nuts, sweet fruits, such as grapes, pears and crisp apples, fine crackers, oatcakes, dried fruit and nut bread, honey, and sweet, syrupy wines all set the scene- a cheeseboard, although relatively effortless, can be the high point of a meal. Get the cheeseboard right, and everyone seated around the table will go away with favourable enduring memories and the meal will instantly feel more celebratory and special.

But there's an art to composing a cheeseboard. Follow this 10-point plan and your cheeseboard will be an outstanding success.