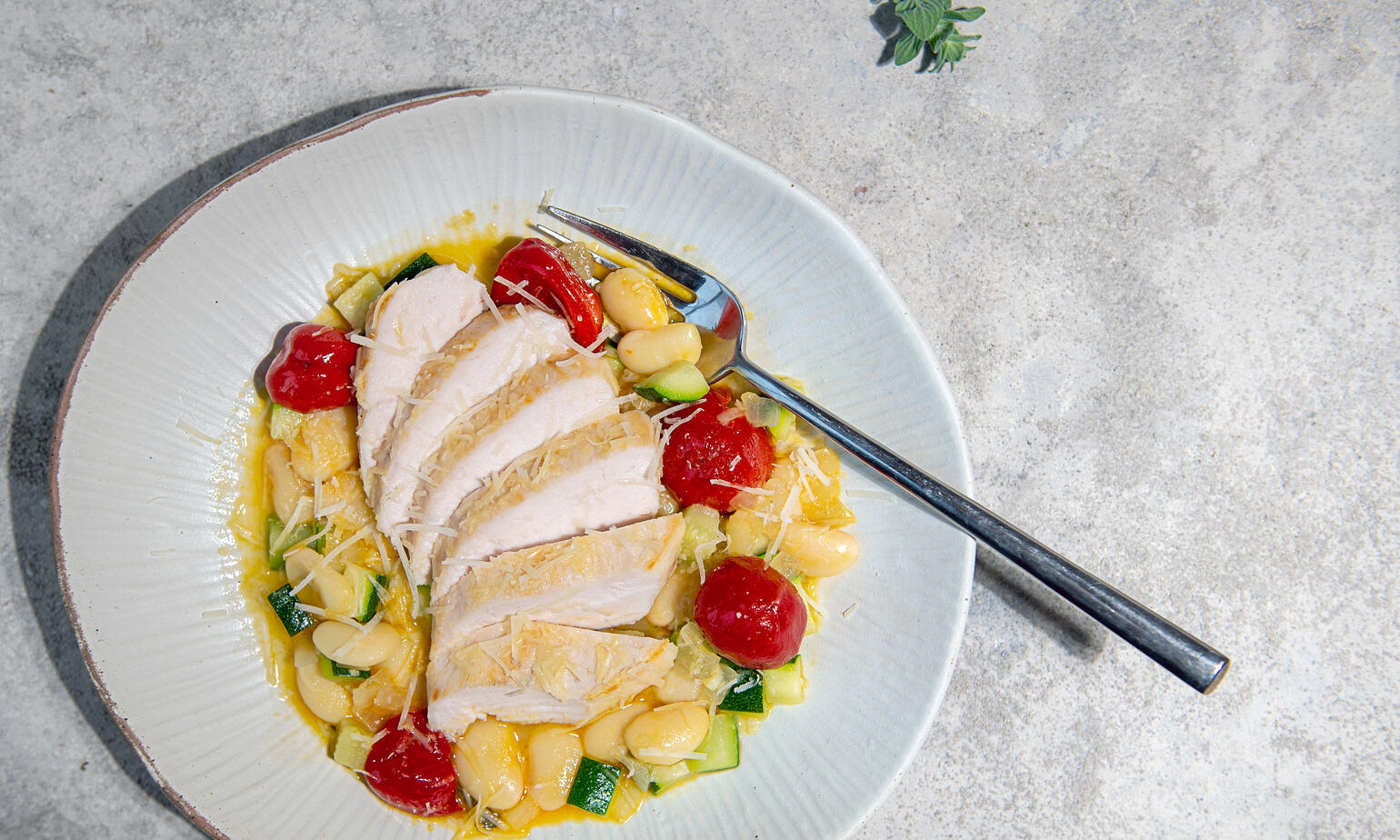 I am determined that January will not be blue this year! January will be jubilant. The weather may be damp and dismal but the New Year larder is alive with colour and comfort. Seasonal food in January forms a vibrant patchwork of flavours - from fresh citrus and gorgeous greens to warming, slow cooked meat dishes.

Banishing the booze and rediscovering your running shoes should be easier with some citrus zing in your system. Christmas may have been saturated with satsumas and candied peel, but remember that oranges are not the only fruit. Start your mornings with a sliced grapefruit and a sprinkling of brown sugar. The truly serious might endure an ice cold shower beforehand.

Grapefruit was discovered by accident in Barbados in the 1750s, making it a relative enfant on the fruit family tree. It was known in Barbados as the 'forbidden fruit' which seems rather silly considering its immense health credentials. The easiest and tastiest grapefruits to get hold of in the UK are the white and pink varieties, the pink sometimes known as 'Ruby Red.'

The zesty combination of sweet and tart notes in grapefruit mean they transfer easily from sweet to savoury dishes. Toss white grapefruit through a salad of peppery watercress and roasted duck or vitalise a yoghurt cake with slivers of pink flesh. Grapefruit also has a natural affinity for the avocado, another great fruit for those on a health kick.

At this time of year these rosy rounds will abound the shops so stock up and feel better!

As much as a citrussy start to the day will put a spark in your step, when the nights draw in it's all about comfort food. January is actually the official month of slow cooking, and moving away from the heaviness of Christmas fodder and into the simplicity of slow food is one of my greatest New Year pleasures.

As the post-Christmas pinch affects the pocket as well as the belly, save money and cut calories by making heartening stews using cheaper cuts of beef. Larger, tougher cuts with abundant connective tissue like brisket are best braised or stewed. Braising, or cooking in a small amount of liquid at a low temperature, helps moisten and soften the meat, whereas stewing is a great way to bulk out smaller pieces of meat with winter vegetables or perhaps a healthy pulse like pearl barley.

If you are feeling a little under the weather, blow out the cobwebs by dusting your dishes with aromatic spices like cumin and turmeric. Trying adding sumac for zing. I have had something of a whirlwind affair with this spice in recent days. Sumac is a small, spiralling shrub grown all over the world, whose crimson berries are dried and ground to a deep purple powder. Before lemons made their way to the Old World, cooks in the Middle East often used sumac to add fruity sourness to a dish, and its flavours can transform basic cooking. Sprinkle on fat homemade chips for a tantalising TV snack or try it in your morning scrambled eggs.

Finally, for a cheering January dinner with friends, try slow roasting chicken with lots of lemon, garlic and thyme and a little vegetable stock for a light but restorative supper. This dish goes well with cumin roasted chickpeas and fresh greens, and is delightfully guilt free!

Once your friends and family have devoured the chicken, all that's left to do is render the leftover bones and flesh into a restorative and humble stock. Brush the bones with olive oil and roast for an hour on a low heat. Then add to a pot of stock basics (whatever you have to hand) and simmer. If you are lucky enough to have a whole afternoon free then let the stock sit all day, but otherwise a couple of hours will do nicely. The end result is a satisfyingly frugal broth which will liven up risottos and soups and could even be sipped to help rid oneself of a January cold.