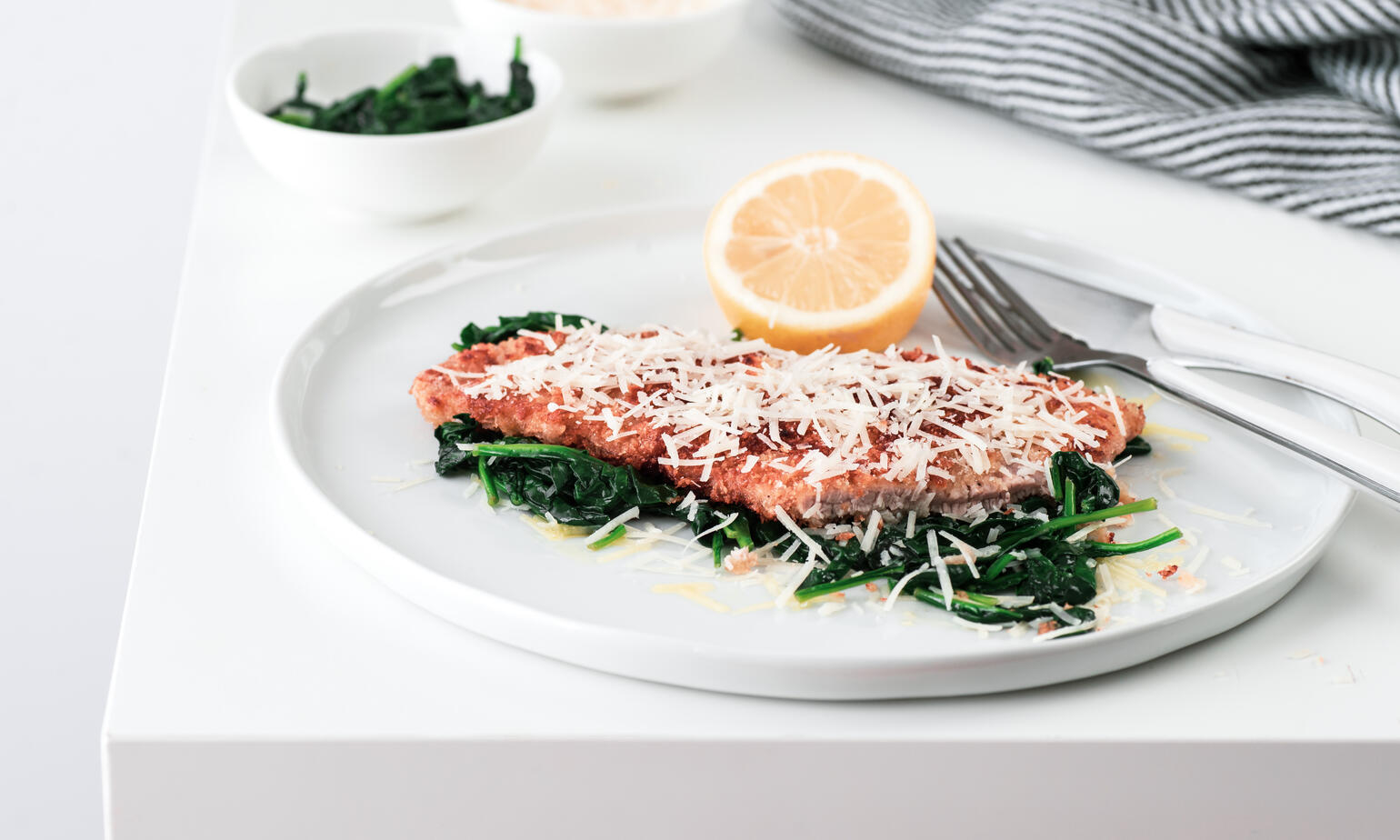 This Spring we're delighted to be making available milk fed British veal. A delicacy, it's prized by chefs for its delicate taste, close texture, and pale, pink colour.

We're stocking a great variety of cuts - more so than we have before - with a recipe from my kitchen to match each. If you're not a fan, now might be the time to try again, as this is of exceptional quality, and ideal for European dishes such as Milanese Osso Bucco, or Viennese Wiener Schnitzel.

Veal is enjoying something of a renaissance at the moment, once again become a fashionable choice, and more readily available in supermarkets and restaurants. That's in light of the crash in veal consumption in the 80s and 90s.

This was because of the campaign against unethical veal, which succeeded in the banning of veal crates. This practice involved calves being taken from their mother and placed in a crate unable to move, where they were force fed milk and sometimes chemicals, before slaughter.

The effect of this has been the introduction of some of the most stringent veal regulation in Europe, and the world, making British veal a good consumer choice.

Though veal crates are now banned, this doesn't change the fact that every year in the UK our national herd of dairy cows produces thousands of unwanted calves through demand for milk and cheese. Sadly these calves are now simply killed and thrown away or else exported to the continent where demand for veal remains strong.

It is my view as a chef that consumers should demand the best quality, which through no coincidence at all is often the most ethical. They should also bear in mind providence, and spare a thought to where their food comes from.

Like with all foods, I believe you should consume what you produce as respect to the animal, whether it's the offal or hide, or indeed a calf through demand for milk. With veal, you can trust Farmison & Co's is reared in the most humane conditions possible to yield the best quality. Primarily from Holstein dairy herds you can be sure it's the quality that you'd expect in a top European restaurant.

Rather than being dry aged, our veal has minimal fat cover so its hung for four to five days, before being cut by our Master Butcher, and dispatched fresh for your order.

Our full range of cuts is as follows:-