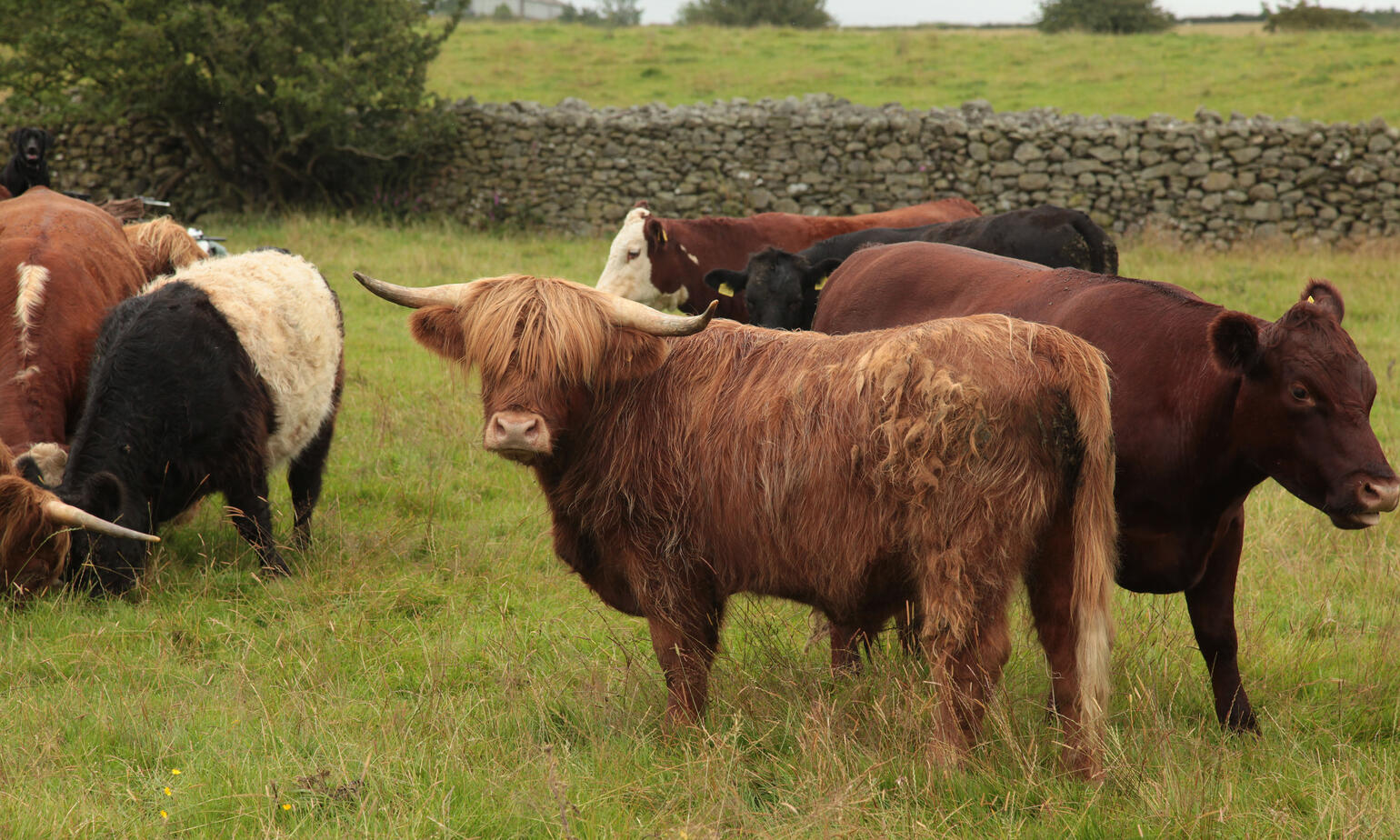 As part of our job of delivering the finest restaurant quality produce direct to your door, we often go see our farmers to see how their rare breed herds are coming along.

It's always a treat to don wellies and observe traditional husbandry techniques first hand, and see the animals in the flesh.

This month Farmison & Co co-founder John Pallagi dropped by two of our Cumbrian suppliers, the Holker Estate on the Cartmel peninsula and Snowdrop Villa Farm just up the road from there. Both are nestled in pristine countryside; backed up by hills and buffeted by the sea. This isn't quite Wainwright or Wordsworth country, but there's fresh air, dry stonewalls, and natural colours aplenty in this beautiful landscape.

Both farms make our lives surprisingly easy when we visit. That's because they use the same small abattoir, which is housed at Snowdrop Villa Farm.

Steven Airey, who runs both farm and abattoir comes from a long line of butchers - his family have been running a butchery business for over 175 years, so it's safe to say they know their trade inside out.

Using a small abattoir on site brings big benefits to the meat. Because the animals either come straight from the farm next door, or from the Holker Estate a short drive away, the amount of time on the road the animals spend is kept to a minimum. This means when they do go to slaughter, they're less stressed and the meat is less tense - contrast with animals which are industrially reared and often have to endure journeys hundreds of miles long without food or drink - and who are tense and scared at the time of slaughter.

The abattoir is family managed - and has been since the 1830s. The meat here is dry aged and hung for 28 days, though both Snowdrop Villa Farm and the Holker Estate offer bespoke hanging, so give us a call if you'd like to discuss having some produce hung longer.

Both these farms are dedicated to rare and native breeds, and when our founder John Pallagi caught up with the Holker Estate Manager Niovi Ducker, she had some exciting news. They've just bought some Longhorn which they're hoping to have ready for sale next year. They already supply us with Shorthorn Cattle, which have been bred on the estate since the 1800s. It might surprise you, but at any one time they only have 20 Shorthorn Cattle deemed ready for slaughtering, and they supply us - and only us - with six animals a year, going some way to demonstrate how prized this meat is.

We're often asked why we sell meat from rare or native breeds if there's so few of them - but it's precisely because they're not popular that there's so few. Because Niovi's taking on Longhorn it's a big step in strengthening the breed, and they'll share the herby grasses on salty foreshore of the sea - which already help give the Shorthorn its rich, full flavor - with menil fallow deer.

There's also big news back at Snowdrop Villa Farm. The Lakeland Herdwick Lamb has passed the scrutiny of the European Commission and has been awarded Protected Food Name status (PFN). Another Lakeland celebrity, Beatrix Potter, was involved in the breeding of Herdwicks and on her death bequeathed 15 farms of approximately 4000 acres to the National Trust.

Stephen, who was at the forefront of securing the status, will be able to continue the legacy of Beatrix Potter, and ensure the Herdwick breed, known for its delicate flavor, will remain a common sight in the dales and fells near Snowdrop Villa Farm.

This exciting news, from the Herdwick Estate and Stephen, just goes to show how dynamic and exciting ensuring the survival of rare and native breeds is.

Stephen, who was at the forefront of securing the status, will be able to continue the legacy of Beatrix Potter, and ensure the Herdwick breed, known for its delicate flavor, will remain a common sight in the dales and fells near Snowdrop Villa Farm.

This exciting news, from the Herdwick Estate and Stephen, just goes to show how dynamic and exciting ensuring the survival of rare and native breeds is.