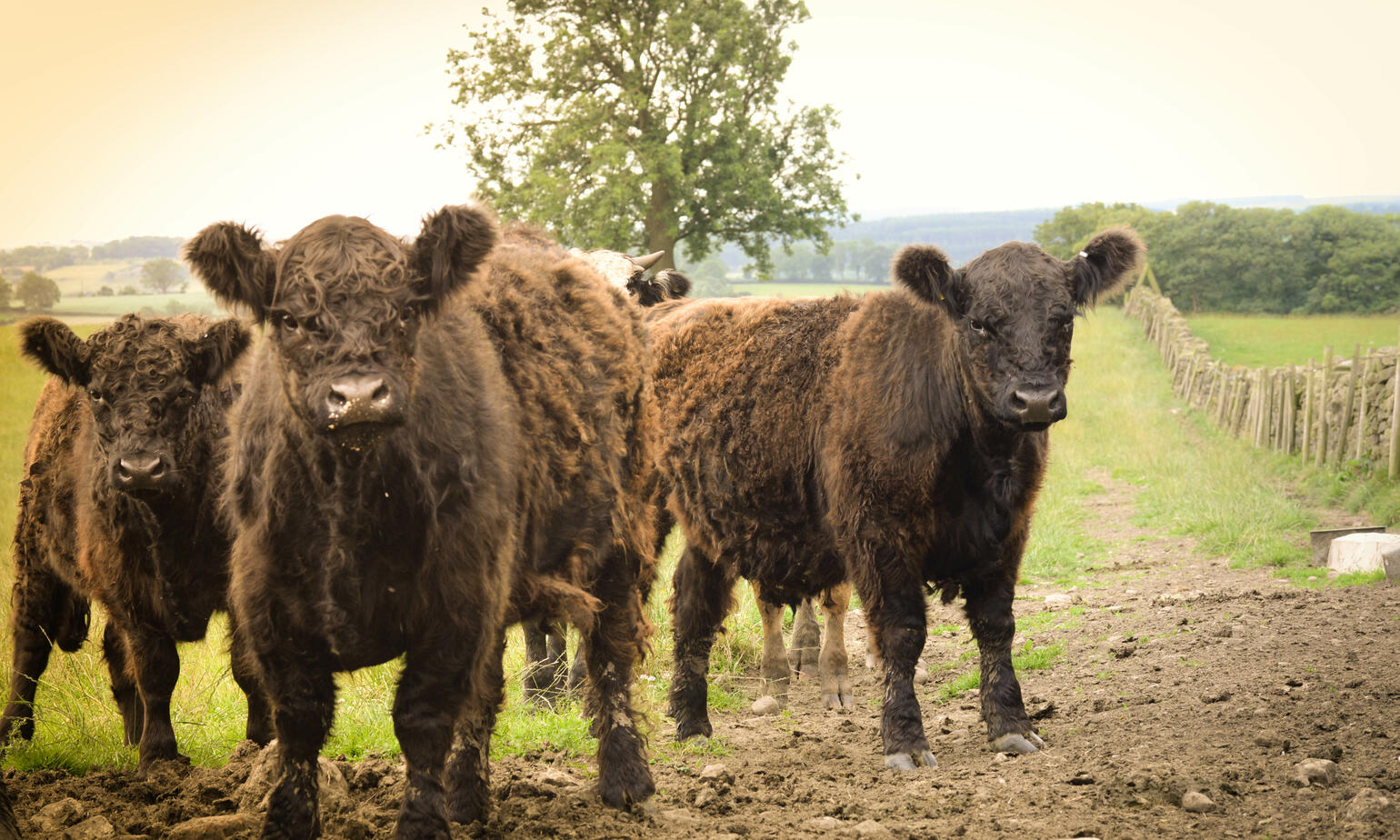 The harvest is already under way in the Fells and Dales, with our new farmer Mr David Harrison of Nook Farm getting his own fodder ready for the winter already. That saves him having to use industrial style feeds.

David farms the land near the wonderfully named Yorkshire village of Grewelthorpe, 6 or so miles from our base in Ripon, as well as keeping fields on the valley tops at Kilnsey in Wharfedale. Our home turf really, that's the Dales proper with limestone outcrops and distinctive dry stone walls, and it's where much of our produce comes from.

You wouldn't believe the lushness of the pasture on which he keeps his herd of 60 or so native breed cows, featuring as he says "all the Galloways of the rainbow," plus a few highlands, shorthorns, angus, and hereford.

We'll be featuring his dry aged beef for a few weeks yet, and it's already proven a hit. It's hard to do justice in words to meat that's been raised from healthy animals, that are allowed to reach their full potential on natural grazing. You just have to taste it to believe it!

If you don't have any experience of cooking game, don't let that put you off. Our recipe section is full of ideas for serving up a seasonal treat, not least J Baker's Roast Grouse with Blackcurrant Sauce.

Elsewhere it's been a busy month in the butcher's workshop with new cuts available. New in, and a real bistro favourite we've introduce Pave steaks. Pavé means paving stone in French and our pavé steaks certainly lives up to this reputation as a substantial thick and juicy steak. Try pairing with gratin dauphinoise for a fantastic treat.

We've also been busy expanding our online pantry, seeking out new flavours to match with our meat. Hand picked by our in house chef, there's plenty of new tasty treats just a click away and ready to pair with whatever your cooking. Not least our new Wilkin & Sons condiments - special mention for their barbecue sauce. Sublime in a bacon sarnie!