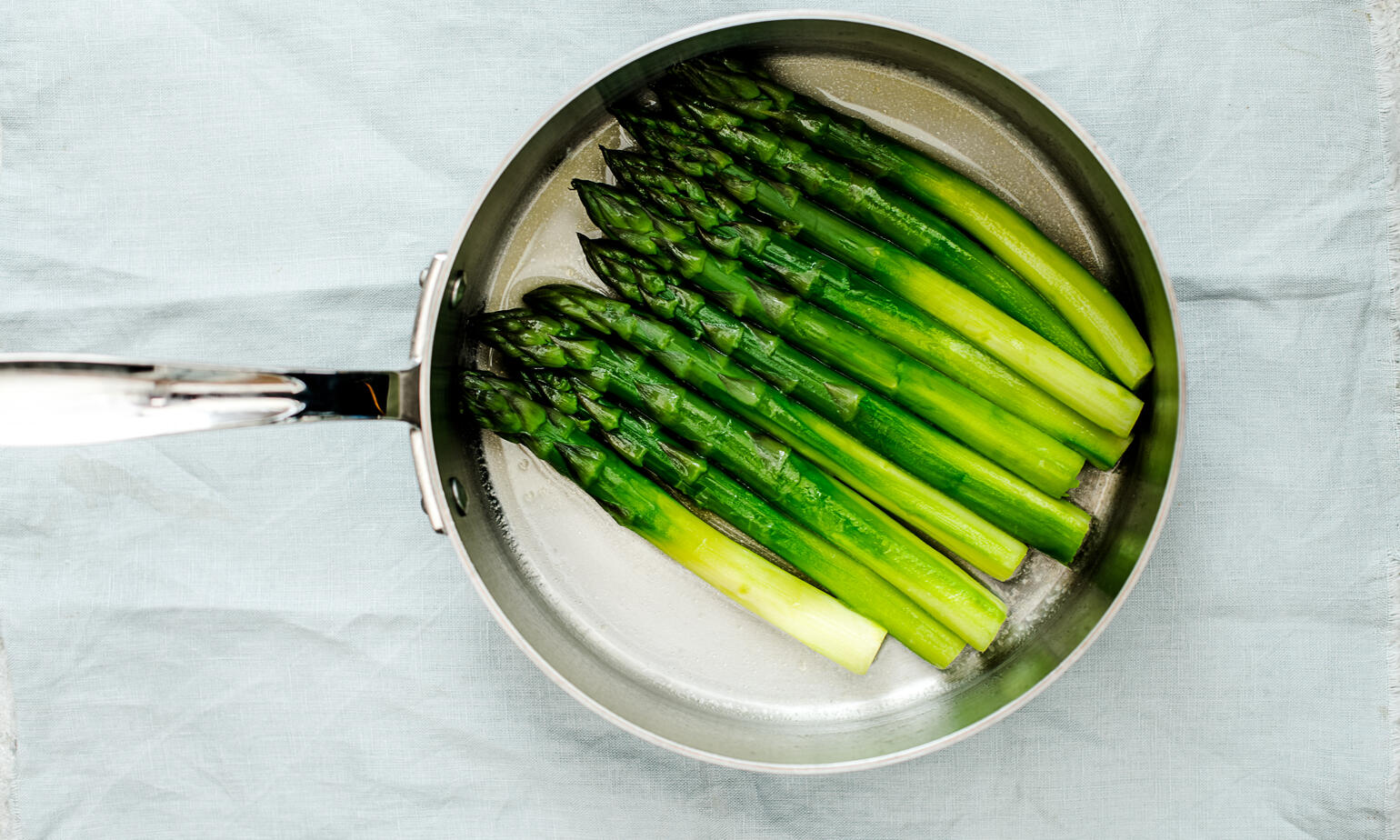 When the first new season English asparagus comes on stream, you know that summer is on the way. There's something wonderfully cheering about the arrival of the first green spears from the Vale of Evesham, East Anglia and Cambridgeshire. Asparagus is a vegetable made for indulgence. It has the thrill of luxury: no other vegetable has that cadillac alley, platinum status.

And the timing of this wonderful crop is impeccable. The sight of bunches of neatly wrapped spears is especially uplifting because it arrives at the end of the 'hungry gap', that lean time of March and early April, when British-grown vegetables are at their lowest ebb, and summer crops are still some way off.

Of course, imported foreign asparagus is a year-round fixture on supermarket shelves. Although we eat some Spanish asparagus that precedes our native crop by a couple of weeks, most of the out-of-season asparagus we eat in Britain comes from Peru, which has cornered the world market for this vegetable because the US decided to subsidise its fledgling asparagus industry to encourage alternatives to the cultivation of coca, the raw material for cocaine.

Fresh-cut British asparagus easily upstages the imported stuff that come to us long-distances by road or air. Sorry if this sounds blindly patriotic, but jaded, jet-lagged spears from thousands of miles away just can't compare. Asparagus deteriorates rapidly after cutting. The older asparagus is, the more it dries out and develops a bitter, tinny taste. Wizened, greying lower stalks of imported asparagus that are pliable and woody are a common sight on supermarket shelves.

Fresh UK asparagus, of the type currently on offer from Farmison, is another matter entirely. It will have tight, firm tips and the stalk, when pressed lightly with your nail, will feel moist and sappy within. If you put pressure on a spear it will 'snap' and look moist inside.

This year, thanks to the mild spring, limited supplies of English asparagus came on stream in early April. The traditional start date of the British asparagus season was the 1st of May. Now the season is really getting into it's stride and we can look forward to a steady supply until the end of June.

For my money, there's no need to get too fancy when cooking asparagus, or dream up inventive recipes; the classic ways are the best. One of the best and simplest ways to enjoy the annual asparagus crop is to dunk the lightly cooked spears into soft-boiled, freshly laid eggs, then coat the eggy spears with breadcrumbs fried in butter. Asparagus with mellow Hollandaise sauce is a marriage made in heaven, but if that's too challenging on the cooking front- emulsified sauces aren't everyone's core competence- then you can't put a foot wrong if you roast or griddle the spears, anointing them with extra virgin olive oil, then raining on liberal shavings of parmesan.

To me, British asparagus is a crop that should be eaten intensively throughout the season. Mind you, becoming an asparagus obsessive in May and June does have its challenges. By the end of that time you might just be thinking that you have had quite enough of those now familiar green spears to be going on with, thanks very much. But if you have exhausted the familiar treatments, then go for a more gutsy approach and serve your asparagus with a salsa verde, punchy with anchovies and mint. Or knock up an asparagus risotto (always a hit) or an aristocratic eau-de-nil coloured soup.

I celebrate asparagus when the British crop is in season, feasting almost daily on those snappy green spears in May and June, then I forget asparagus for another year. Do I want asparagus 365 days of the year? No thanks. Long-haul imports are a shadow of the real thing. Our fantastic native crop, on the other hand, never fails to thrill.