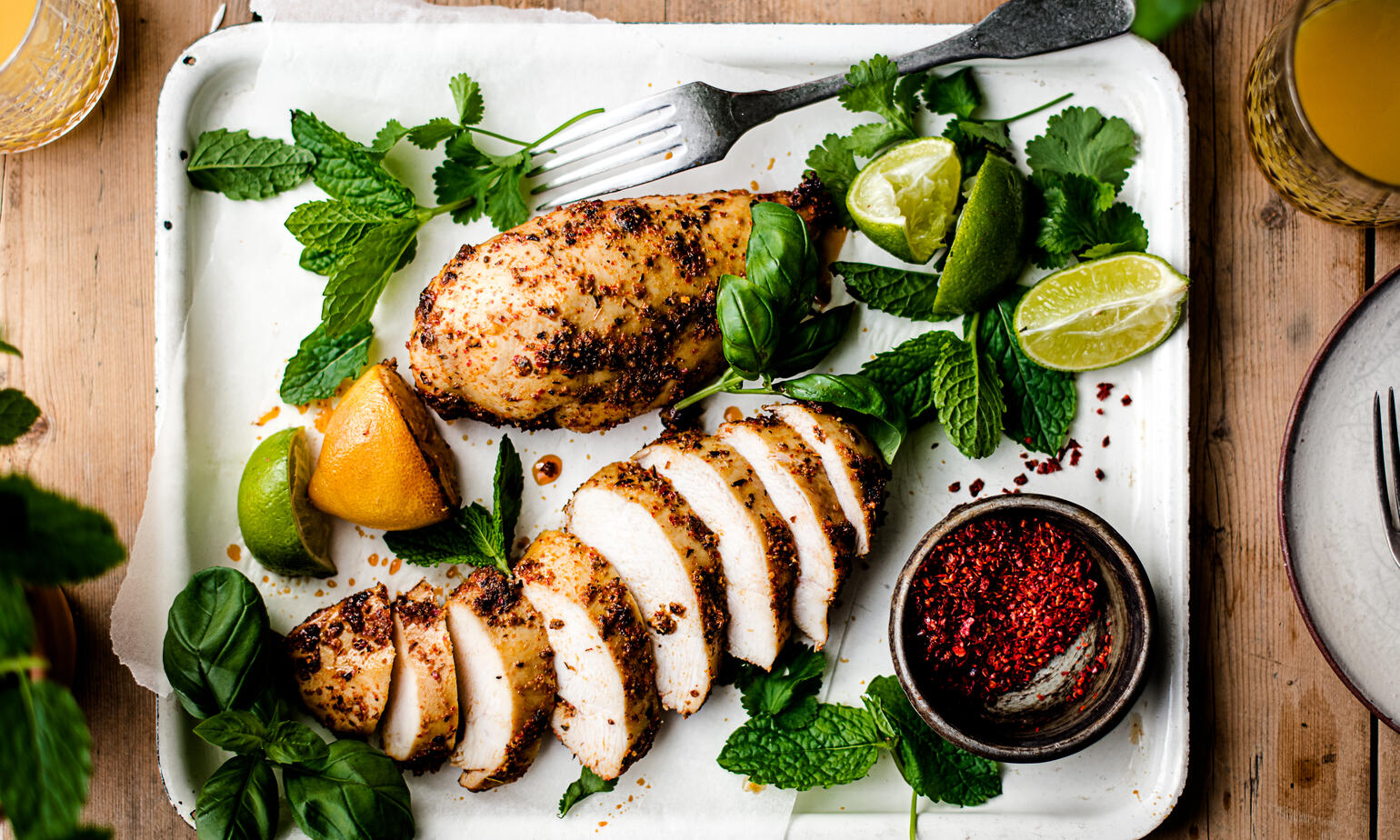 Even the keenest and most creative of home cooks will fall into a rut of cooking the same old dishes on a regular basis. We have our favourites, whether it is our own recipe for a good bolognese, vegetable bake or rice pudding.

It's exciting and challenging to experiment with something a little different and use the more unusual ingredients now available to us, in season, from around the globe. In doing so, it is important to me that I am supporting good farmers and artisan producers with consideration for sustainability. On this basis, I am more than happy to eat products when they are in season from the country in which they are grown.

For those of you who receive a regular grocery box you will find a few surprises in there from time to time! If you are anything like me you will find yourself challenged but nevertheless determined to use them in some creative and palatable dish. Along with the other groceries, these surprises have been chosen for their quality of flavour, texture, and ultimate freshness.

It is a culinary adventure to explore the origins of unusual products and cooking them in such a way that their unique flavours remain intact. And so, with these things in mind, I tackled the more unusual products in my box this week: salsify, fennel ( not the most unusual but many people do not cook with it at home ) and Jerusalem artichokes.

The Jerusalem artichoke has nothing to do with Jerusalem, the globe artichoke nor the Chinese artichoke! It is in fact a North American relative of the sunflower.

It came to France in 1613. Three years later it reached England. It is thought that 'Jerusalem' is a corruption of girasole, the Italian name for the sunflower. Best described as: "branched , knobbly or segmented, and up to 10cm long." (The Oxford Companion to Food, Alan Davidson) There are now more than a dozen popular varieties.

From a nutritional point of view, it is very rich in potassium and iron as well as containing vitamin C and fibre. ( It is however known to cause flatulence and therefore should perhaps be avoided when we wish to impress!). It has a sweet nutty flavour, and is almost somewhere between a potato and a water chestnut in texture. It can be eaten raw but is often boiled or roasted.

Fennel has been used in Europe since the classical era. It is an aromatic plant of which there are three main types: bitter, sweet and Italian. Bitter and sweet fennel are both used as herbs. They have bright green stems similar to celery and brown seeds which have a strong aniseed flavour.

Italian fennel has a broad white bulbous base, it can be as big as a fist and has green feathery leaves. It tends to have a mild aniseed flavour. It is often eaten raw and thinly sliced and is wonderful in salads with its crisp texture. It is also good braised, fried or steamed and served as a hot vegetable.

It is a great source of potassium, vitamin C and fibre.

Salsify is the larger relative of the common wild plant known as 'goat's beard'. It is a root vegetable originally from the Mediterranean where it has been grown and used in food for hundreds of years. It resembles a long dirty white carrot and when cutting for cooking should be used immediately as the flesh will discolour. You will often see a recommendation to drop cut pieces into acidulated water to preserve its white colour but I wouldn't choose to do this as it will inevitably affect the flavour. It will be fine for a short period of time in ordinary water.

Salsify is referred to as the oyster plant as it is often compared to the oyster in flavour. It was a favourite of Thomas Jefferson and often served at the White House during his presidency in the early 19th century. Salsify is mostly baked or boiled or made into creamed soup. It can be cooked unpeeled. It is a great source of fibre as well as vitamins B,C and potassium.

I hope you will enjoy the following recipes which I have put together. Perhaps you will approach your next vegetable box with heightened creativity!