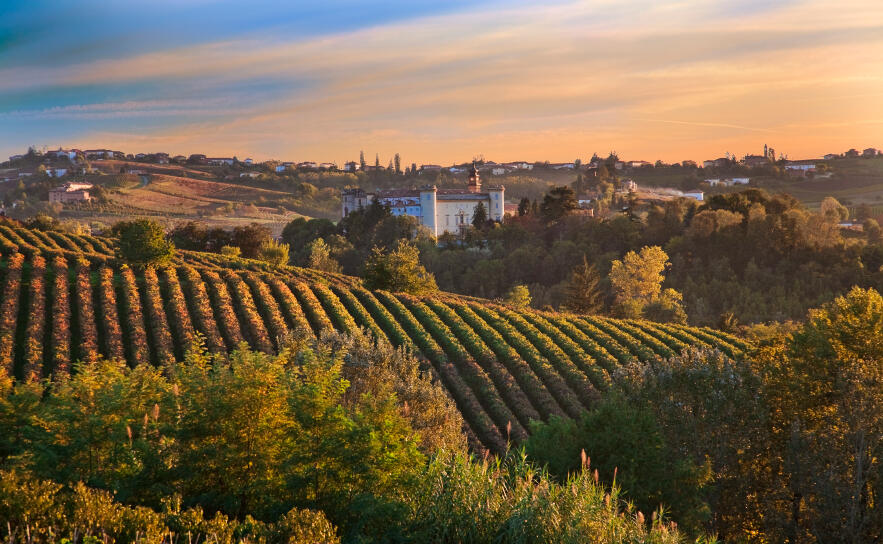 Colloquially known as the garden of Italy, Piedmont has a long and illustrious past, as does its capital Turin. A hot bed of political revolution during the 19th and 20th centuries, Turin is now leading a rather more sedate wave of revolutionary activity, that is, the shift to smaller, local food producers.

The recent Europe-wide horse meat scandal has shown just how essential this is, as supply chains that stretch across the continent with many pit stops are opaque, and as the scandal proved, unaccountable. There are two prongs to this Italian revolutionary drive: one is the continuance and renaissance of Turin's Porta Pallazzo Market, Europe's largest outdoor market, and the rise (and rise) of Eataly, a shopping experience not entirely dissimilar to what Farmison & Co do.

Our founders John and Lee - always on the look out for inspiration as to how we can improve bringing together small suppliers and the Great British public - nipped over to take a closer look, and they were impressed.

For starters, the scale of the Porta Pallazzo is just immense, and not just a tourist market. Packed full of locals doing their shopping, and complete with tables groaning under huge piles of fresh produce, you can see exactly what you're getting, and chances are, buy it off the person who actually grew it.

Then there's the sheer range of all the produce: lettuces in all different shapes and sizes, fresh apricots, and artichokes piled on high. Truly foodie heaven. Here at Farmison & Co we like variety, and as foodies we're always up for trying something new, especially if it's fresh and great-tasting.

Inspired by the Porta Pallazzo, that's why we're expanding our greengrocery section to include not only household staples, like your spuds and onions, but more unusual treats like Chioggia Beetroot. We do like to think of our site as a market stall, where you can survey the produce, see what you fancy, and pick some fresh food.

The other source of inspiration for our foodie founders while visiting was Eataly, a shop that's somewhere in between a market and a supermarket. Going strong in Northern Italy, New York - and less predictably, Japan - Eataly brings the best Italian artisan made food to the supermarket going public. What sets Eataly apart is the adventure of an indoor market place, coupled with the convenience of an inner city location, and a central check out. Tied up in all this is a commitment to actively support small suppliers, and moving away from the industrial supply chain that characterizes much of the supermarket's practices in the UK. A small meat supplier for instance can take pride in their produce being showcased, coming from their own particular farm, and not being rebranded as an anonymous product.

But that's not just butchery though, it could be cheese, fish, or fruit and vegetables, all sourced from small independent and proud artisans.

That's part of our mission - recognized recently as a runner up in the Grocer Gold Awards - giving smaller suppliers and farmers a platform to showcase their produce and helping preserve our agricultural heritage through our showcasing of native breeds. What's more is we want to take this concept to as many Britons as we possibly can, so no one is left disadvantaged by not living nearby.

We were impressed at how the fresh produce preserved its own identity within Eataly, being laid out like a market, and how lots of Italians are willing to support this good work. Likewise we're committed to showing our customers exactly where their food has come from, and at the same time backing our native breeds (have you checked out our new breeds section?), to ensure a fully accountable supply chain that delivers the finest restaurant quality produce to your door.

All in all, a fruitful fact-finding mission, and food for thought indeed as to how to build on our work from the past 18 months, to make ourselves as transparent and ethical as possible.

Keep an eye out for new produce from more great farms and producers!