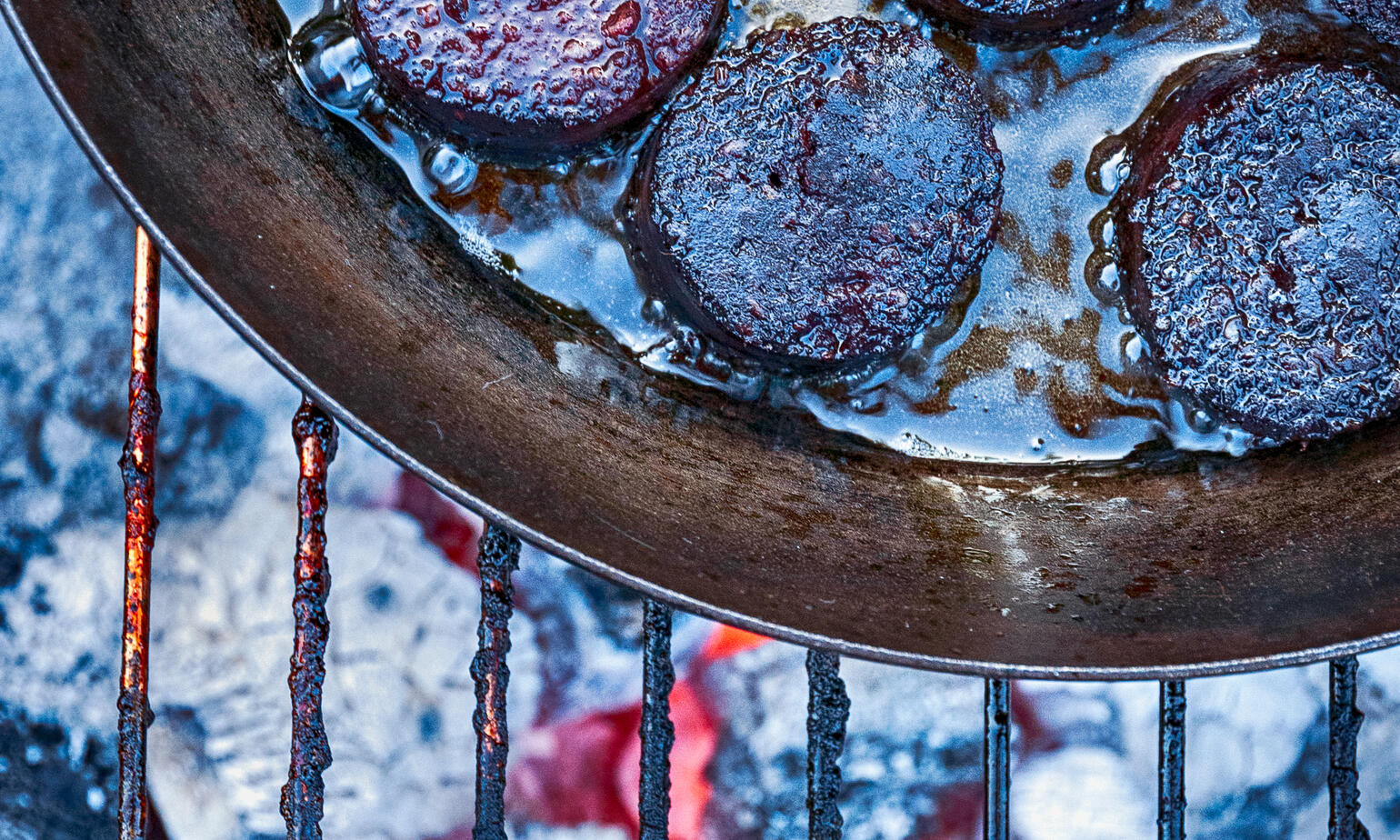 The black pudding is thought to be the most ancient of sausages and puddings. References have been found going back to 1000BC of animal stomachs filled with blood and fat and then roasted over a fire. In Medieval times it would be quite common for most European families, even the poorer ones, to own a pig from which black pudding would be made. Generally speaking most puddings would contain fat, onions and some kind of cereal.

It has survived to this day all over Europe in various forms. In France, it is boudin noir, in Spain, morcilla, in Italy, sanguinaccio. Most black puddings depend upon flavourings such as herbs, spices and seasoning to give them their distinct and individual character.

Here at home none is more celebrated or individual in character than Doreen's Black Pudding, handmade by Arthur Haigh Ltd in Dalton, North Yorkshire.

Earlier this week I had the pleasure of speaking with Doreen's son and business partner Duncan who gave me a little background on this famous black pudding. The recipe has been developed and perfected over the last 20 years using pork back fat as opposed to shredded beef suet which is often favoured by many Scottish producers. Black pudding requires to be cooked as soon as it is made. Giant roasting tins are filled with the prepared mixture which is then baked in the oven. This traditional means of cooking was passed down by Doreen's mother. Baking, as opposed to boiling, concentrates the flavour and gives rise to a drier texture and meatier flavour. This process takes around an hour. Thereafter, it is cooled, sliced and then packed. The triangular shape was initially introduced to assist chefs, making it easier to cook with and present well.

Duncan very casually mentioned that Doreen's black pudding had won a national meat product award at The Meatex Awards 2012 held in Birmingham in March. This will join the many other accolades received over the years, locally, nationally and internationally.

For my part I would have to say it is superior to any I have tasted before and would heartily recommend it.

As a Scot, I am no stranger to black pudding and would have been eating it from an early age. It is rarely missing from a Scottish cooked breakfast and is often served in fashionable restaurants throughout the country, perhaps sautéed with smoked haddock risotto or served with pan fried scallops and mustard sauce. My mother used to pan fry it with bacon and leftover potatoes. I have come up with my own version of this using onion and fresh apple which you will find in the accompanying recipes. In addition I have created a recipe using black pudding as part of a filling for roasted peppers. My inspiration for this comes from the Andalusian morcilla which includes almond and pimento.

It would be absolutely wrong had I not paid tribute to the Ulster fry in this blog. Having been married to an Irishman for many years I was introduced to this "food of the gods" as it is known in our house, early on in the relationship. When we take a trip across the water to visit family we talk endlessly about the lip smacking cooked breakfast Granda will have ready for us on our arrival.

Now with black pudding strongly on my mind it was fortuitous to have a stash of Doreen Haigh's artisan product sitting on the bottom shelf of my fridge. It is Sunday after all and that does call for a cooked brunch treat doesn't it?