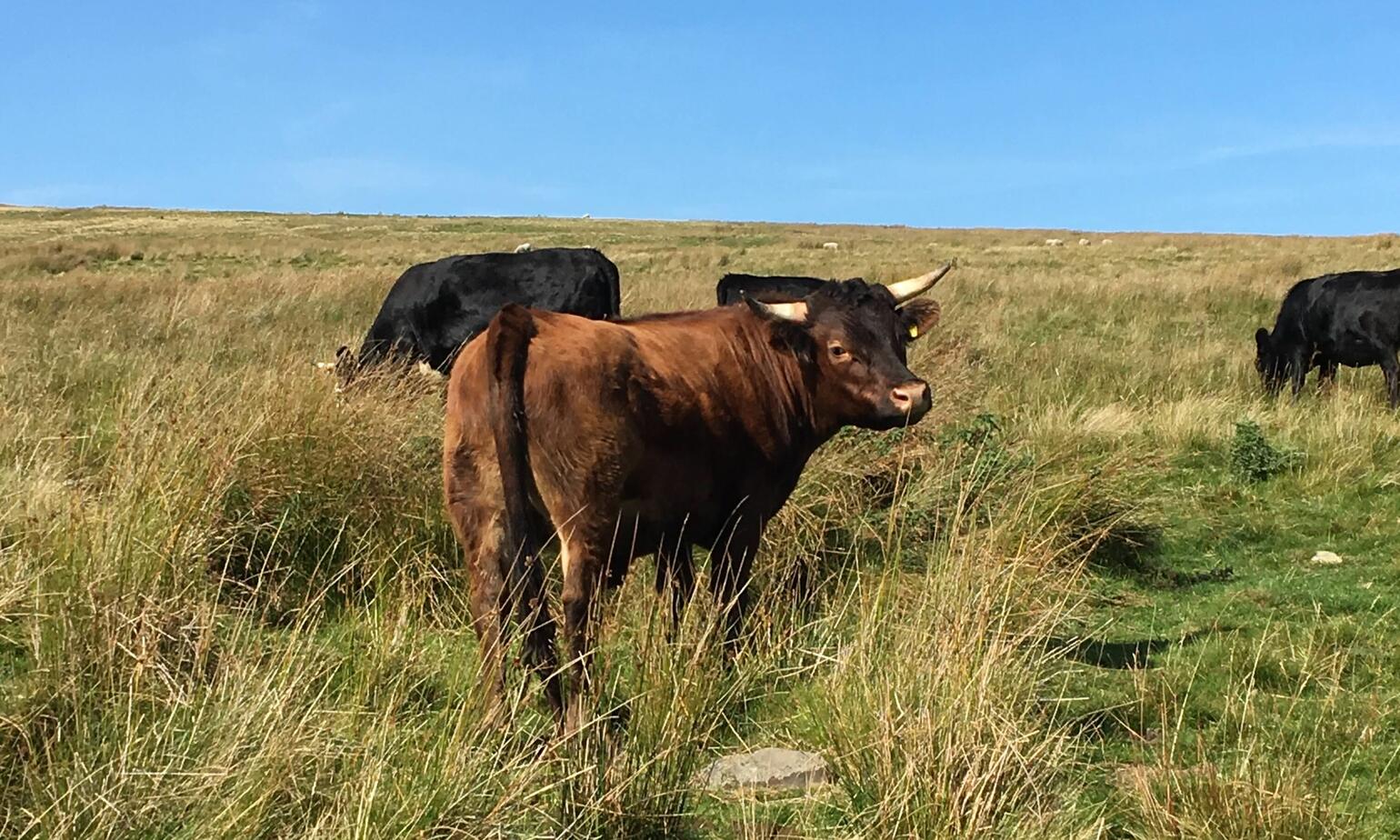 Great things come from small packages. We've all heard it said many times before and it is never more appropriate than when referring to the traditional native pedigree breed of Dexter cattle that produces fabulously tender, juicy, flavour-rich beef. The popularity of this grass-fed, good-natured heritage breed that originated from south-west Ireland has seen plaudits from TV chefs such as Gordon Ramsay and herd-owning celebrities like poet Pam Ayres.

There was a time not so long ago when the Dexter was registered as an endangered species on the Rare Breeds List but its resurgence in herd numbers throughout the UK and indeed the rest of the world has been brought about by increased awareness of its hearty and healthy, melt-in-the-mouth beef quality. More and more are discovering Dexter beef for the first time and Farmison & Co is delighted to offer amazing cuts from caring producers who hold animal husbandry in the highest regard.

Raised purely on grass and content to look after themselves as the breed has always done Dexter cattle produce tender and intensively flavoured beef that is high in Omega 3 and low in saturates. Finer graining that emanates from the size of the animal keeps the taste sensation of Dexter beef locked in offering what wine connoisseurs call a full-bodied flavour and Farmison & Co experts believe the cuts they now have available will see an even larger demand in the future.

'It is beef that will have real steak lovers wanting Dexter again and again,' says one of Farmison & Co's most senior chefs. 'Dexter has a unique, beautifully textured taste and anyone new to the breed will notice the complexities it brings to both the plate and palate. It is also further proof that you don't need a large animal to produce something truly sensational.'

Dexter cattle are by no means some kind of new breed. In the 18th century they were originally known simply as mountain cattle in south-west Ireland grazing freely, taking in whatever weather was thrown their way and had a triple purpose as providers of beef and milk as well as being hard working oxen. There are three main colours of Dexter - the predominant black, but also red and dun coated.

There was a time when another Irish breed the Kerry was linked with the Dexter. The Kerry & Dexter Cattle Society was founded in 1892. The first English Dexter Herdbook was published in 1900.

The Dexter is the smallest native breed in the British Isles and has been referred to as the Shetland pony of the cattle world. The breed has two recognised types of either the renowned short-legged strain or what is termed the non-short. The cattle are roughly about half the size of modern commercial continental crossbred cows.

Dexter cattle thrive on rough, poor land and are great for conservation grazing. Their hardiness makes them a durable breed with mothers that produce calves over many years. The Dexter Cattle Society in the UK has seen terrific growth in breeding cow numbers over the past two decades as demand for Dexter beef continues to rise.

WHERE DOES THAT TENDER TASTE COME FROM?

Beef flavours come through natural feeding and wonderful marbling. This all starts with cattle leading stress-free lives in natural environments. Dexters are a fabulous, compact, thrifty breed that hasn't a care in the world apart from grazing in the outdoors. That's why so many Dexter beef lovers have uttered the phrase 'tastes as beef used to taste'.

'That's because there really is nothing added', says a Farmison & Co spokesperson. 'The farmers we source from take great pride in their animals and ensure they get to live as they would have done in Ireland all those years ago. That's why the Dexter is known as such a happy breed.'

'They are allowed to grow slowly and every single animal is given the right time it needs to mature. Typically Dexter beef is finished at around 24-30 months but it tastes absolutely sensational anywhere from 24-48 months. The muscle fibres make a massive difference. They have the same number as other larger breeds but because the animals are smaller this brings about the finer graining that with he wonderful marbling leads to such an intense and tender flavour.'