Greetings from the North Yorkshire Dales. This month, I have some very exciting news to share; a development that has been ten years in the making.

This past decade we have built an alternative supply chain, one that seeks to reward small-scale farms with a fair price for their quality, all the while looking to provide an outlet for heritage breeds.

From the beginning, I was determined that naming the breed would be part of our service - the squeeze put upon farmers by vast and anonymous supply chains almost did for heritage breeds, but by naming the breed, we could give consumers the chance to encourage farmers to rear more of these wonderful creatures by demonstrating demand. Alongside this, heritage breeds like the Highland do well in extensive, free range systems. It's simply better. Following our lead, other retailers have followed suit. 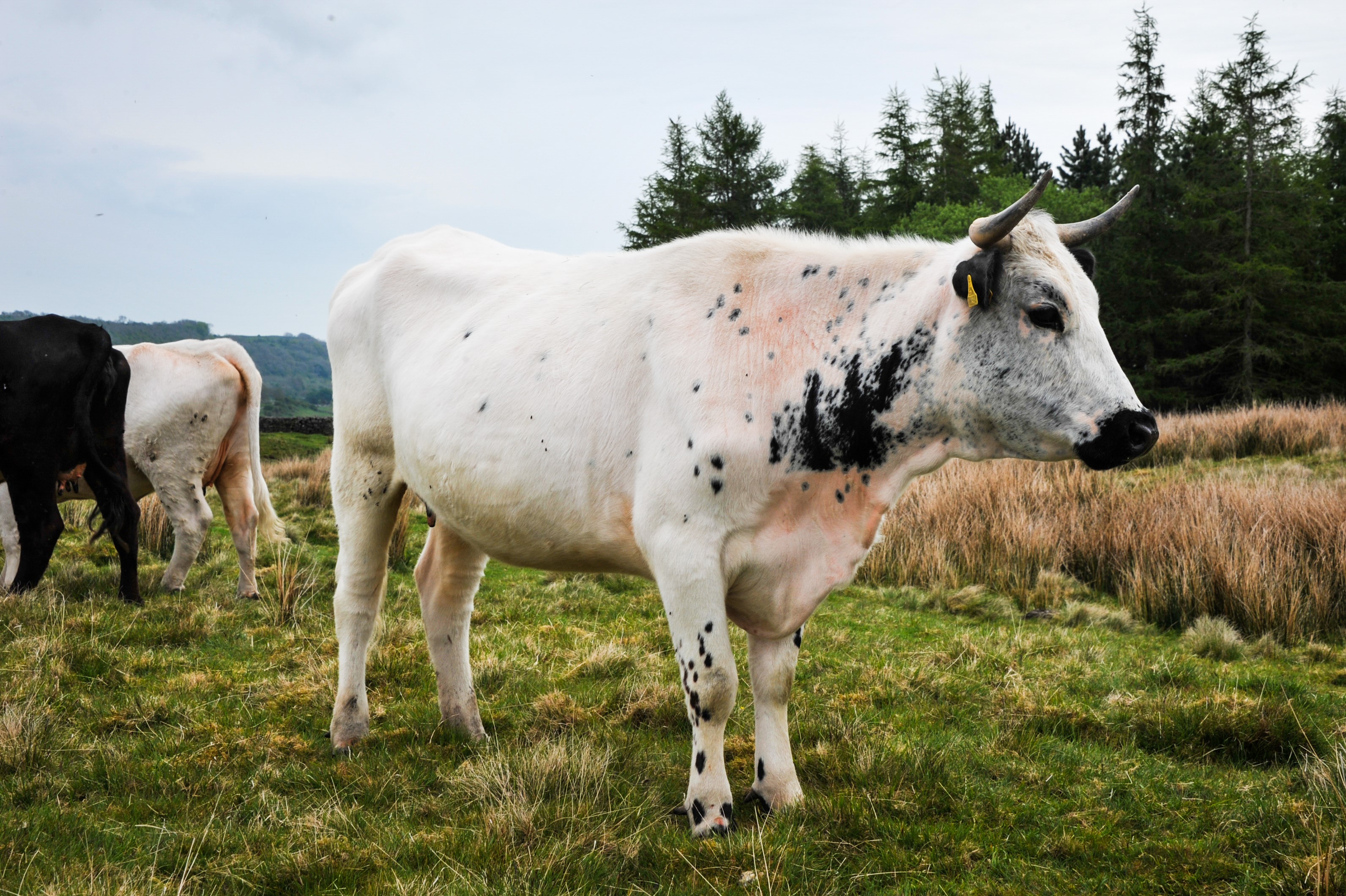 The magnificent beast you can see above is a White Park. One of Britain's rarest breeds of cattle, these wonderful creatures have roamed the British Isles for millennia. My team and I are reviving this ancient breed, with your help. Numbers plunged as low as 60 in 1973, but have since recovered to 950 breeding cows, though they are still classed as "at risk" by the Rare Breeds Survival Trust.

We have financed one of our long-term farmers and friend, Stuart Raw, to begin a new herd at Wensleydale, and grow it. Starting off with a small number of animals, the White Park cattle will graze on upland pastures in the shadow of Castle Bolton in the Yorkshire Dales National Park. We will acquire a pedigree White Park bull when the cows are ready to breed again.

You will be able to buy their meat late next year. By breeding and eating them, we are saving the White Park, and guaranteeing its future. We've already had considerable success working with Stuart, increasing his Dexter herd from 8 to 150 head of cattle.

The White Park will be grazed in a similar way to the Dexter cattle. Stuart runs the herds on the valley tops on rough pasture and in among woodland. The last word you would use to describe this extensive system is "industrial." Lapwings, curlews, and snapes yip and yap around the herd, while the flora of the pasture is remarkable. The free ranging cattle put nutrients back into the soil and they enhance biodiversity, while also enriching the nutritional profile of the meat with omega 3 fatty acids and adding to the flavour of beef known for its succulence, marbling and taste.

Many of our regular customers have written in to comment on the quality of Stuart's beef, and it is with tremendous pride that I know we will soon be bringing White Park beef to you. In many ways, it is the culmination of our efforts to change the supply chain for the better, and a logical next step.

The news of an impending Australia-UK trade deal has overshadowed this news. Many British farmers will face an existential threat due to the apparent willingness of our government to accept free access to cheap meat from Australia. Cheap meat is anything but if it's brought from halfway around the world. British small-scale farmers, who do right by the land and care for their animals properly, are the cornerstone of the countryside.

It's in stark contrast to our scheme to revive the White Park. Of course cattle were introduced to Australia by settlers from these shores, and now the country's vast ranches represent a holding pen for the markets of the Far East. Our White Park evolved to be a part of these islands and are part of our agricultural heritage. They will roam and graze in balance with their surroundings. We don't and won't overstep natural limits for the sake of a mass market.

Of course, the ramifications of such a deal are yet to be seen, but I think there will be a heavy price to pay. The prospect of these custodians being hoovered up by just-in-time agricultural systems is worrying indeed. At a time when our post-Brexit leadership should be driving the transformation of agriculture towards sustainable supply chains, they are threatening to pull the rug from underneath British farmers.

It's up to all of us to do our bit, for the White Park, for sustainable meat.