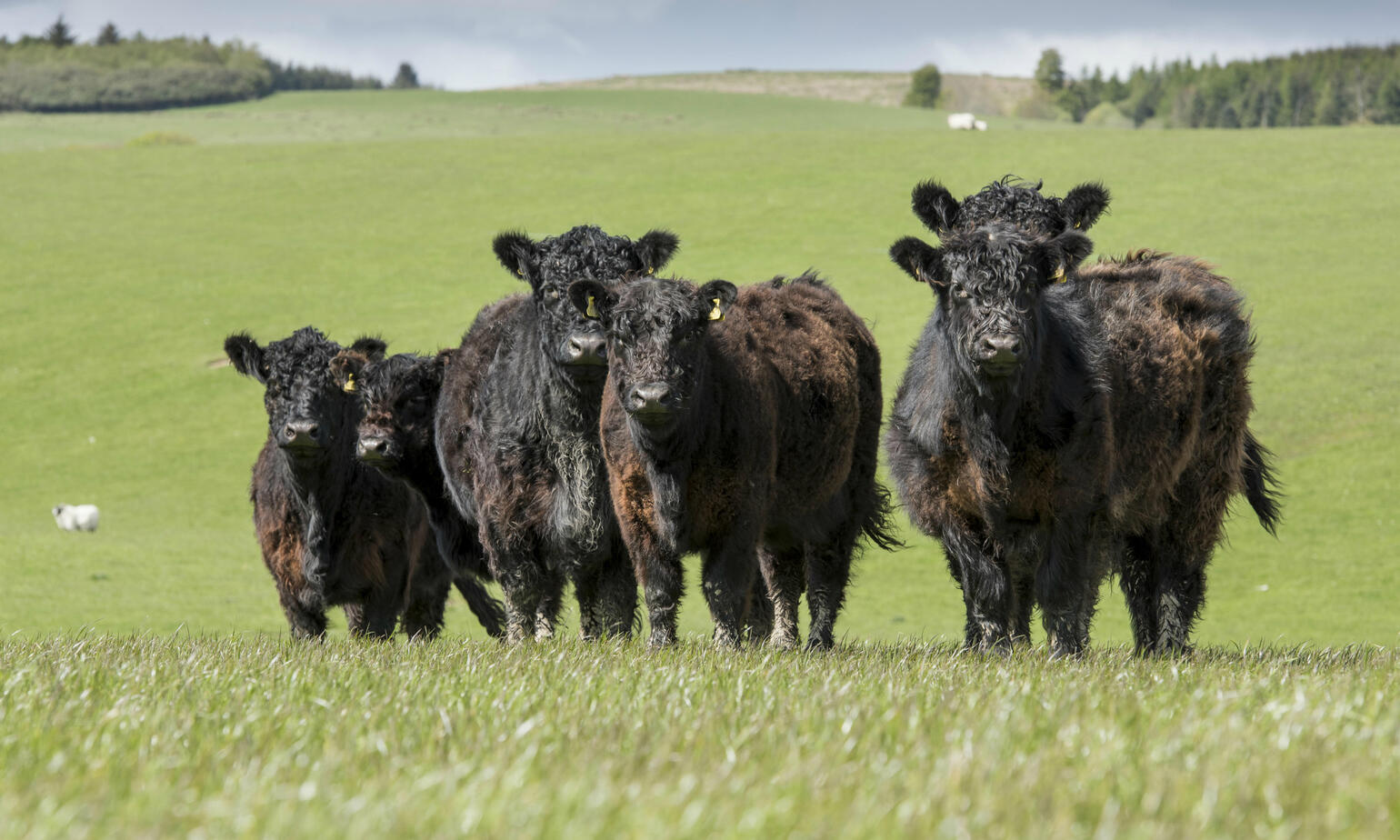 Award-winning investigative food journalist Joanna Blythman is a highly influential and authoritative commentator on the British food chain, winning countless awards for her ground breaking books and was most recently awarded Guild Food Writers Food Writer Of The Year 2018. With decades of experience and a 360-degree angle on big food questions, we asked her the question, is veganism the answer?

"A worrying 'groupthink' now grips the public narrative around what we eat. We're led to believe that unless we abandon our traditional omnivore diet- that's eating from all major food groups, including meat and dairy - the planet will crash and burn.

Although vegans - those who shun animal foods in any form - and vegetarians - those who won't eat meat - account for only around 1% and 5% of the population respectively, a zealous campaign is being waged to convince us that a transition to 'plant-based' eating, en route to full veganism, is one of the most effective ways an individual can help prevent climate collapse.

If we don't embrace plant-based voluntarily, influential lobby groups and policy-shapers heavily invested in this project intend to 'nudge' us into doing so. The Green Party's 2019 election manifesto, for instance, called for a tax on all meat and dairy, irrespective of how it is produced. A couple of universities have now banned meat on campus.

Now, I have studied food for over three decades, relishing its richness and diversity, and investigating how it's produced, so I have examined this fashionable plant-based concept. My conclusion? I certainly won't be adopting this type of eating, or recommending it for anyone else.

For starters, going plant-based automatically means that you have to turn your back on most of the foods the UK is best at producing: meat, dairy, eggs, and fish from our seas. To me this makes no sense. Surely what we put on our plates should reflect the productive capacity of our land? It seems sensible to keep 'food miles', with all their attached environmental costs, to the bare minimum and give pride of place on our plates to foods produced as close to us as possible. Something has gone far wrong with the public conversation of food when jackfruit, an unconvincing substitute for meat that's usually imported in tins from Thailand, or a genetically modified fake meat burger dreamed up by Silicon Valley technologists, is promoted as a more ethical choice than a lamb chop from a British hillside.

I've noticed that the most influential advocates for plant-based have little if any hands-on experience of producing food. Perhaps this is why their broad-brush attack on livestock farmers steadfastly refuses to draw any distinction between industrial factory farming and regenerative farming, effectively smearing the latter with worst case scenario horror stories about the former.

Such ignorance concerns me. We need to understand that pastured (grass-fed) livestock are an indispensable part of the traditional mixed farming system where animals and plants harness the sun's energy to grow in harmony with nature as part of a virtuous biological loop. Two-thirds of UK landscape is unsuitable for anything other than livestock production. Livestock allows wildlife to thrive and abound and builds up the fertility of our soil. The permanent pasture animals graze holds surplus water and prevents soil erosion.

How do plant-based gurus expect us to replace the food animals give us? If the UK were to ditch livestock foods for purely plant-based eating, we'd become even more dependent on imported chemical fertilisers and pesticides, both derived from fossil fuels. Our country's 'food security', our self-sufficiency in food, would drop dramatically and we'd be heavily reliant on foods imported from far-flung corners of the earth.

Another obvious reality about the plant-based plan is that most people who adopt it will end up eating more ultra-processed food. But the ingredient list on vegan fake meat, dairy and egg products make my hair stand on end. Most of them are essentially a composition of heavily processed protein flours and water bonded with glues and additives, such as flavourings, colourings, and emulsifiers. It's obvious to me that it's the ultra-processed food we've started eating in the last 60 years that is driving the modern epidemic of ill health and obesity, not traditional foods, such as meat, in their unprocessed forms.

It's crucial to appreciate that meat, eggs, fish and dairy are the most nutrient-dense foods you can eat. By eating them we can be sure that we're getting all the macro- and micro-nutrients our bodies need in a 'bioavailable,' easily absorbable form. Meat for instance, provides us with the highest quality protein because it has all the essential amino acids, along with the necessary vitamins, minerals, and fats.

Now, compare that with a vegan diet. Unless you take a supplement, or eat an awful lot of vegan processed foods with added synthetic vitamins, you won't get enough vitamin B12, because, as Harvard Medical School explains: 'There are no known plant foods that are natural sources of B12'. Now for me, any diet that leaves you deficient in vital micronutrients is a non-starter.

But what about a plant-based diet? It doesn't sound so extreme as vegan. Let's look at the Eat Lancet plant-based diet that is being heavily promoted. It permits us only an egg and a half each week, and not more than a daily mouthful of red meat. Dr Zoe Harcombe analysed this diet using the US government reference values for micronutrients and concluded that it would leave us deficient not only in B12, but also in vitamins D3, K2, potassium, sodium, calcium, heme iron, and essential fatty acids. One of the limitations with plant foods is that the micronutrients they contain aren't so bioavailable. For example, calcium absorption from spinach is only 5% compared to 27% for milk.

So, neither plant-based nor vegan makes sense to me on health or environmental grounds. That's why I will continue to eat the way my ancestors ate before me, enjoying a nutritious omnivore diet. And I won't be cutting out any food group apart from ultra-processed techno-food. I'll simply continue to choose carefully sourced, ethically produced foods, including meat, and put the ingredients that my country is best at producing at the heart of my diet."